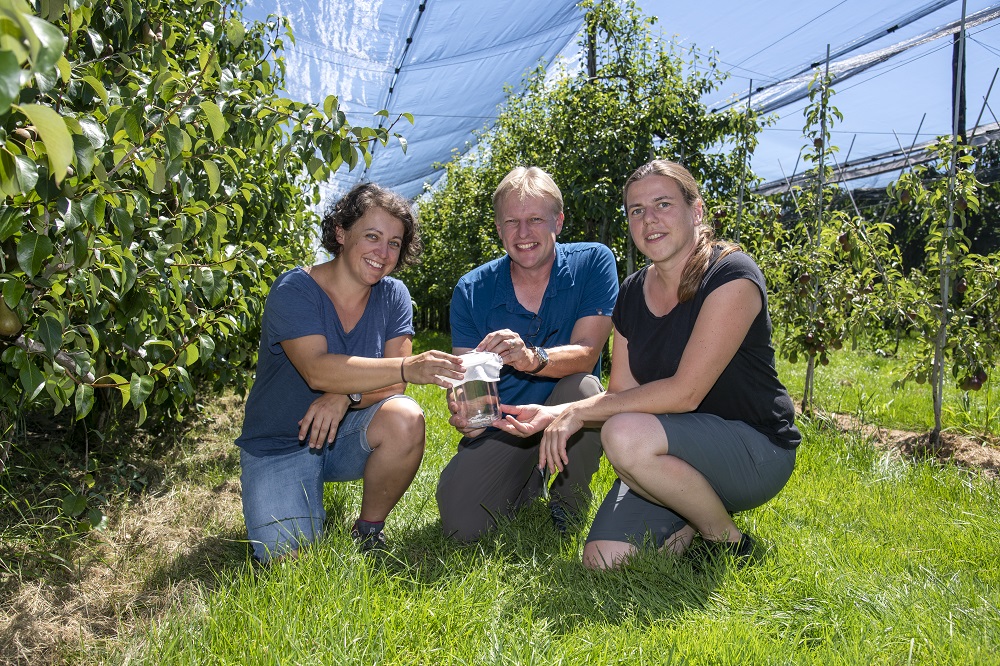 CABI’s Dr Tim Haye has supported colleagues at Agroscope with the first release in Switzerland of the Samurai wasp which, if field trials prove successful, could prove to be a formidable foe against the devastating fruit and nut pest Halyomorpha halys, the brown marmorated stink bug.

Dr Haye, who is based at CABI’s Swiss Centre in Delémont, joined fellow scientists Barbara Egger and Jana Collatz of Agroscope (the Swiss Confederation’s centre of excellence for agricultural research) in releasing 3,000 of the Samurai wasps (Trissolcus japonicus) in a pear orchard in Zurich.

It is hoped the Samurai wasps will prove parasitize the 270 sentinel egg masses of the brown marmorated stink bug that were distributed throughout the orchard and limit the bug’s ability to destroy the orchard’s fruit.

The brown marmorated stink bug, originally from Asia, can cause considerable damage to fruit and nut crops in Switzerland as well as elsewhere in the world. For example, The Guardian newspaper recently reported from how scientists fear the brown marmorated stink bug has spread through eight cities in Turkey, mainly across the Black Sea region, putting around 70% of the world’s hazelnut supply at risk.

Dr Haye, a leading authority on the pest and who has previously conducted research to test the Samurai wasp under laboratory conditions on behalf of a project commissioned by Ferrero, joined the Agroscope team in releasing the Samurai wasps to see if they will find and attack the stink bug’s eggs and how far they will migrate within the orchard. 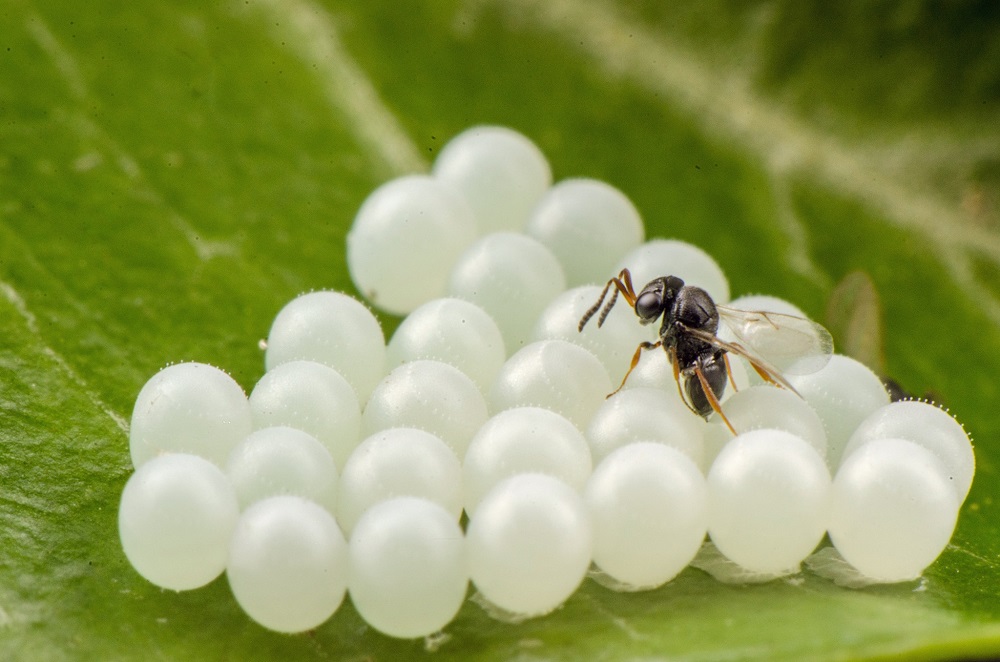 Dr Haye, who in April also shared his expertise on the brown marmorated stink bug at a special seminar convened by the International Nut & Dried Fruit Council (INC) in Istanbul, said, “We already know that the Samurai wasp does not pose a risk to humans or beneficial insects such as ladybirds or lacewings. This field experiment is the first major step to determine if this natural enemy will prove to be an effective biological control for the brown marmorated stink bug in the real-world setting.”

Dr Haye added that he and Agroscope, who monitors the occurrence and development of the stink bug in Switzerland that was first discovered in the country in the early 2000s, will leave the eggs in the orchard for a few days before they are re-collected. They will then rear out the wasps in the laboratory to see if the experiment worked.

Barbara Egger, responsible researcher at Agroscope, is happy about this first field test. She said, “The test is very important to be able to assess whether the samurai wasp naturally fights the brown marmorated sting bug even under Swiss conditions. I’m really looking forward to the results.”

After facing severe crop losses in 2019, farmer Daniel Wegmann made the pear parcel of his farm available for the trial and the Swiss Fruit Association (SOV) and David Szalatnay (fruit department, Strickhof) also helped to make the release attempt possible.

CABI’s partners Agroscope published a press release in relation to this story which can be read on their website.

Find out more about CABI’s work seeking a biological control for the brown marmorated stink bug from this project page.