International trade is a common way for insects to ‘hitch-hike’ their way to new countries. The brown marmorated stink bug, originally from East Asia, has become a harmful invasive pest of many fruit and vegetable crops in North America and Europe. Biological control using Asian or European natural enemies may be an environmentally friendly, cost-effective and sustainable way of managing the pest. CABI is drawing on its network of expertise in Europe and China to explore best options. 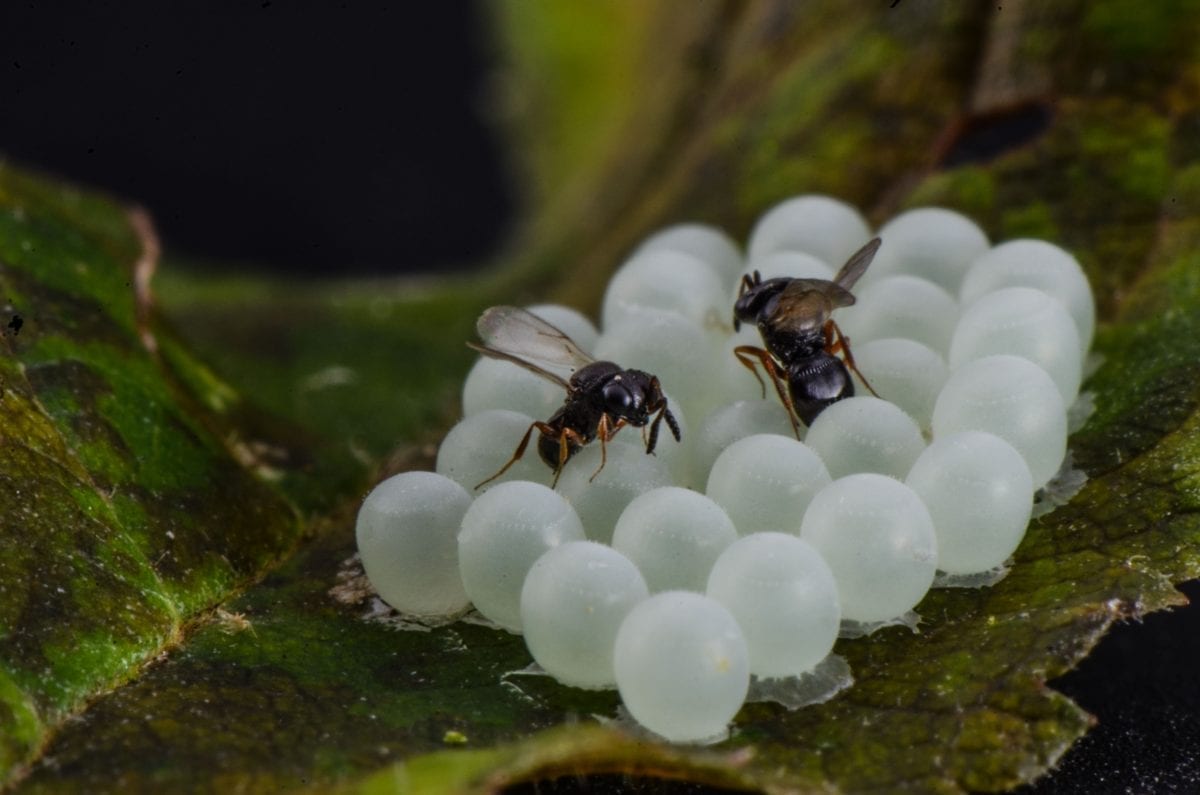 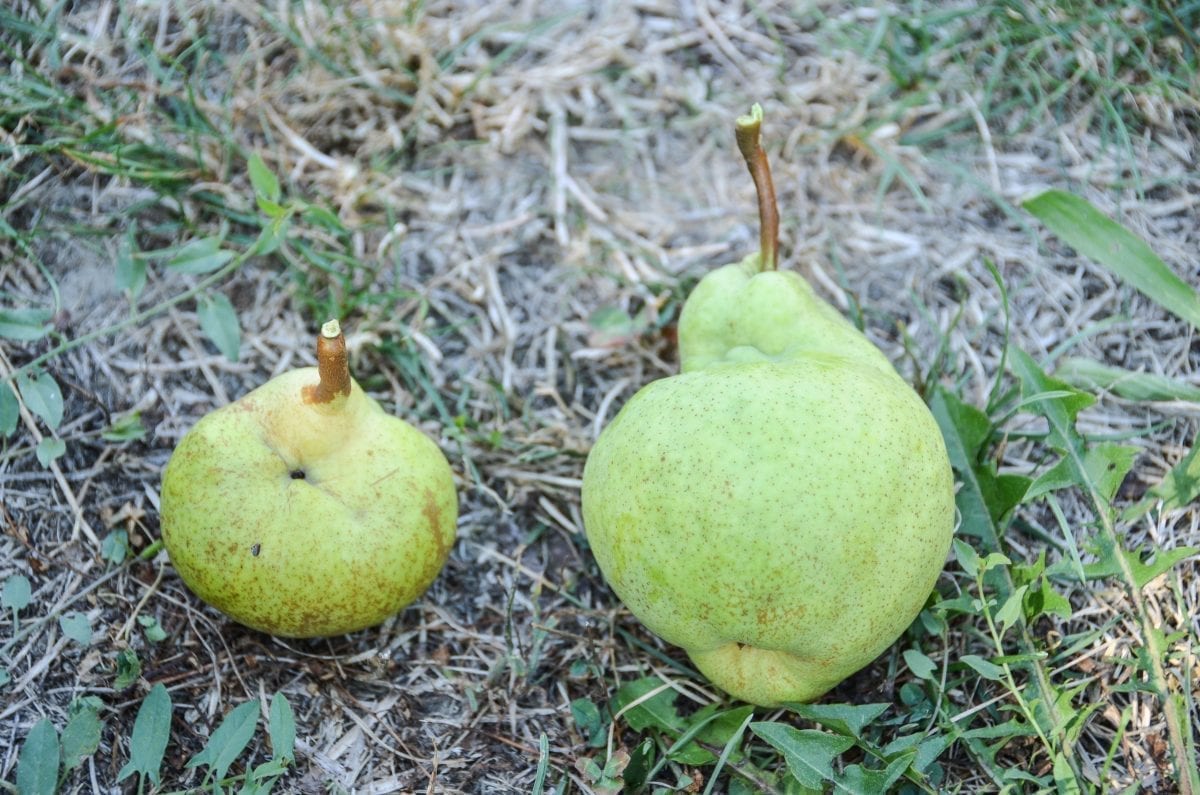 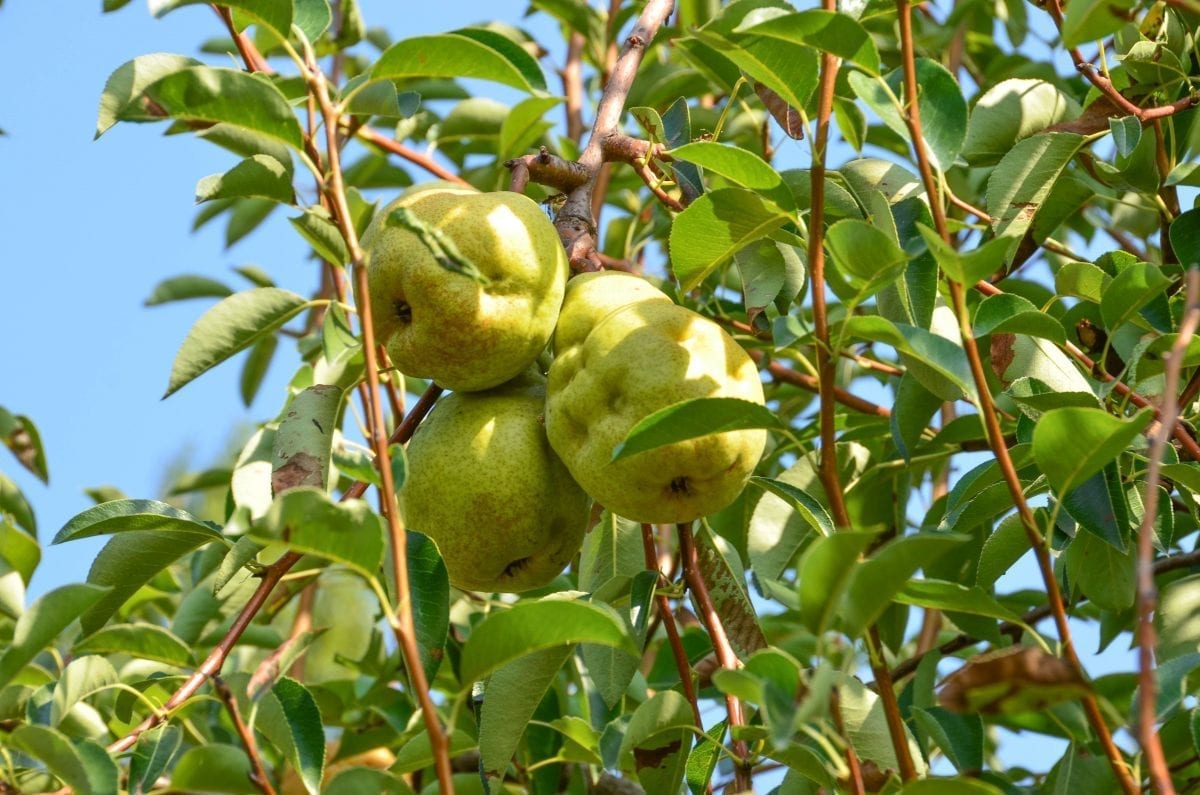 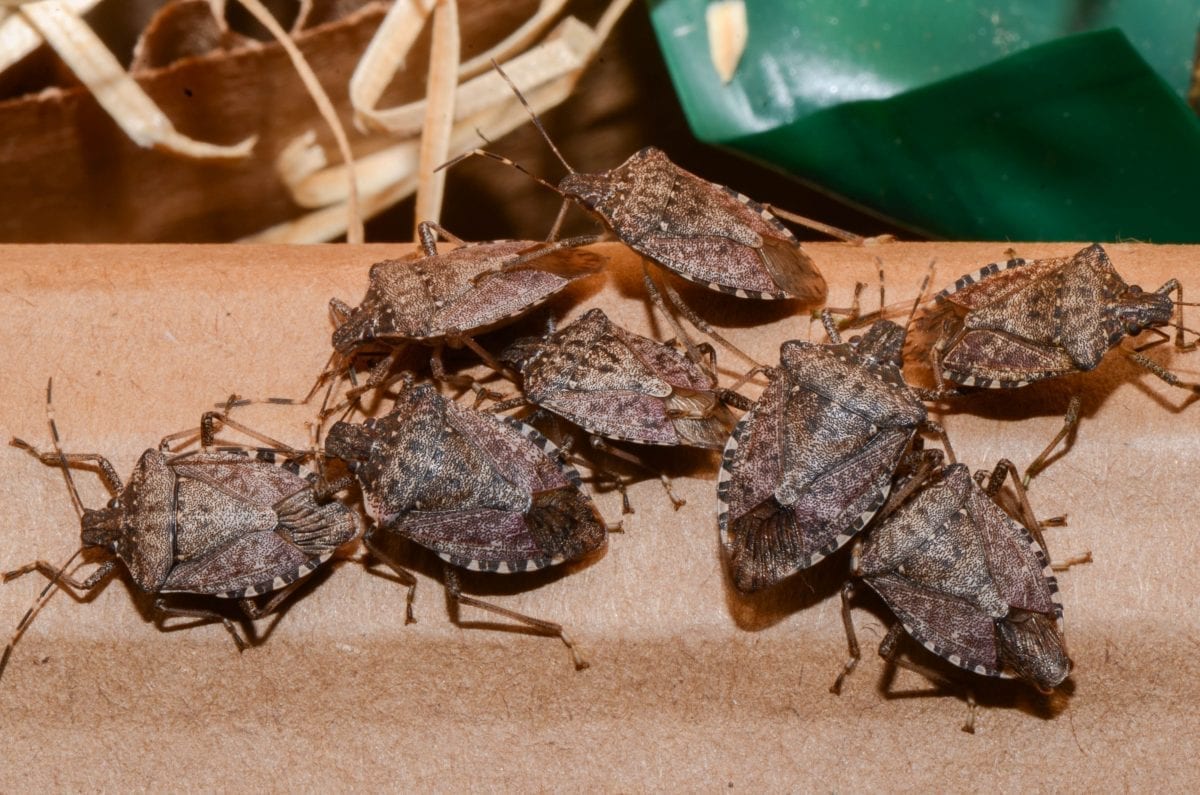 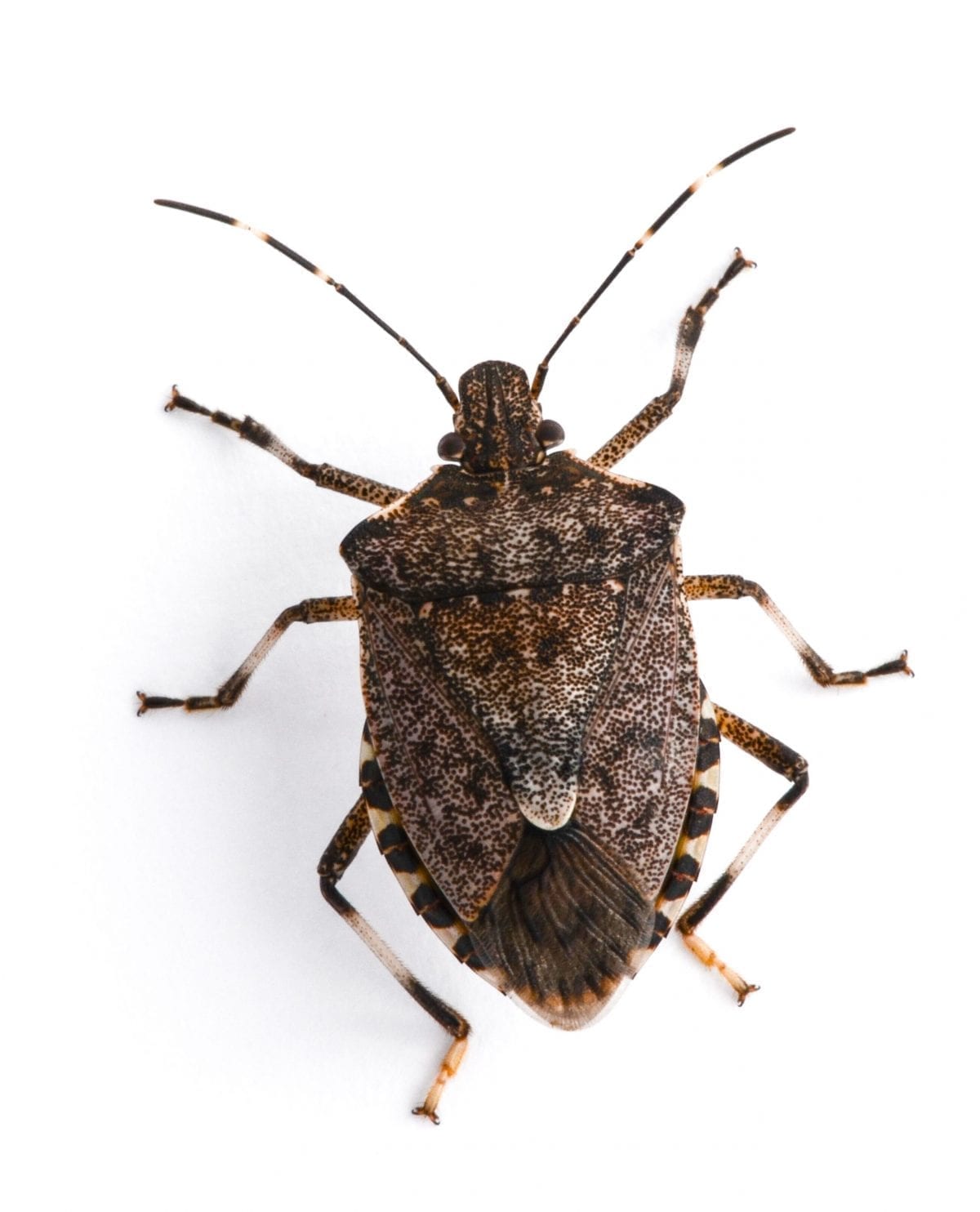 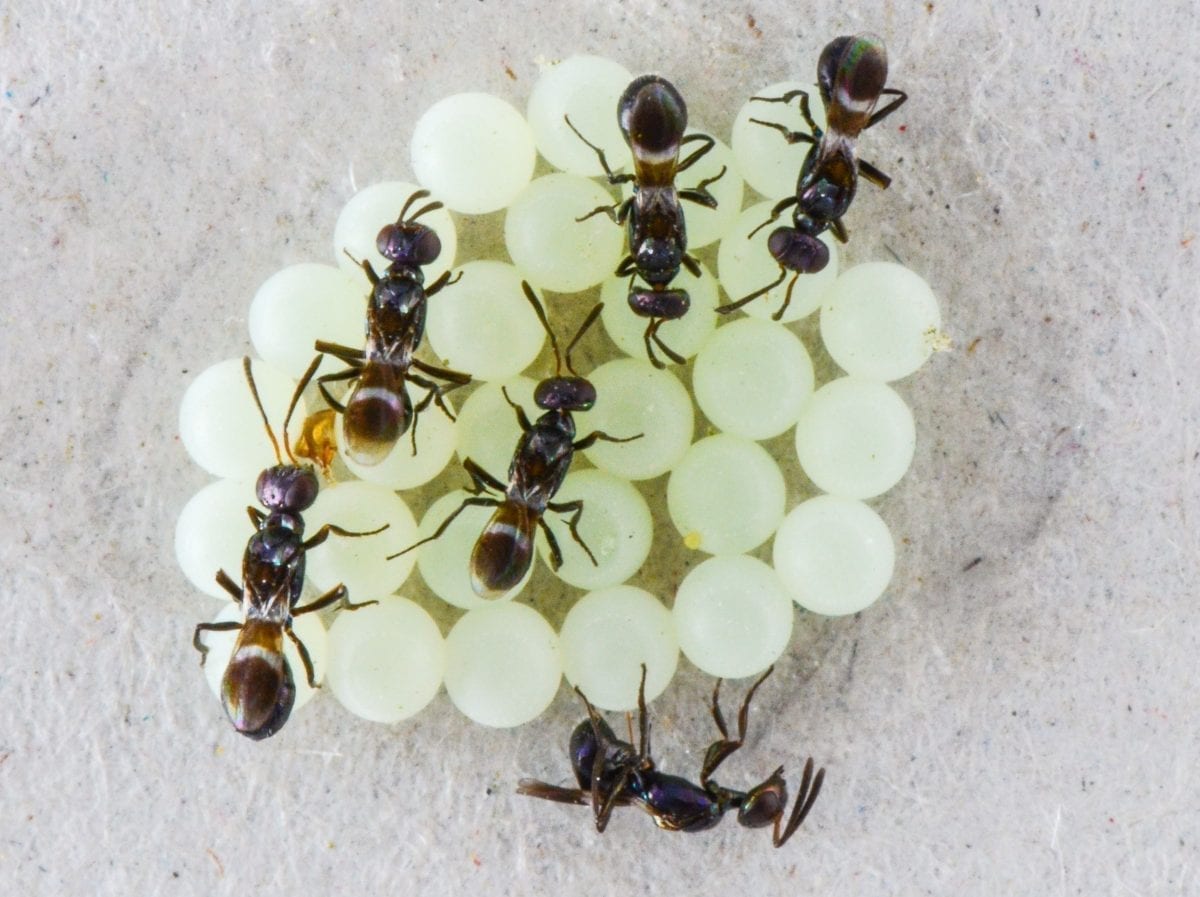 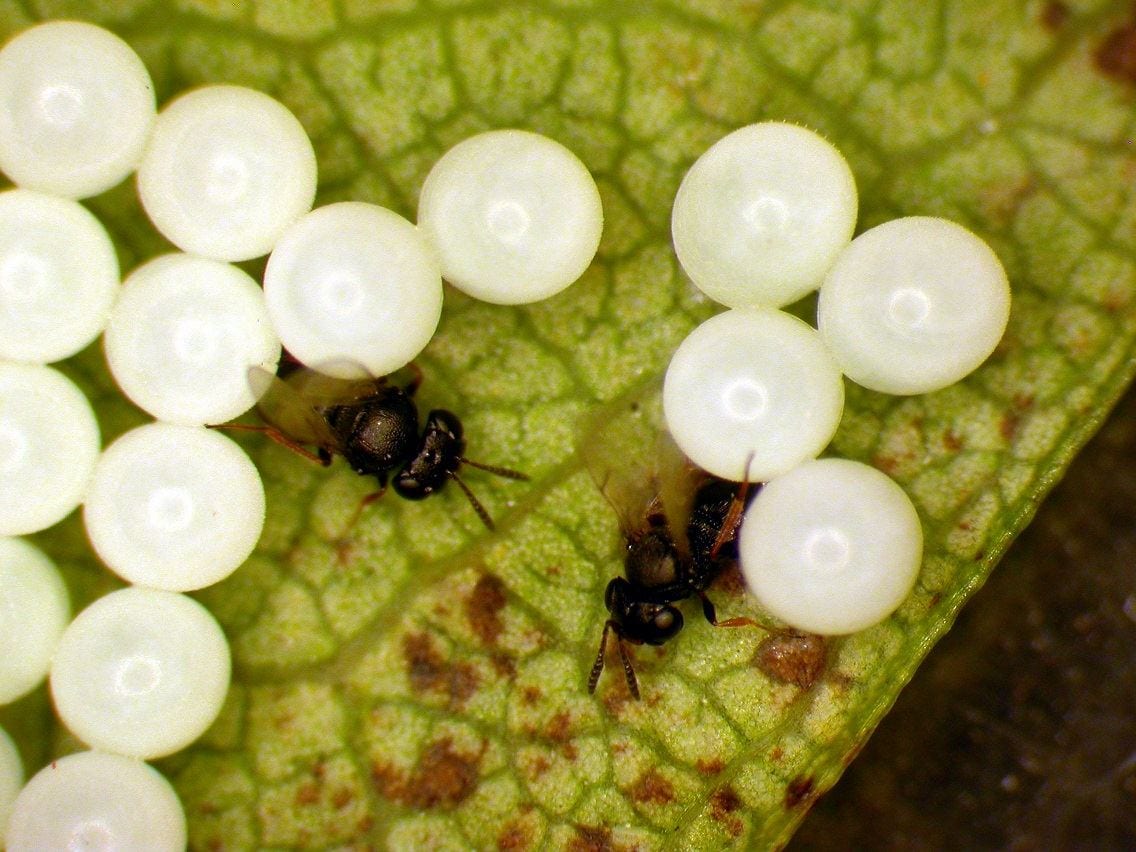 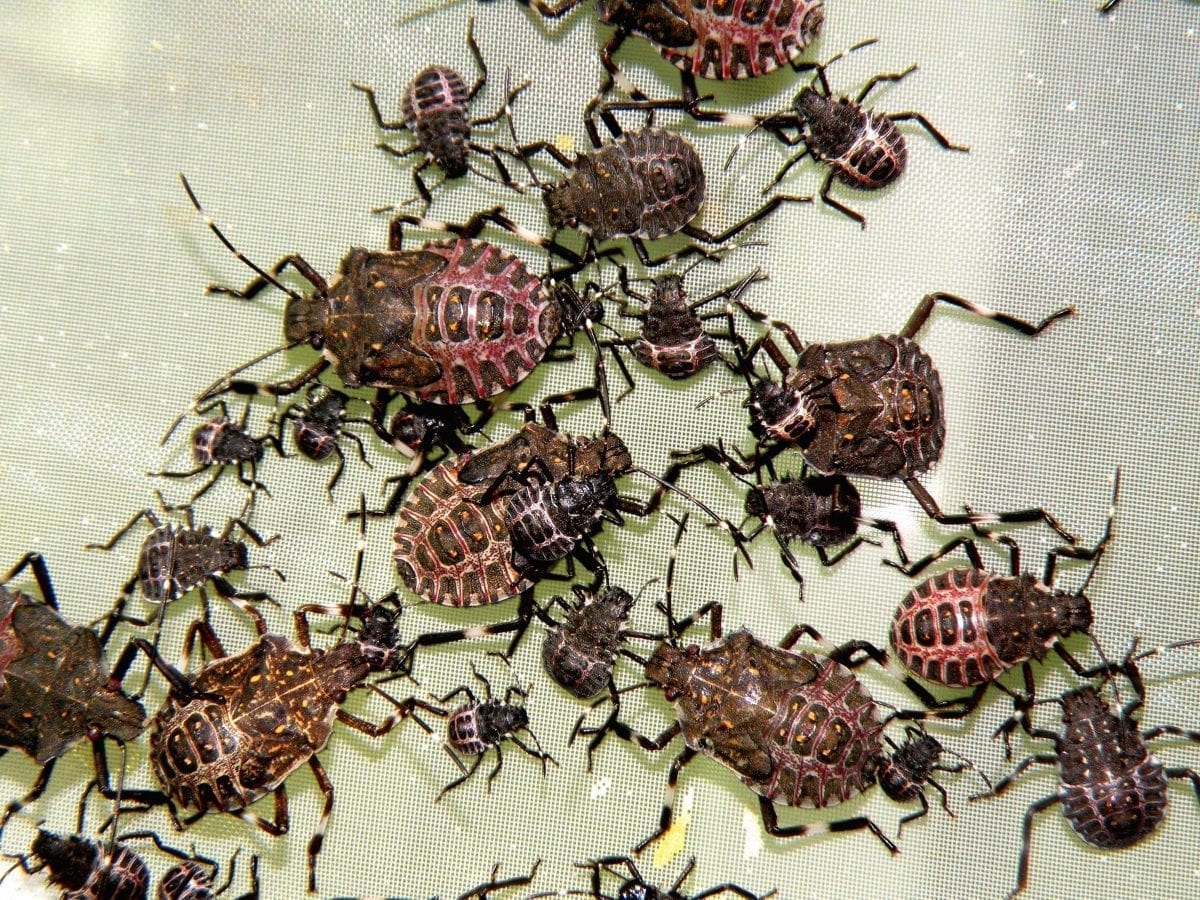 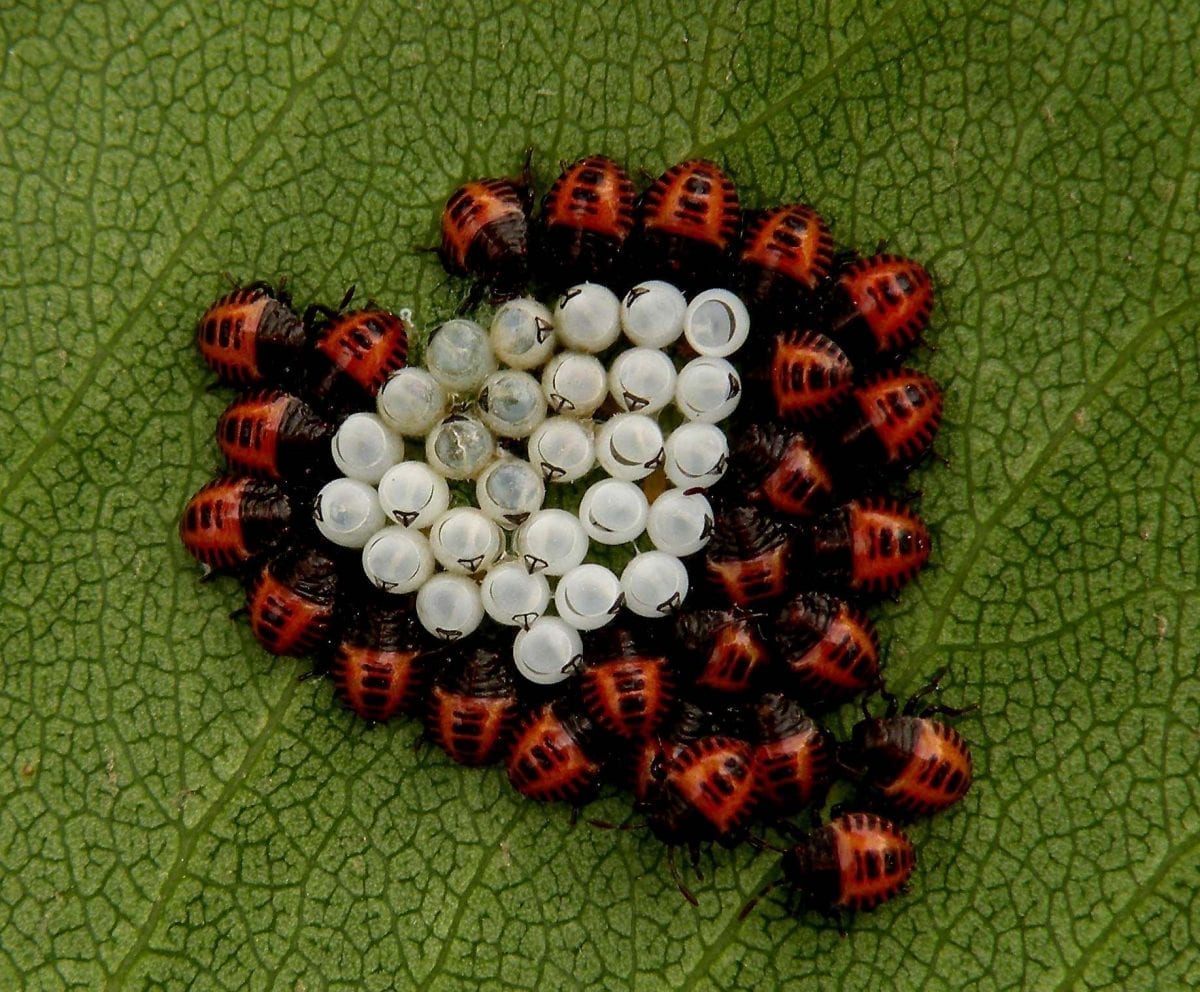 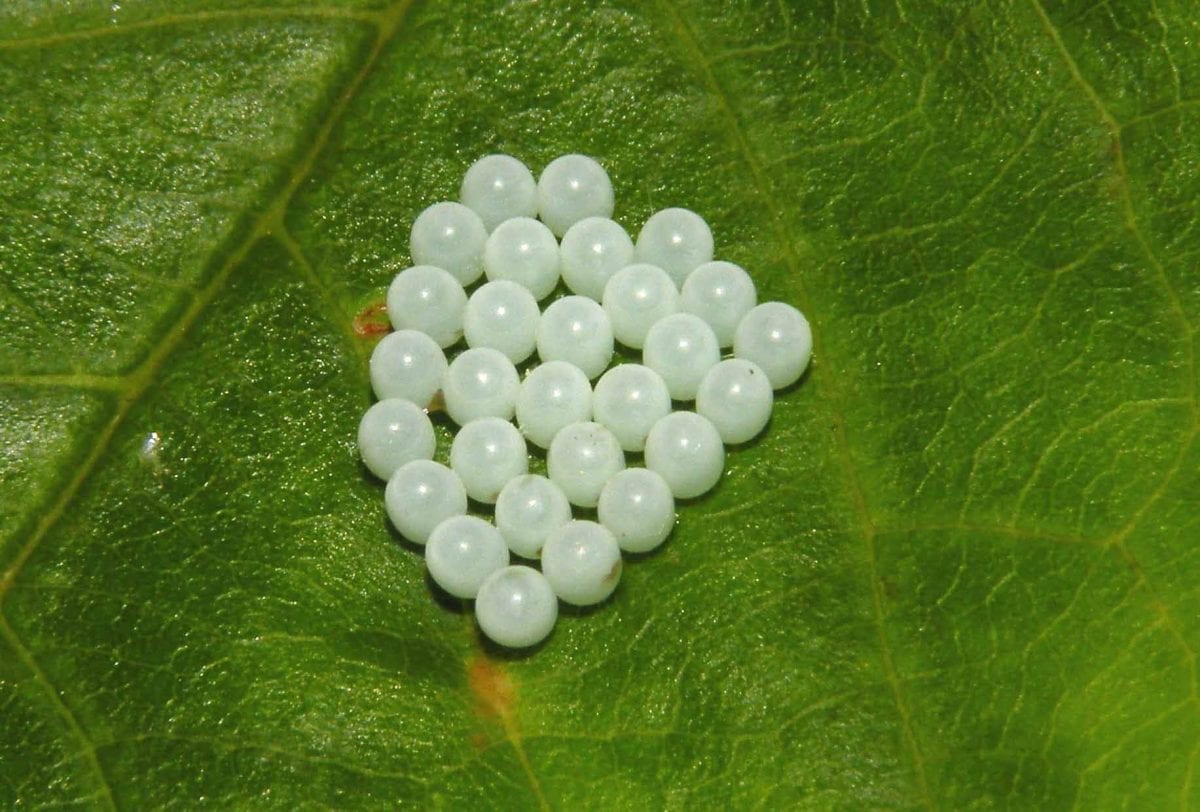 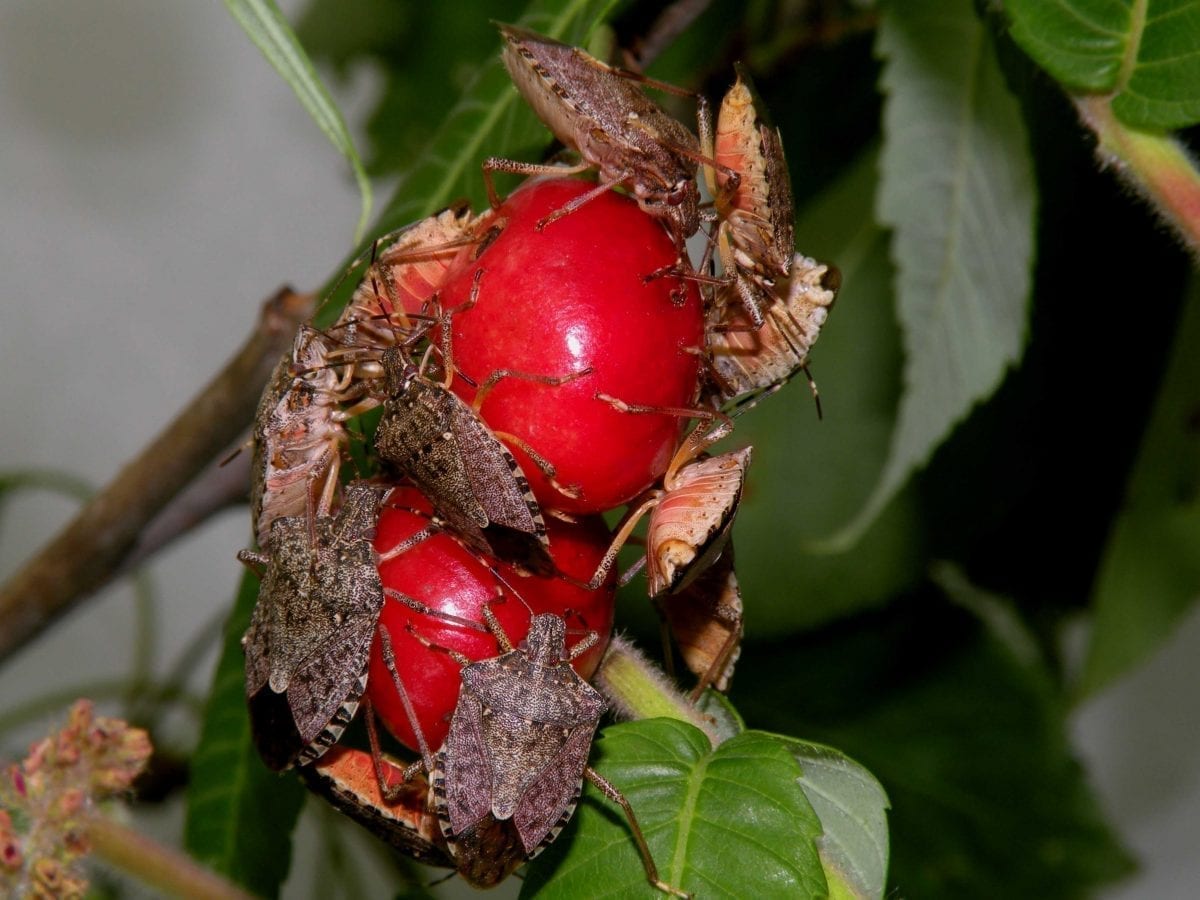 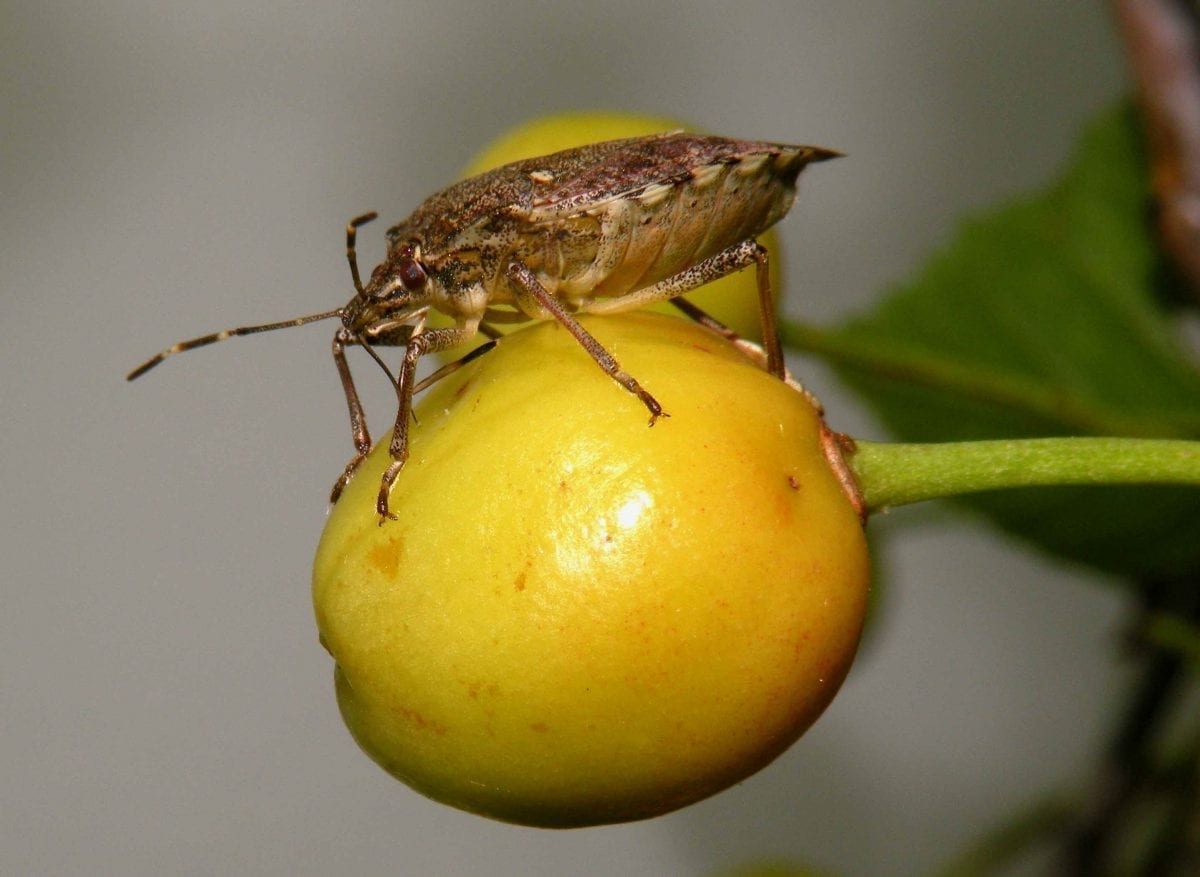 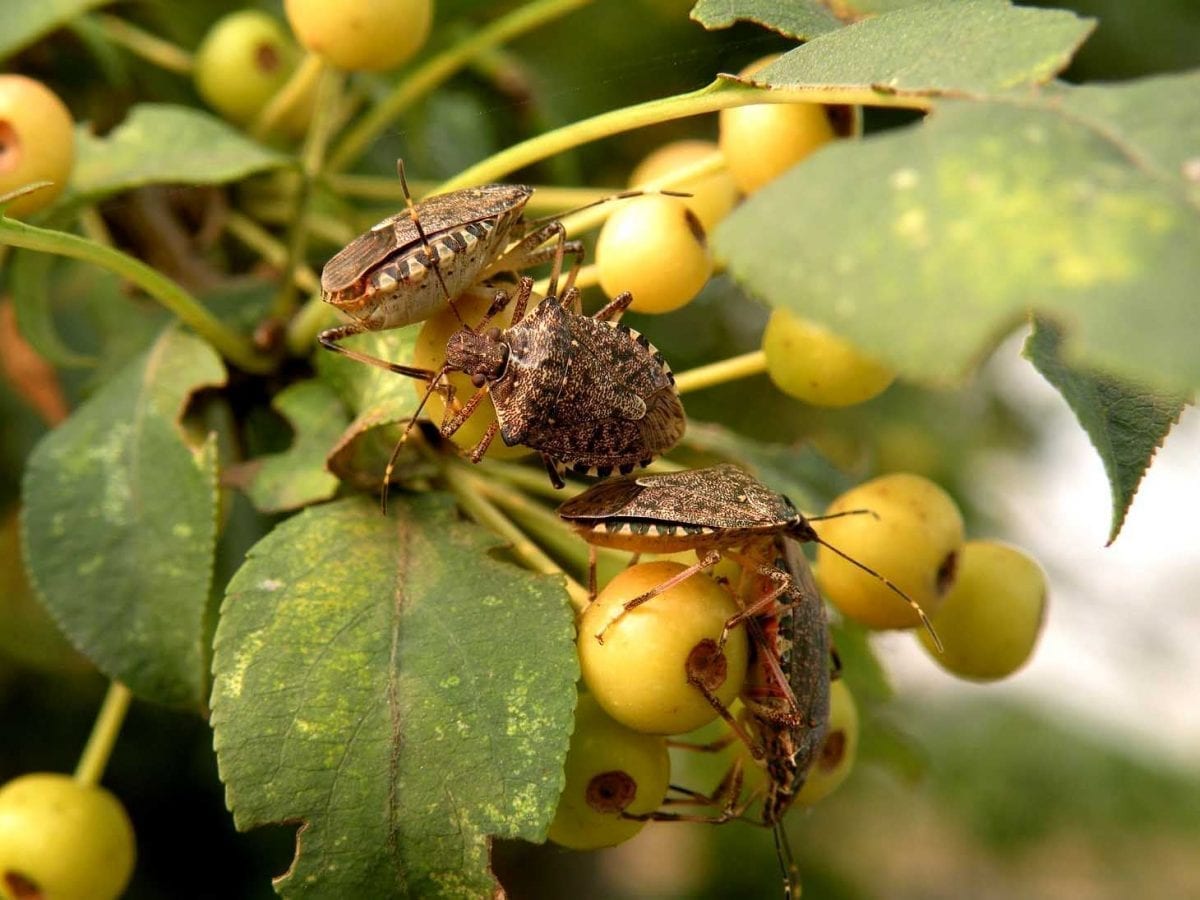 The brown marmorated stink bug, Halyomorpha halys, emerged as a harmful invasive pest of fruit and vegetable crops in North America and Europe in the 1990s and 2000s, respectively. Native to eastern Asia, this highly polyphagous pest, which is able to feed on over 120 different host plants, is spreading rapidly worldwide, notably through human trade-related activities. Coordinated action is needed to slow its spread and mitigate its impacts.

In North America and Europe, control currently relies on broad-spectrum chemical insecticides, but research is being conducted on the potential of natural enemies, such as parasitic wasps. Parasitoids from the pest’s area of origin in Asia for classical biological control and native European parasitoids for inundative control via mass rearing and release are being investigated.

In China, Trissolcus parasitoid wasps cause high levels of egg parasitism in H. halys. One species has recently reached North America: in 2014 T. japonicus was found in the north-eastern USA and is now spreading throughout the country. The parasitoid is known to search for hosts on trees, but we are conducting field experiments in China to investigate whether it attacks H. halys eggs in field crops. We are placing ‘sentinel’ egg masses of H. halys as guards in a variety of vegetable crops and recording parasitism by T. japonicus.

T. japonicus is not present in Europe, so its host specificity needs to be investigated as part of an assessment of whether it is suitable to be introduced. In 2017, we conducted a first set of laboratory tests, exposing egg masses of native European stink bugs to Trissolcus japonicus under quarantine conditions. This study was supported by Ferrero and will be continued in 2018.

In parallel, we are exploring another promising option: some native European egg parasitoid species have started to adopt H. halys as a new host. In the EU-project BINGO, we are investigating whether one of these, Anastatus bifasciatus, could be mass-released as an inundative biological control agent in European apple orchards, and what potential risks might be associated with this.

Preliminary results from China show that T. japonicus is not restricted to forest and fruit tree habitats. Sentinel egg masses exposed in field crops such as corn, soybean and sweet pepper were frequently parasitized by T. japonicus. Exposure in different types of crops is continuing.

Mass-rearing techniques for A. bifasciatus are currently being developed. We are planning to make first inundative releases in apple orchards to evaluate the parasitoid’s potential for biological control in Europe, and releases are being continued. 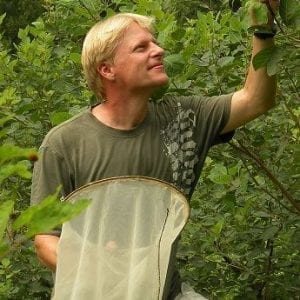 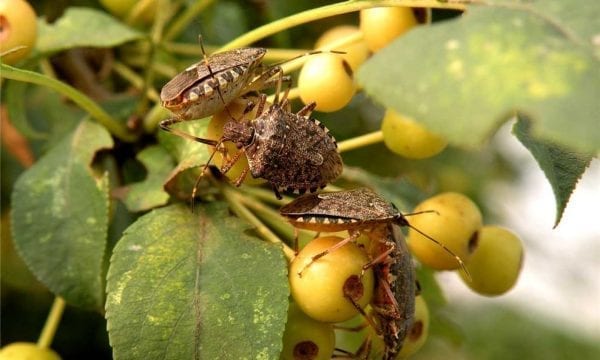