Dr Tim Haye, a leading authority on the brown marmorated stink bug (Halyomorpha halys), has shared his expertise on the pest – including the very latest research to find a natural enemy to fight it – at a special seminar convened by the International Nut & Dried Fruit Council (INC).

Dr Haye, who works from CABI’s centre in Switzerland, told the meeting in Istanbul, Turkey, entitled ‘Stink bugs: A potential threat for Turkish and Mediterranean countries agriculture’, that the Samurai wasp (Trissolcus japonicus) seems to be the most effective egg parasitoid of the stink bug.

The news comes as The Guardian newspaper reported from the seminar how scientists fear the brown marmorated stink bug has spread through eight cities in Turkey, mainly across the Black Sea region, putting around 70% of the world’s hazelnut supply at risk.

Prof Celal Tuncer from Ondokuz Mayıs University’s plant protection department warned, The Guardian states, that if the stink bug’s spread cannot be contained then about 30% of hazelnuts could be damaged. In 2016 caused $60m worth of damage to Georgia’s hazelnut (a third of its crop) and in 2010, $37m worth of apples were destroyed in parts of the USA.

Dr Haye is working to see if the Samurai wasp (from the stink bug’s native range in China) can prove an effective weapon in the fight against the stink bug and serve as a more environmentally-friendly alternative to pesticide control.

CABI has already completed a risk assessment study, funded by the Italian chocolate manufacturer Ferrero, and it is hoped the research conducted in Switzerland will help determine the possible use of the Asian natural enemy against the stink bug in Georgia and elsewhere. 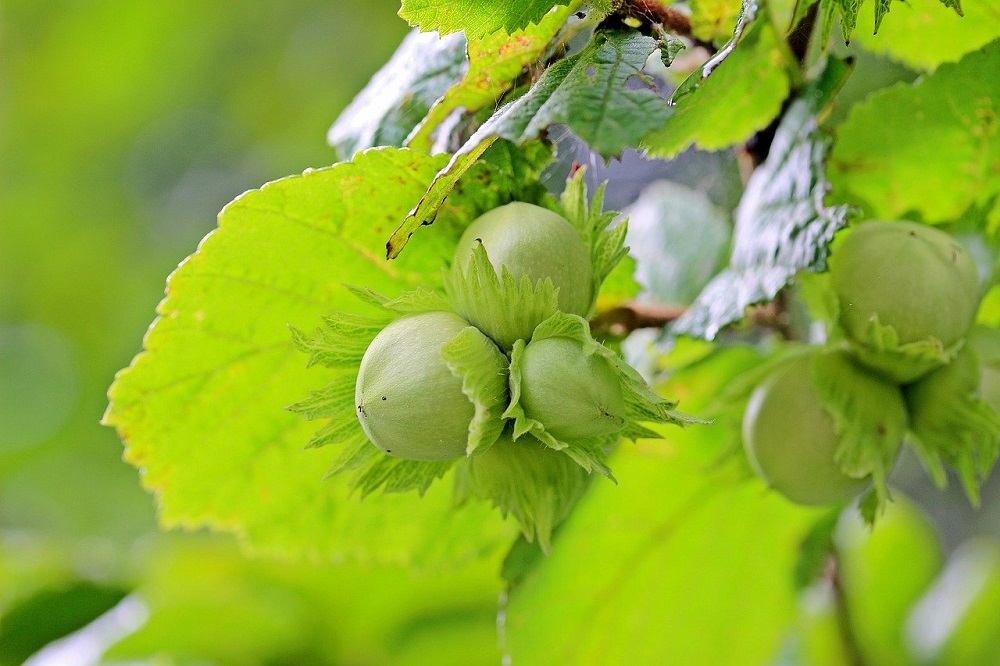 The brown marmorated stink bug has ‘invaded’ eight Turkish cities, mostly across the Black Sea region, threatening around 70% of the world’s hazelnut supply – according to The Guardian newspaper – Photo: Pixabay.

Dr Haye said, “Regardless of its common name, the Samurai wasp does not attack beneficial insects like ladybirds or lacewings and does not pose a risk for human health or honey bees.

“It was found in the US in 2014 and in Switzerland in 2017. In New Zealand, it has been approved for biocontrol even before the brown marmorated stink bug was discovered in the country. In the North of Italy, T. japonicus arrived in 2018 and last week the Italian government permitted its release and re-distribution.

“As for Turkey, more research is required to see if the wasp would be effective there whilst again bearing in mind the need to protect other aspects of the native environment.”

However, in The Guardian article İlyas Edip Sevinç, Head of the Black Sea Region Hazelnut and Hazelnut Products Exporters’ Association, said taking time to thoroughly analyse the risks of samurai wasps would be ill-advised as the stink bug was already established and posed such a threat.

CABI’s work towards a natural control for the brown marmorated stink bug involves working with colleagues in its Switzerland and China offices and is made possible through funding from the European Commission. Its partners also include the Ministry of Agriculture, China, the Phytosanitary Service, Ticino, Switzerland, Office of Landscape, Agriculture and Environment, Zurich, Switzerland, University of Modena and Reggio, Emilia, Italy, and DISAFA, University of Torino, Italy.