You are here: Home / News Articles / Scientists highlight the 13 ‘invaders’ most likely to impact the Antarctic Peninsula over next decade 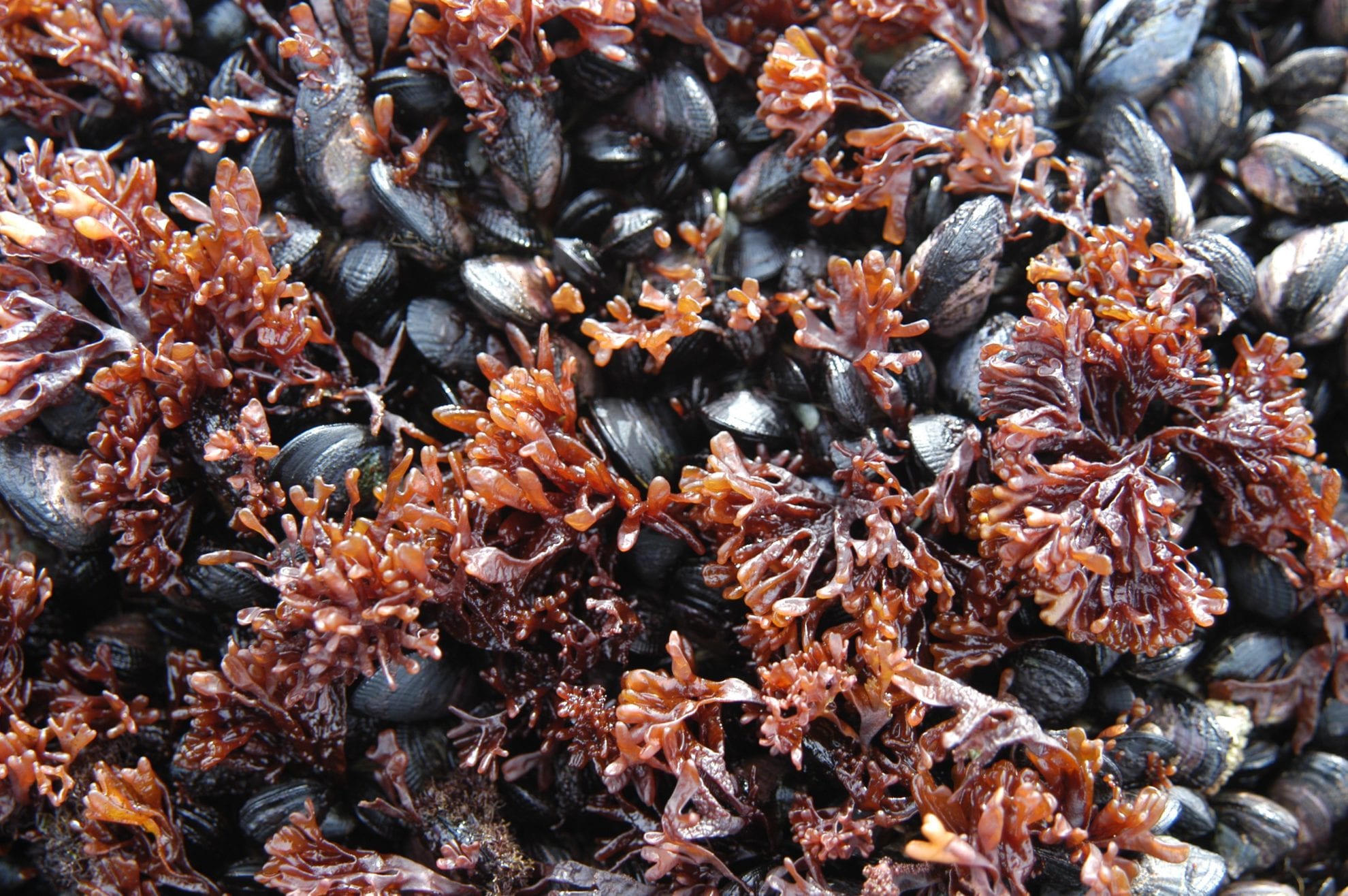 Chilean, Common blue and Mediterranean species of mussel feature on the list of 13 invaders most likely to impact the Antarctic Peninsula region in the next 10 years – Photo: Kevin Hughes and David Barnes @ BAS.

AN invasive plant expert from CABI shared his expertise as part of an international team of scientists who highlighted a list of 13 ‘invaders’ that could contribute to a devastating impact upon the biodiversity and ecosystems in the Antarctic Peninsula region.

Dr Pablo Gonzalez-Moreno joined lead authors from the British Antarctic Survey (BAS) and the UK Centre for Ecology & Hydrology (UKCEH) as part of a new study, published in the journal Global Change Biology, that considered 103 species in detail before focusing on 13 they believe are most likely to invade the Antarctic Peninsula region over the next 10 years.

Those on the list of likely invaders include the Chilean mussel (Mytilus chilensis), Asian kelp (Undaria pinnatifida) and the terrestrial buttonweed plants Leptinella scariosa and Leptinella plumose – which might arrive in a number of ways such as on the clothing and footwear of visitors, on a ship’s hull or even by rats and mice.

The scientists say these species and more may require mitigation measures to lessen their impact on fragile polar biological communities in marine and terrestrial Antarctic habitats which are vulnerable to invasion from other parts of the world.

Dr Gonzalez-Moreno contributed to the research, which involved the analysis of hundreds of academic papers, reports and databases, by sharing his expertise on invasive plants during a workshop. This included an exercise, using CABI’s Horizon Scanning Tool, to identify the invasive species and before the scientists agreed to rank them in order of highest impact.

His participation in the study was within the auspices of the £144,000 Darwin Plus project, funded by a UK Government Grant Scheme under the Darwin Initiative, which has a particular focus on improving Pest Risk Assessment procedures in the South Atlantic working closely with the UK Overseas Territories of St Helena and the Falkland Islands.

Lead author Dr Kevin Hughes, an environmental researcher at BAS, said, “The Antarctica Peninsula region is by far the busiest and most visited part of Antarctica due to growing tourism and scientific research activities.

“Non-native species can be transported to Antarctica by many different means. Visitors can carry seeds and non-sterile soil attached to their clothing and footwear. Imported cargo, vehicles and fresh food supplies can hide species, including insects, plants and even rats and mice.

“Marine species present a particular problem as they can be transported to Antarctica attached to ship hulls. They can be very difficult to remove once established.” 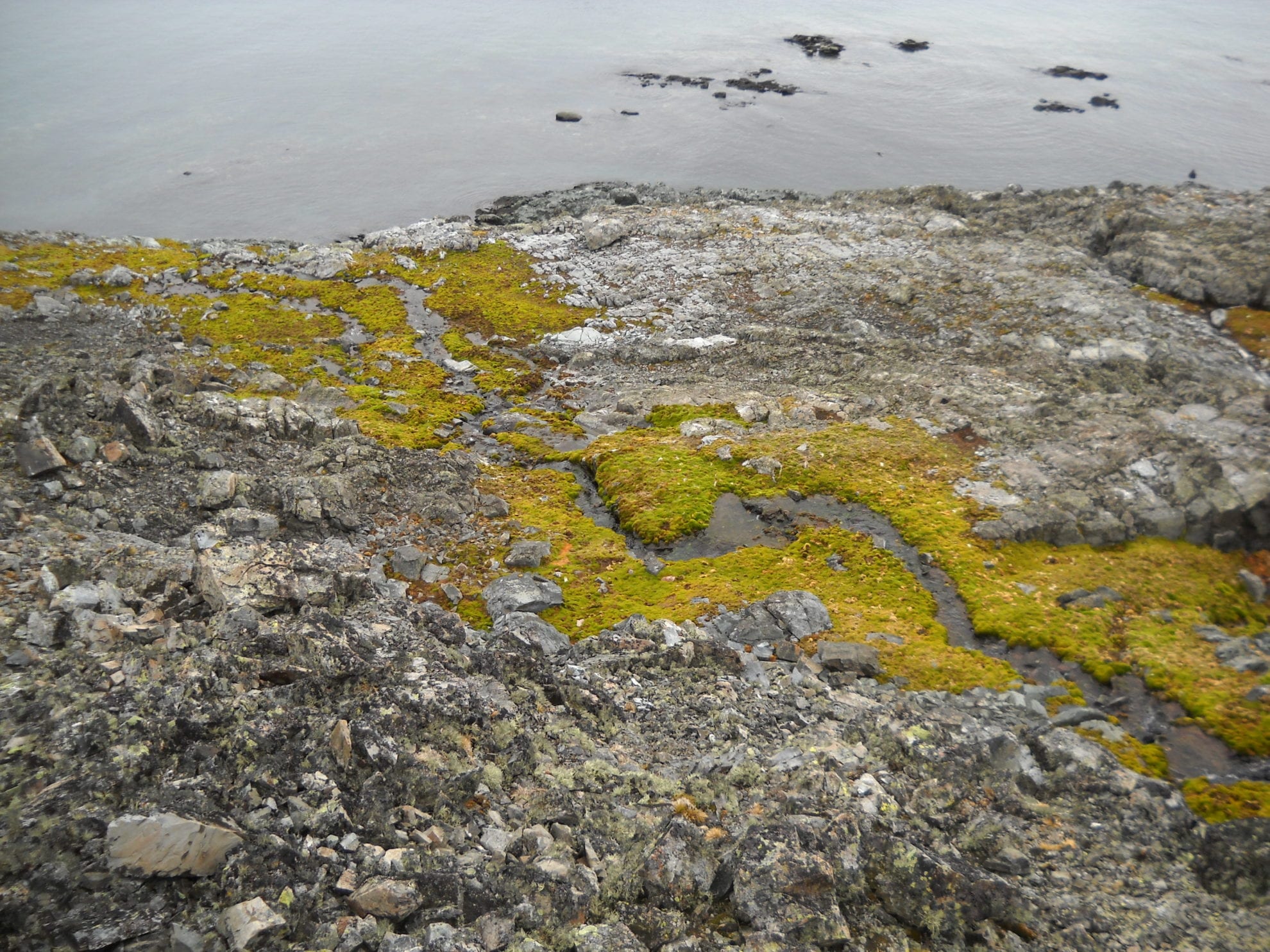 The terrestrial habitats of the Arctic Peninsula are sensitive to invasion from a range of invasive species – Photo: Kevin Hughes and David Barnes @ BAS.

Dr David Barnes, BAS marine biologist and co-author, said, “Marine invertebrates such as mussels and crabs are top of the list of species considered most likely to invade the Antarctic Peninsula region, but flowering plants such as buttonweeds (e.g. Leptinella scariosa) and mites and springtails were also identified.

“We know mussels can survive in polar waters, and can spread easily. When they establish they can dominate life by smothering the native marine animals that live on the seabed.”

Some of the sub-Antarctic islands such as Marion Island and South Georgia have already been invaded by rats, mice or other vertebrates. However, this is not expected to happen on the Antarctic Peninsula anytime soon.

Professor Helen Roy, an ecologist at the UK Centre for Ecology & Hydrology who oversaw the study, said, “We think the conditions in the Antarctic Peninsula region will remain too extreme to allow rodents to colonise outside. However, rats and mice could survive by hiding within research station buildings, so everyone needs to remain vigilant for droppings and gnaw marks”.

Some non-native species have already established themselves near research stations and visitor sites. Eradication of invasive species is possible but has proven difficult and costly.

Professor Roy added: “It is critical to ensure that comprehensive biosecurity checks are implemented by all visitors coming to the area to prevent invasive non-native species getting to Antarctica in the first place. Only then will we be able to reduce the risks and protect these amazing, but vulnerable Antarctic communities from the threat of invasive non-native species.”

This study was funded by the UK Government through the GB Non-Native Species Secretariat and Natural Environment Research Council (NERC-UKRI), and includes scientists from Argentina, Austria, Belgium, Cyprus, Ireland, Italy, Spain, the United Kingdom (including its Overseas Territories of the British Antarctic Territory, Falkland Islands, South Georgia & the South Sandwich Islands and Tristan da Cunha) and the United States.

British Antarctic Survey (BAS), an institute of the Natural Environment Research Council (NERC), delivers and enables world-leading interdisciplinary research in the Polar Regions. Its skilled science and support staff based in Cambridge, Antarctica and the Arctic, work together to deliver research that uses the Polar Regions to advance our understanding of Earth as a sustainable planet. Through its extensive logistic capability and know-how BAS facilitates access for the British and international science community to the UK polar research operation. Numerous national and international collaborations, combined with an excellent infrastructure help sustain a world leading position for the UK in Antarctic affairs. For more information visit www.bas.ac.uk

The UK Centre for Ecology & Hydrology (UKCEH) is a centre for excellence in environmental science across water, land and air. Our 500 scientists work to understand the environment, how it sustains life and the human impact on it – so that together, people and nature can prosper.
We have a long history of investigating, monitoring and modelling environmental change, and our science makes a positive difference in the world. The issues our science addresses include: air pollution, biodiversity, biosecurity, chemical risks, extreme weather events, droughts, floods, greenhouse gas emissions, land use, soil health, sustainable agriculture, sustainable ecosystems, sustainable macronutrient use, and water resources management.
The UK Centre for Ecology & Hydrology is a strategic delivery partner for the Natural Environment Research Council, part of UK Research and Innovation.
www.ceh.ac.uk @UK_CEH 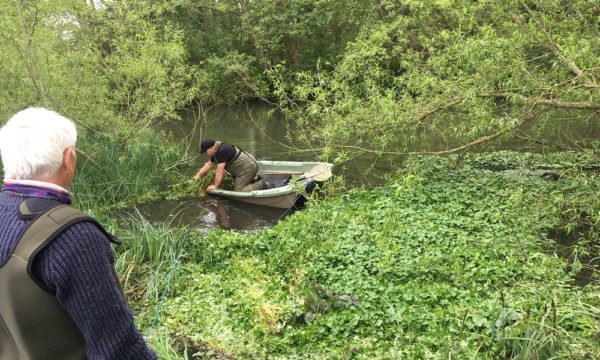 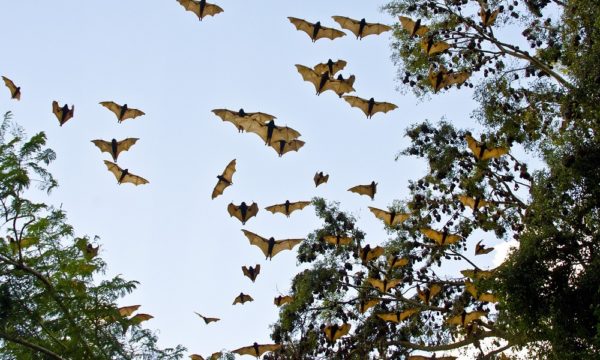 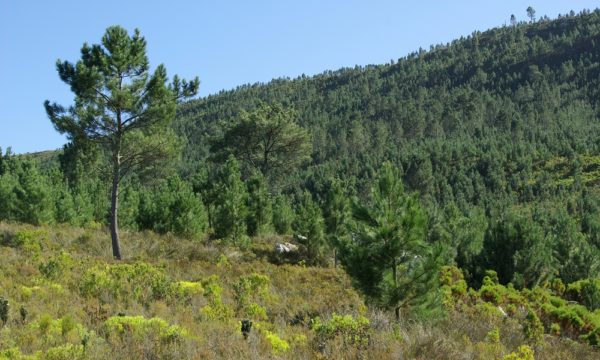 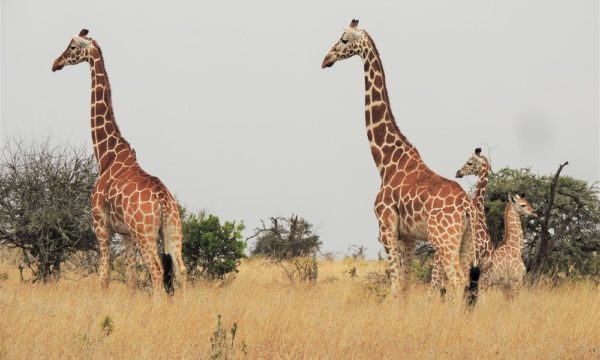