You are here: Home / News Articles / New study reveals use of antibiotics on crops is more widespread than previously thought 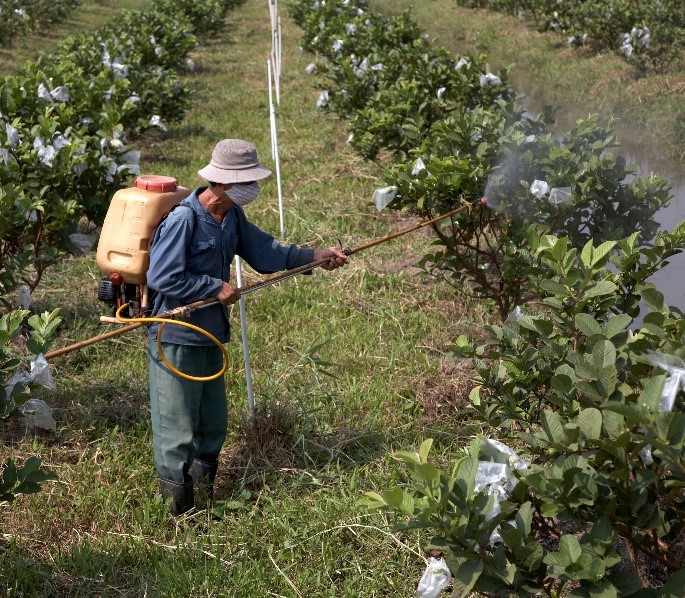 The world is very aware of the overuse of antibiotics and the development of resistance in bacterial populations. This has led to calls for greater control and monitoring of their use in both human and veterinary medicine. What is less well known is that antibiotics, are routinely used in crop production and according to new research are being recommended far more frequently and on a much greater variety of crops than previously thought.

The use of antibiotics to control plant diseases is not new, they have been used for decades on crops like apples and pears, after being shown to be an effective means of controlling some bacterial diseases, however the extent of their use worldwide has been little studied and is largely unknown.

A recent joint investigation by the FAO, OIE and WHO into antibiotic use found that the numbers of countries that are currently monitoring the use of antibiotics in crop cultivation is very low compared to those monitoring antibiotic use in the veterinary and medical arenas. Out of the 158 countries questioned, only 3% indicated they had any kind of regular assessment of the types and amounts of antibiotic use on crops. This contrasts strongly with countries that have monitoring systems in place for human use (26%) and animal health (23%). This lack of data on the use of antibiotics in crop-based agriculture has led many people to presume the amounts being used were negligible.

The new research was an analysis of more than 436,000 records from Plantwise plant clinics in 32 countries between 2012-2018. It revealed that antibiotics, some of which are considered critically important for human medicine, are being recommended for use on over 100 crops and in some cases in copious quantities and as prophylactic treatments.

The paper, published in CABI Agriculture and Bioscience, estimate that annually 63 tonnes of streptomycin and 7 tonnes of tetracycline (both critically important antibiotics in human medicine) are sprayed on the rice crop in South East Asia alone. In some years and in some regions nearly 10% of rice recommendations featured an antibiotic.

Whilst antibiotics are predominantly used against bacterial diseases there is an alarming proportion of recommendations containing antibiotics against other crop problems where the antibiotic will have no effect.

The researchers found that 11 antibiotics (often blended together) are being recommended on crops grown in the Americas, Eastern Mediterranean, South East Asia and the Pacific rim countries. The regional variation is considerable both in quantity and class of antibiotic, but it was noteworthy that no antibiotic recommendations were recorded from Africa, despite the large number of records from this region.

Dr Taylor added, “It is very interesting that there are no records from Africa, you may suspect that this was due to price, yet that does not appear to be the reason.”

Although the quantities used on crops globally are comparatively small relative to medical and veterinary use this niche does provide some unique avenues by which resistance could develop in human pathogens. It has been shown that when antibiotics are mixed with other agro chemicals, bacteria can develop resistance to the antibiotic up to 100,000 times faster. This coupled with the consumption of raw food may provide an avenue for the production of resistant bacteria.

Co-author, Dr Rob Reeder, said, “Further research into the scale of antibiotic use in crop protection is warranted as the potential for interactions with other crop protection products that might promote cross-resistance or co-selection for antibiotic resistance is considerable. 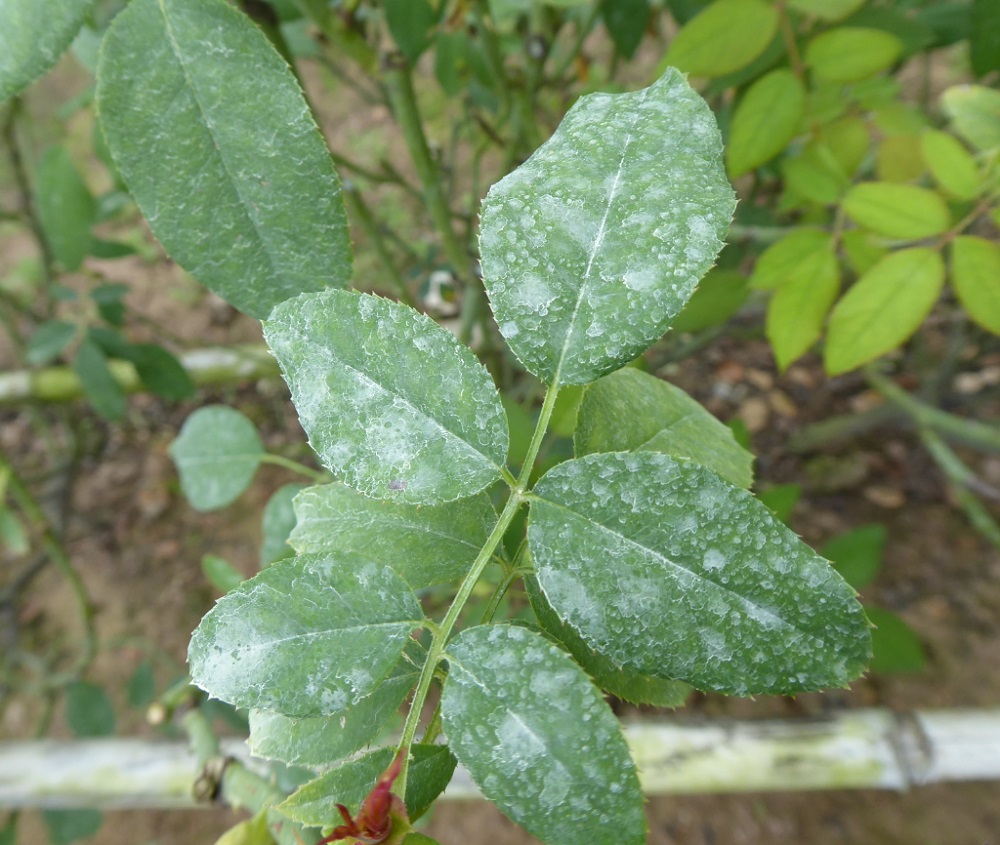 Spray residue on rose following a recent spraying of a fungicide and a streptomycin/tetracycline blend in South East Asia.

Dr Taylor added, “Some evidence suggests that crops are a potential vehicle for resistant bacteria to enter the human gut and is an area where further research is needed”. The science around the development of antibiotic resistance is still being hotly debated with those who advocate their use on crops are quick to point out that there is no proven evidence of resistance having spread from plant pathogenic bacteria to human or animal pathogens.

“It is hoped that the data presented in this paper will increase the debate regarding the use of antibiotics against crop pathogens and that crop production will be included under the one health umbrella.”

The paper is available as an open access document here:

Plantwise has a network of over 3,700 plant clinics in 34 countries around the world. Plant clinics are a meeting place where local agricultural advisory officers, known as plant doctors, help farmers struggling with plant pests and diseases. They provide diagnoses and management advice for any problem and any crop.