You are here: Home / News Articles / CABI teams up with colleagues to pioneer the biological control of Japanese knotweed in the Netherlands 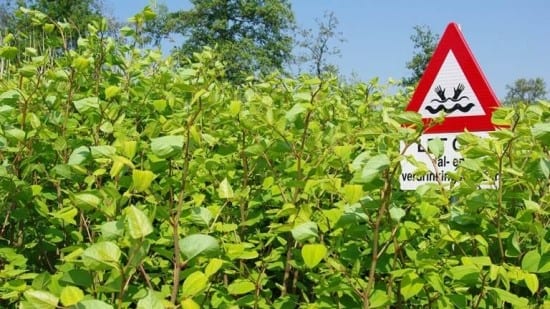 The impact of Japanese knotweed knows no bounds and includes rivers, roads and railways

CABI is sharing its expertise in invasive weed management to help colleagues in the Netherlands control the scourge of Asian knotweeds (Fallopia spp.) which is threatening to dominate native biodiversity, impinge on water quality and extenuate flood risk.

Scientists from CABI’s laboratories in Egham, UK, have teamed-up with Koppert Biological Systems, Leiden University and Probos, to work on two biological controls – the sap-sucking psyllid Aphalara itadori and the leafspot fungus Mycosphaerella polygonicuspidati – to try and manage the highly invasive weed in the Netherlands for the very first time.

Japanese knotweed was introduced to the Netherlands as an ornamental garden plant from Asia between 1829 and 1841. However, the species – which is also a nuisance to anglers, boaters and other river users as well as homes and transport lines (roads and railways) – has since been described as becoming highly invasive.

In the UK, for example, it is estimated that a nationwide attempt to control the weed would cost over £1.56 billion. Available control methods, relying mainly on chemical and mechanical approaches, are widely considered to be unsustainable and so an additional approach has been investigated that might contribute to longer-term and cost-effective control.

CABI scientists have been researching the possibility of using natural control methods to curb the onslaught of Japanese knotweed in the UK since 2000. The first phase saw a team of scientists from CABI and Leicester University visit Japan to carry out an initial survey of the plant in its native range. With considerable assistance provided by Japanese scientists, the researchers visited 31 sites across nine regions.

In order to check whether the collected insects or fungi were specific to Japanese knotweed (for example, they did not feed on or attack other plants) a comprehensive test plant list for the UK was compiled using standard International procedures. This ultimately consisted of more than 90 related species.

Work was then carried out in CABI’s strict quarantine facilities exposing natural enemies to non-target plants – two of which were the aforementioned psyllid and fungus – in order to ensure the safety of any future release. 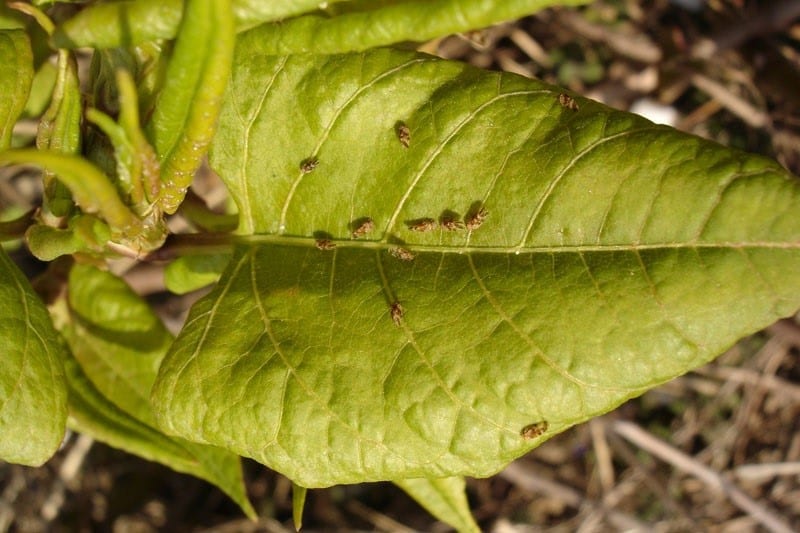 The Dutch Board for the Authorization of Plant Protection Products and Biocides (Ctgb) has provided permission to implement experiments with the fungus and the Netherlands Food and Consumer Safety Authority (NVWA) is advising on an exemption application to the Netherlands Enterprise Agency (RVO) to allow release of the psyllid with a decision expected within the next three months.

Dr Dick Shaw, Country Director CABI UK/ Regional Coordinator Invasives, said, “The fungus which would be used in the same way as an herbicide is already showing some promise as a means of controlling Japanese knotweed. However, we still need to get promising studies under more realistic field conditions.

“As regards the psyllid bug, we hope to apply our knowledge gained from our releases in the UK, and give a new better climatically-matched population of the biocontrol agent every chance of success. We hope to see knotweed suffering in the same way it does in its native range of Japan.”

The funding is being coordinated by STOWA and brought together by Rijkswaterstaat, Prorail, the municipalities of Amersfoort, Amsterdam, Apeldoorn and The Hague, Water Boards of Delfland, De Stichtse Rijnlanden, Schieland Krimpenerwaard and of Rijnland, Waternet and Water Authorities Aa en Maas, Hunze and Aa’s, Brabant Delta, De Dommel, Drents Overijsselse Delta, Limburg, Rijn and IJssel, Rivierenland, Vallei and Veluwe, Vechtstroom, Zuiderzeeland, and Wetterskip Fryslân. This project also receives funding from the European Union’s Horizon 2020 research and innovation programme under the Marie Skłodowska-Curie grant agreement No 786624. Koppert B.V. is also investing in this project by an in-kind contribution.

You can find more information about this project at https://tinyurl.com/biobestrijdingduizendknoop

More information about Japanese knotweed, the various control methods and advice on combating (via a simple decision tree) can be found at www.bestrijdingduizendknoop.nl

Further details on CABI’s work with Japanese knotweed can also be found at the Japanese Knotweed Alliance website. 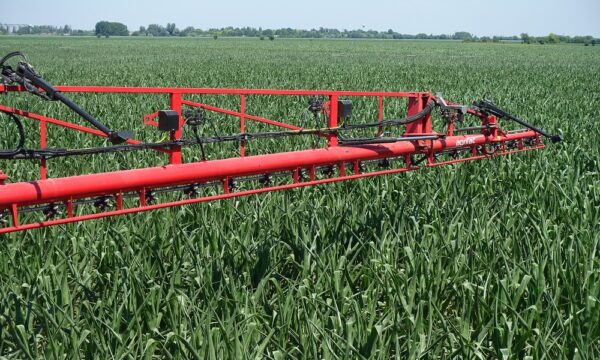