You are here: Home / Projects / Enhancing technology-based agriculture and marketing in rural Punjab

Punjab’s agriculture growth rate has declined over the last two decades because of various challenges. These include the inadequate availability of high-yielding cultivars and lack of diversification in cultivation, inefficient on-farm water management, poor infrastructure for value chain development, weak research and extension services that are largely disconnected from market demands. There is, however, also the lack of advanced agriculture management reinforced by new technologies and innovations which can support sustainable agricultural growth in Punjab. This project will facilitate the rapid adoption of advanced technologies to strengthen value chains and improve the productivity and profitability of agriculture in Punjab. It will also enable further development and adoption of advanced technologies to benefit the agriculture sector while contributing to higher farmer incomes and improved livelihoods in rural communities. 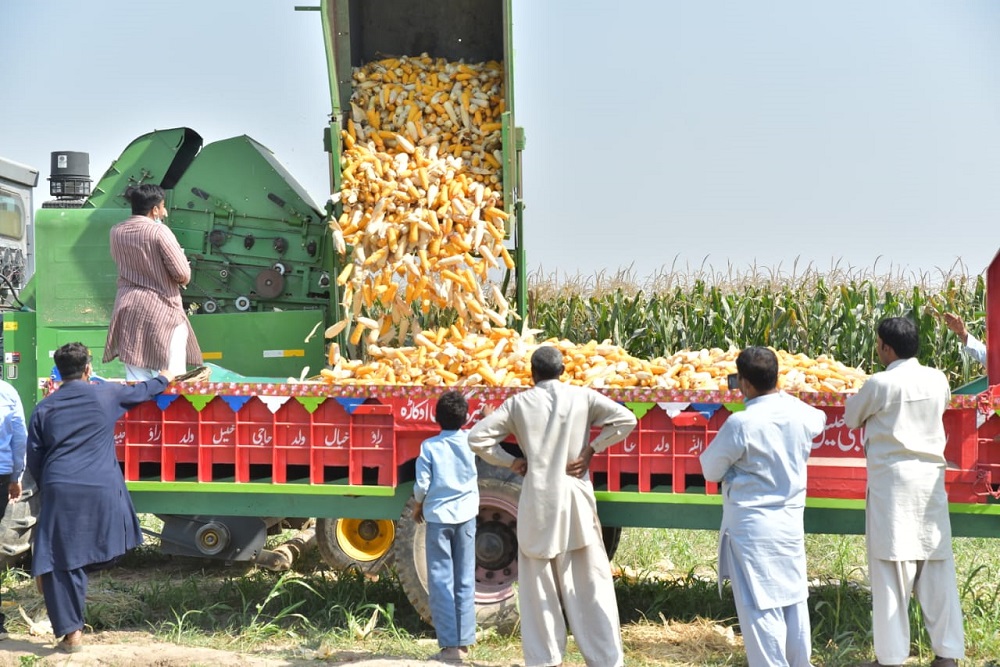 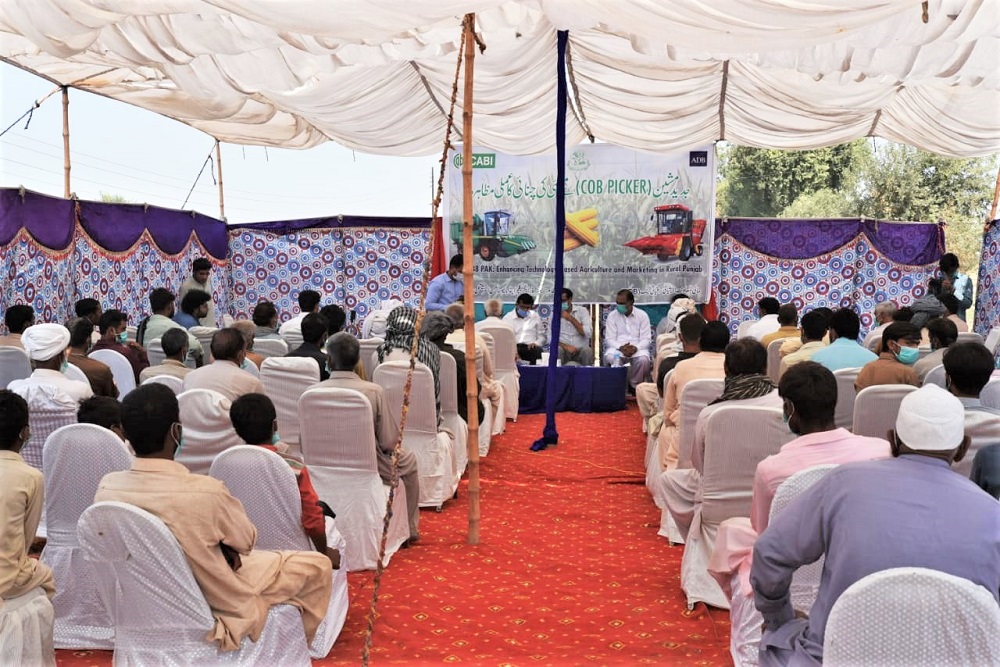 Farmers learn the benefits of the cob picker during a training and literacy session held by CABI. Credit: CABI 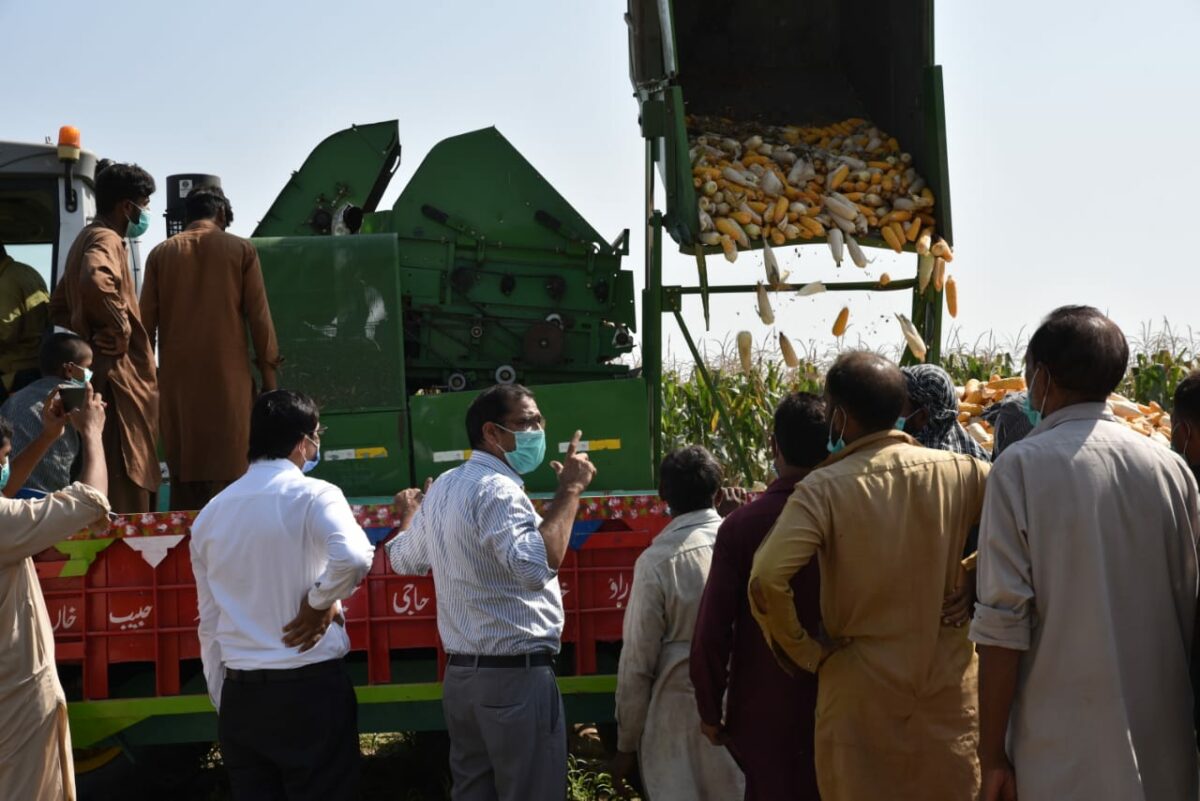 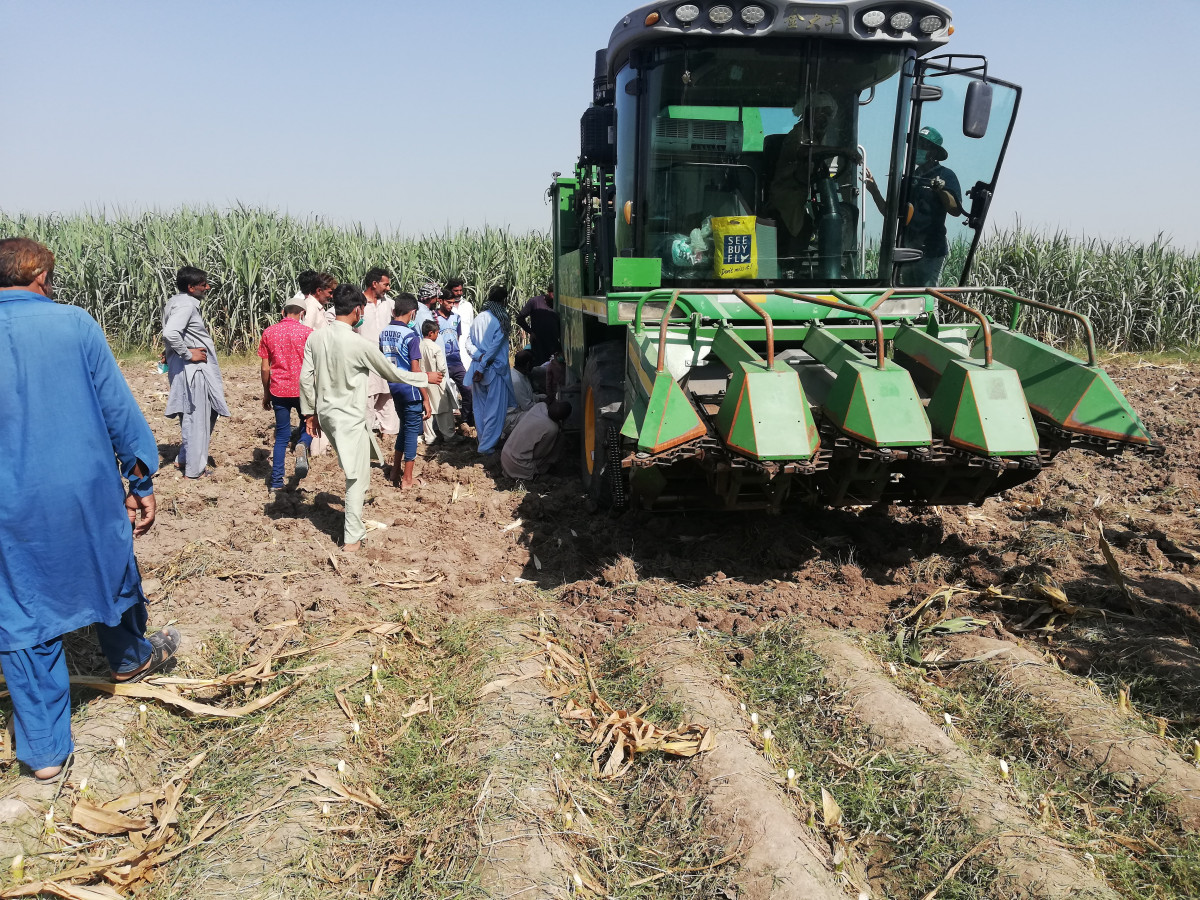 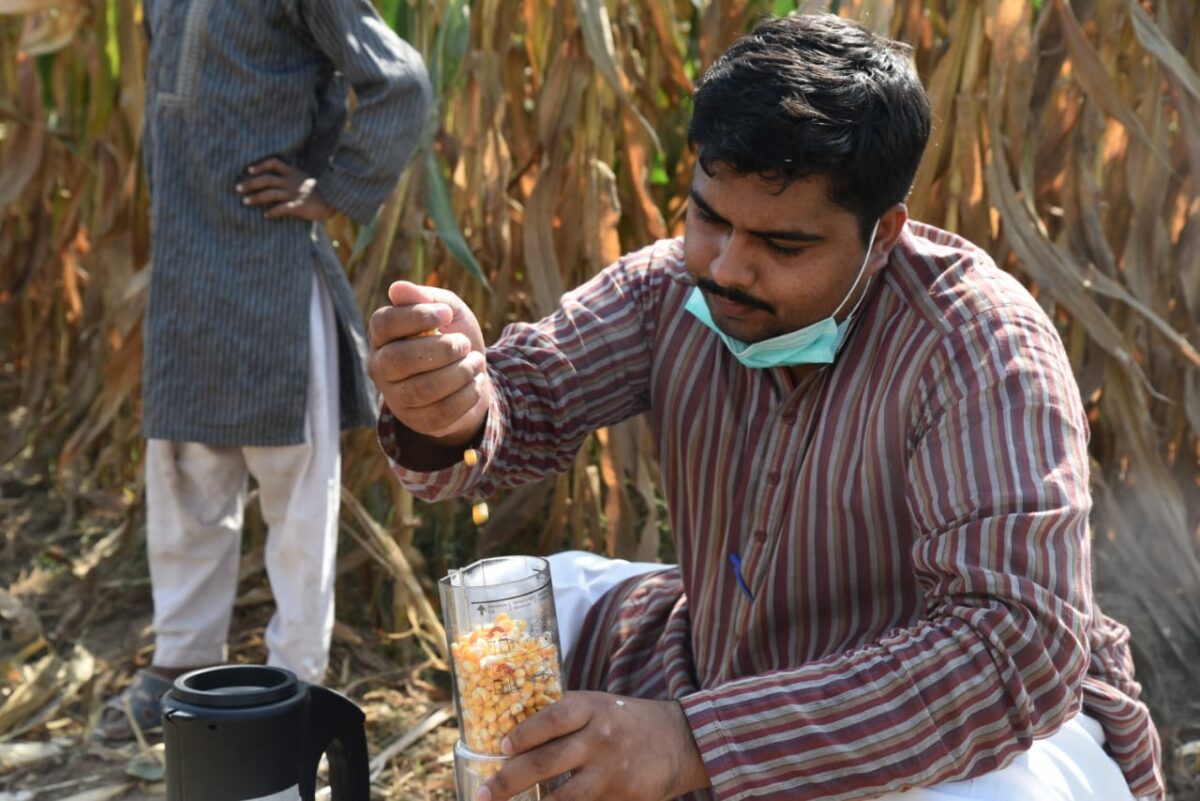 Agriculture plays a significant role to Pakistan’s economy and food security. The sector contributes to the country’s GDP, it employs over 40% of its labour sector, exports and provides livelihoods to its rural population.

Punjab is Pakistan’s largest province for population and economy and contributes to 57% of Pakistan’s agriculture production value. The province has the largest share of the country’s main crops: maize, wheat, cotton, sugarcane and rice.

According to data, (documented in the Technical Assistance Report and acknowledged in research reports by the Planning Commission of Pakistan (PCP) and Trade Development Authority of Pakistan (TDAP)), aggregate losses during various postharvest operations in Pakistan are around 15.3 % for wheat (PCP), 14 % for rice and more than 14% for maize of total production (TDAP).

These losses are caused by a combination of factors, including knowledge, technology and information gaps, poor infrastructure and marketing, and barriers associated with small farming systems, such as dependency on commission agents, market access, financial services, informal insurance, and other critical inputs and services.

Advanced technologies, such as irrigation systems, mechanized farming technologies and marketing management ICT tools, can have and have been shown to have, a positive impact on farming, improving efficiency, productivity and profitability in the region. These technologies have since been introduced and made available to smallholder farmers in Punjab. However, due to a lack of resources and access to them, they are underutilized. As a result, farmers in the value chain are marginalized and the sector’s performance worsened.

To address these challenges, the sector’s losses and regenerate Punjab’s agriculture sector, this project will help facilitate the adoption of advanced technologies with a focus on harvest, postharvest and marketing for three grain crops: rice, wheat and maize.

Smallholder farmers will be targeted and through increased access to new technologies and training in these, the project will help strengthen value chains in Punjab, improve farmers’ livelihoods but also increase food security and provide sustainable agricultural growth for the province.

The project will produce four outputs. Outputs one and two will involve pilot testing and demonstration activities where smallholder farmers and private service providers will take part; outputs three and four will result in the success of outputs one and two and will focus on increased adoption and investment in technologies. They will include other stakeholders such as the private sector, government agencies, manufacturers and researchers.

The four outputs include:

To-date, the project inception report was developed and submitted to the Asian Development Bank while a three-year work plan, which detailed its first year’s activities, identified pilot sites and implementation guidelines, has been prepared.

From these reports, activities carried out include: 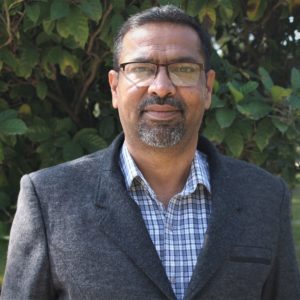