You are here: Home / Stories of impact / Finding a sustainable way to fight pests, protect crops and raise incomes in Pakistan

Maula Dad is a farmer from Khanozai, a small valley in Pakistan’s southwestern province of Balochistan. For years, Maula was earning a decent income to support his family by growing and selling apples. However, he nearly gave it all up after an invasion of codling moths, one of the most feared and destructive pests. Fortunately, Maula heard about the Phytosanitary Risk Management Programme (PRMP), which promotes biological control to tackle pests, and he is now successfully producing apples again, and sharing his expertise with other farmers. 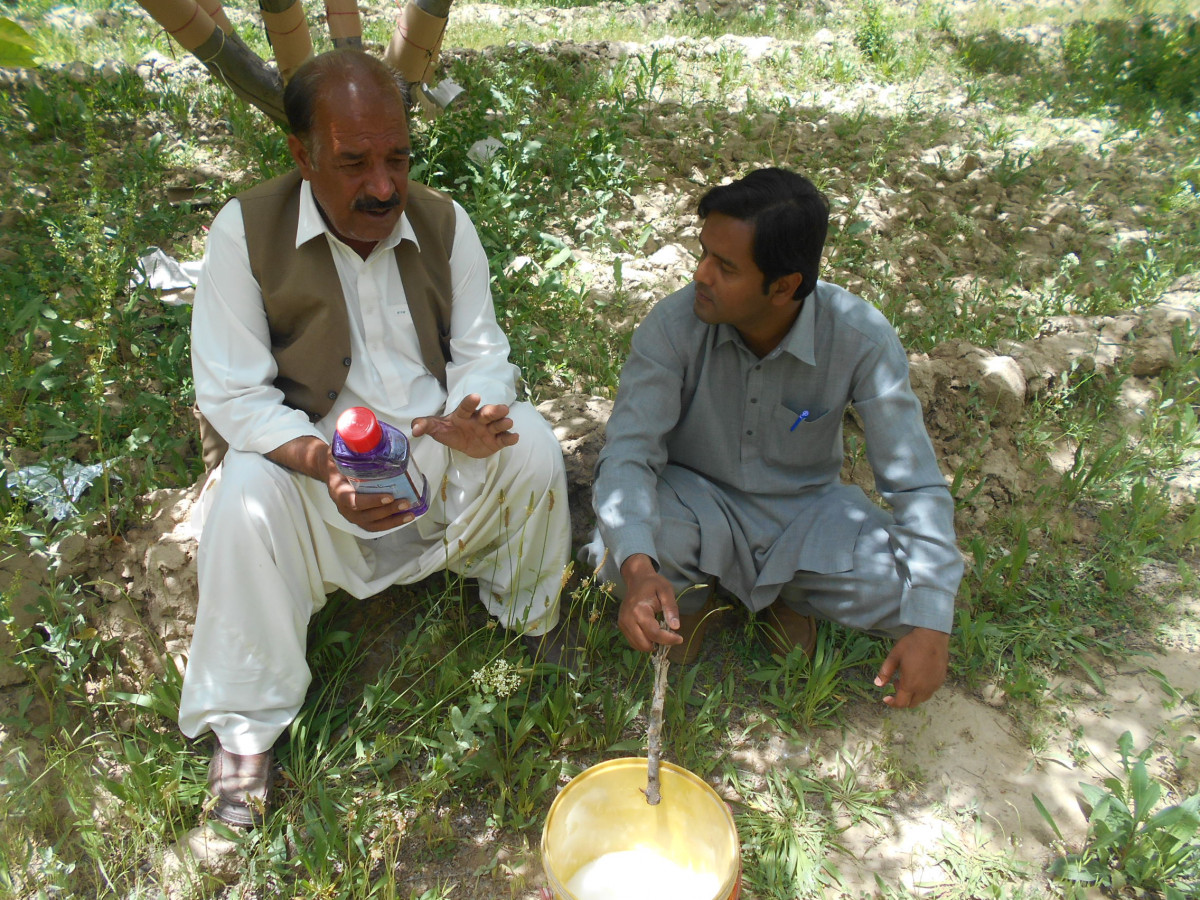 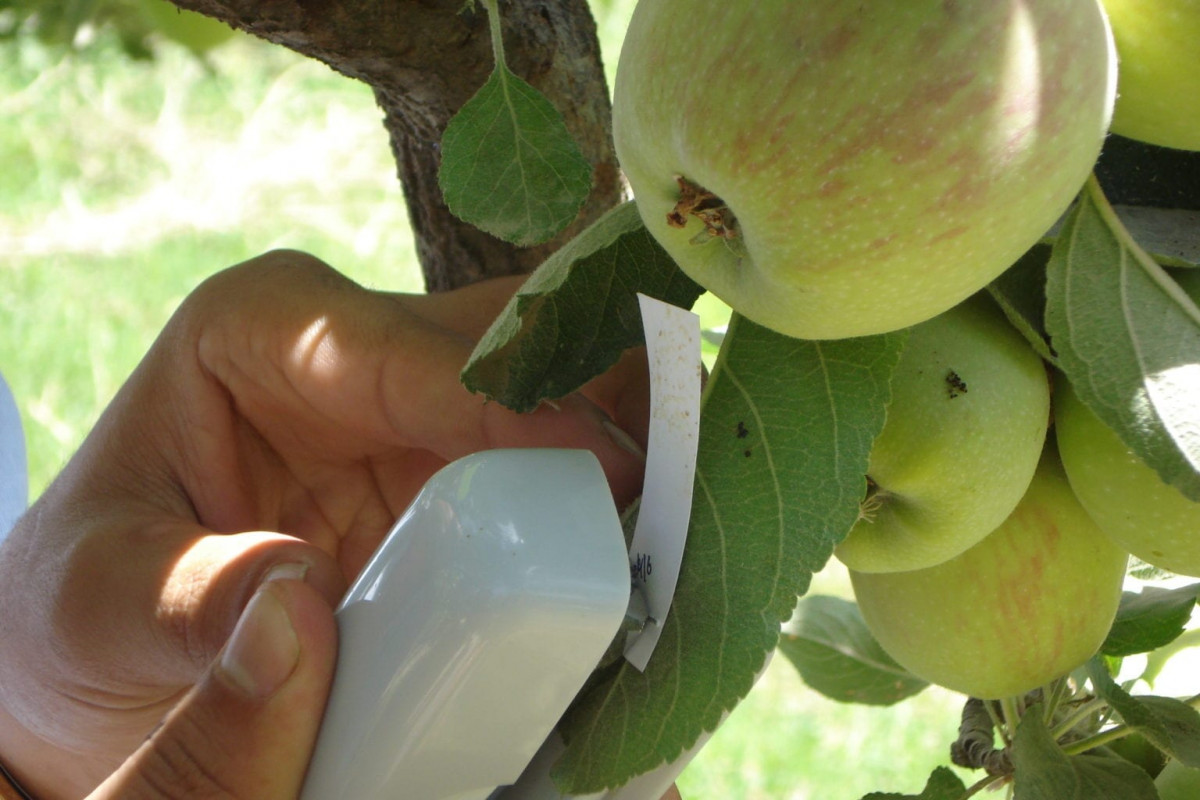 Maula Dad is a farmer from Khanozai, a small valley in Pakistan’s southwestern province of Balochistan and home to some of the finest apples in the country. For years, Maula has been growing apples and selling them across the province, earning a decent income to support his family.

But not so long ago, he nearly abandoned farming altogether. The reason? An invasion of pests, in particular the codling moth (Cydia pomonella), which burrows into the apples causing the fruit to drop prematurely. For apple farmers like Maula, it is one of their most feared and destructive pests.

After applying pesticides to his crop four or five times, Maula found that the chemicals had a negative effect on the quality of his fruit. As a result, the market value of his produce declined sharply. This, combined with problems irrigating his orchards, led a despairing Maula to give up farming. But he changed his mind after hearing about the Phytosanitary Risk Management Programme (PRMP), which promotes biological control to tackle pests in a safe way in Balochistan.

Within a year of adopting new methods learned from PRMP, Maula has been able to better control infestations of the codling moth, improve the quality of his apples and earn enough money to invest in a water pump. He now limits his use of pesticides to just one cycle per season.

“During the present growing season, the infestation of codling moth has minimized due to biological control interventions implemented by the CABI project team,” Maula said. “My apples are now being sent to highend markets throughout Pakistan whereas in the past I was confined to the local markets in Balochistan. Now I am earning PKR 150,000 ($1,300) during the peak months of apple season, compared to being hand to mouth previously.”

As the recently-appointed chair of his local Apple Growing Society, Maula is sharing his expertise with other farmers and has also suggested training on biological control of pests of other crops grown in Balochistan.