The western corn rootworm is a major invasive maize pest in North America and Europe. Control options become more and more limited as problematic pesticides are being phased out. 10 years of joint efforts in research and development by academic, legislative and commercial partners have led to a nematode-based biological control solution for this destructive maize pest. Mass-produced beneficial nematodes – Heterorhabditis bacteriophora – are now available as a commercial product. 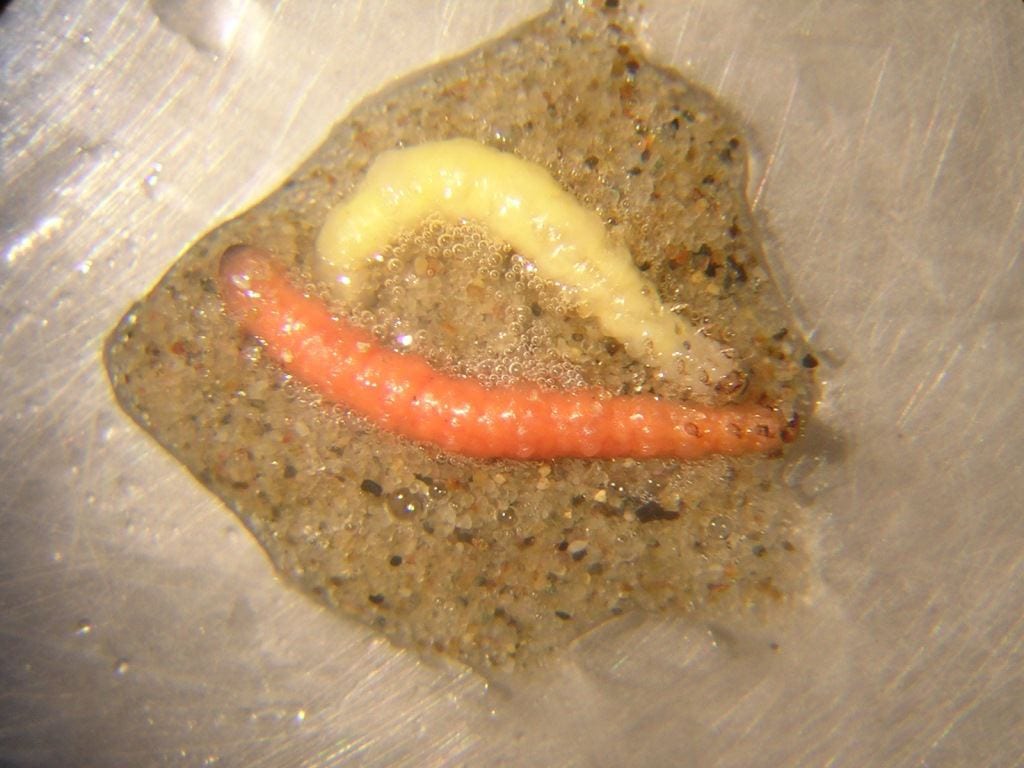 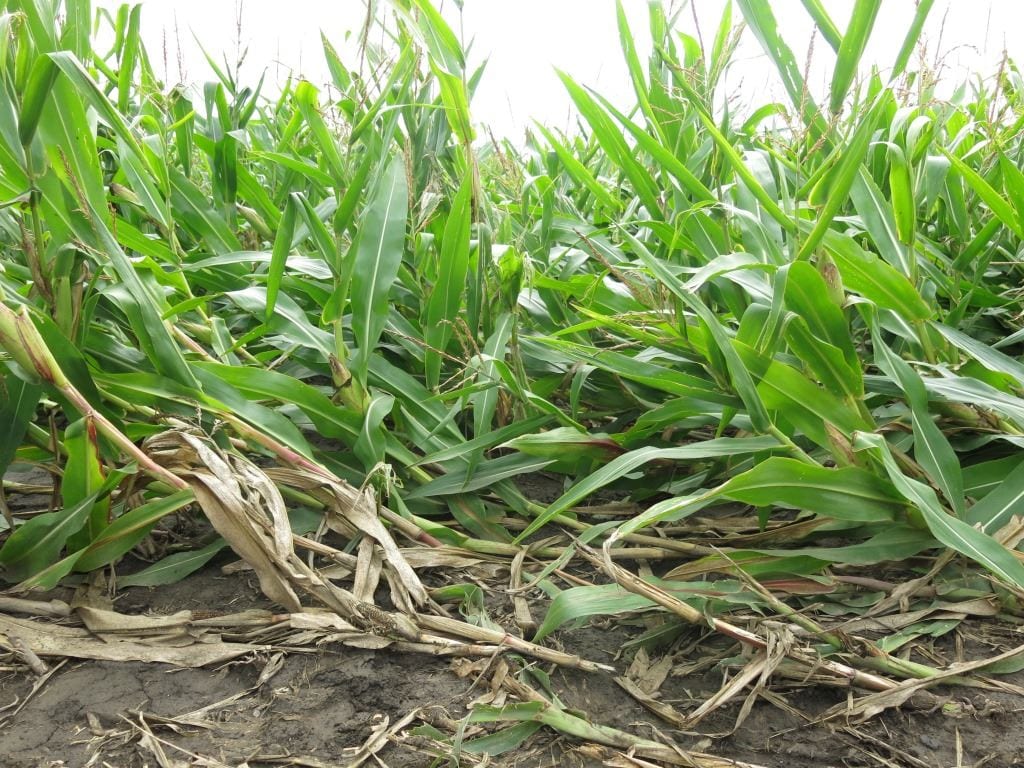 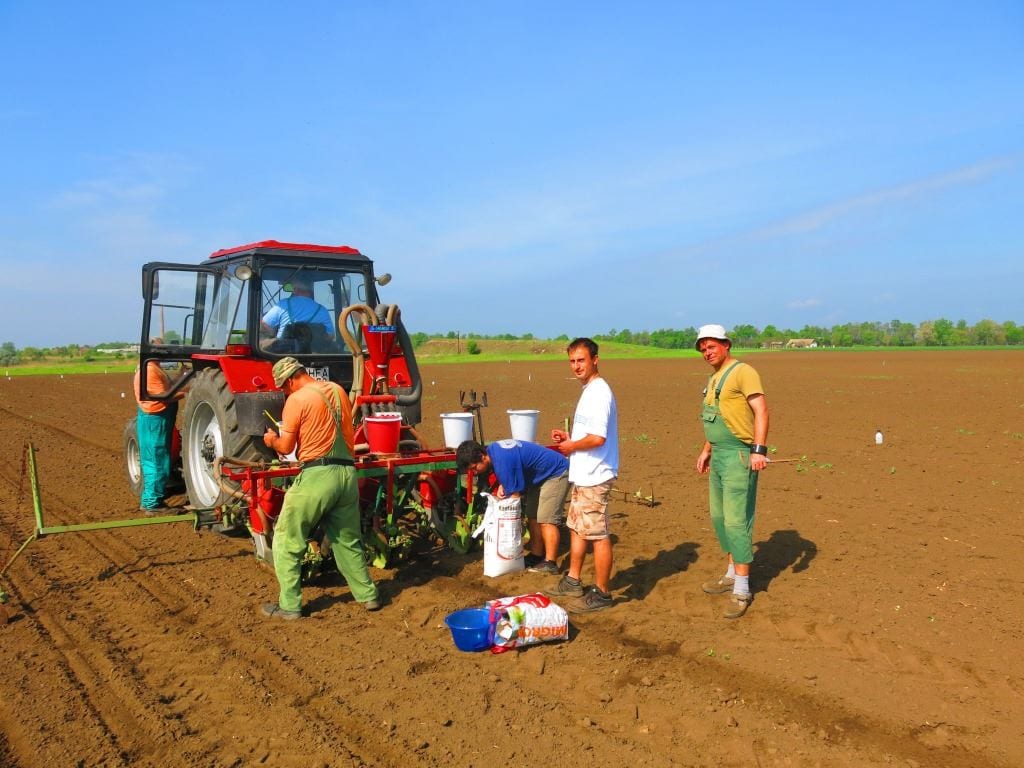 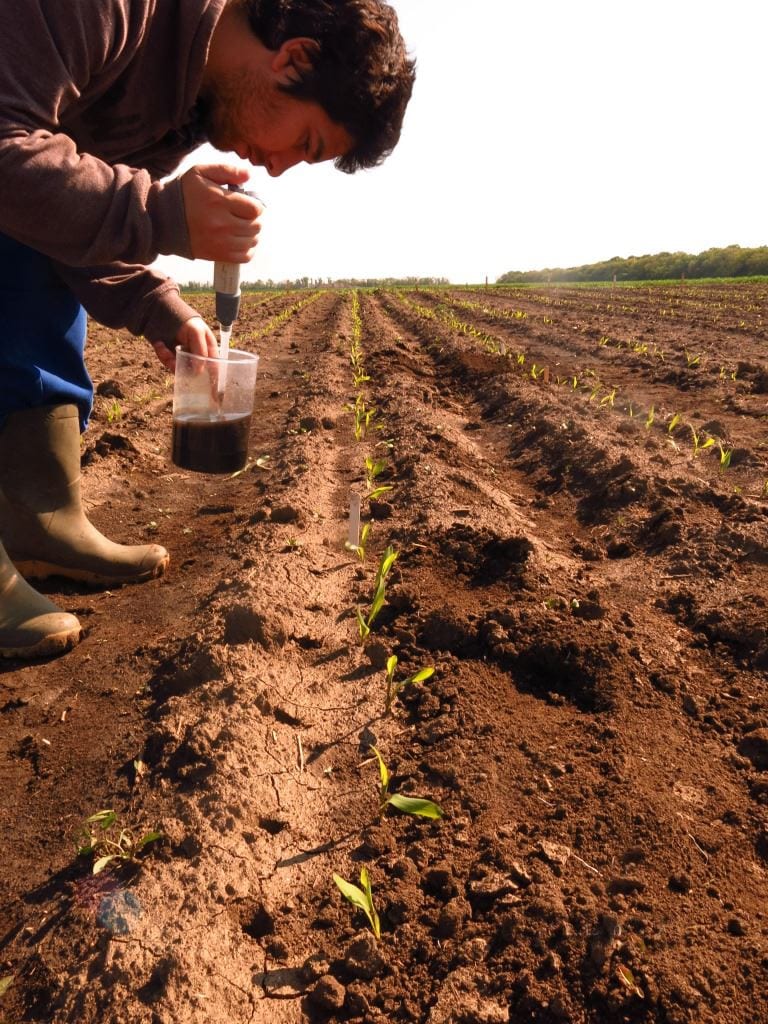 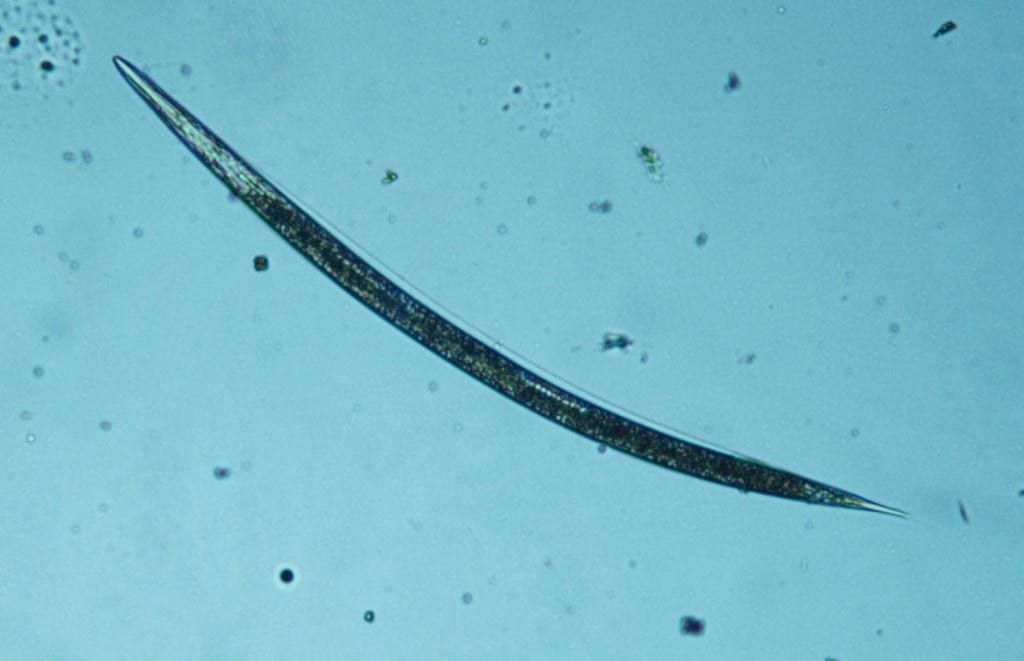 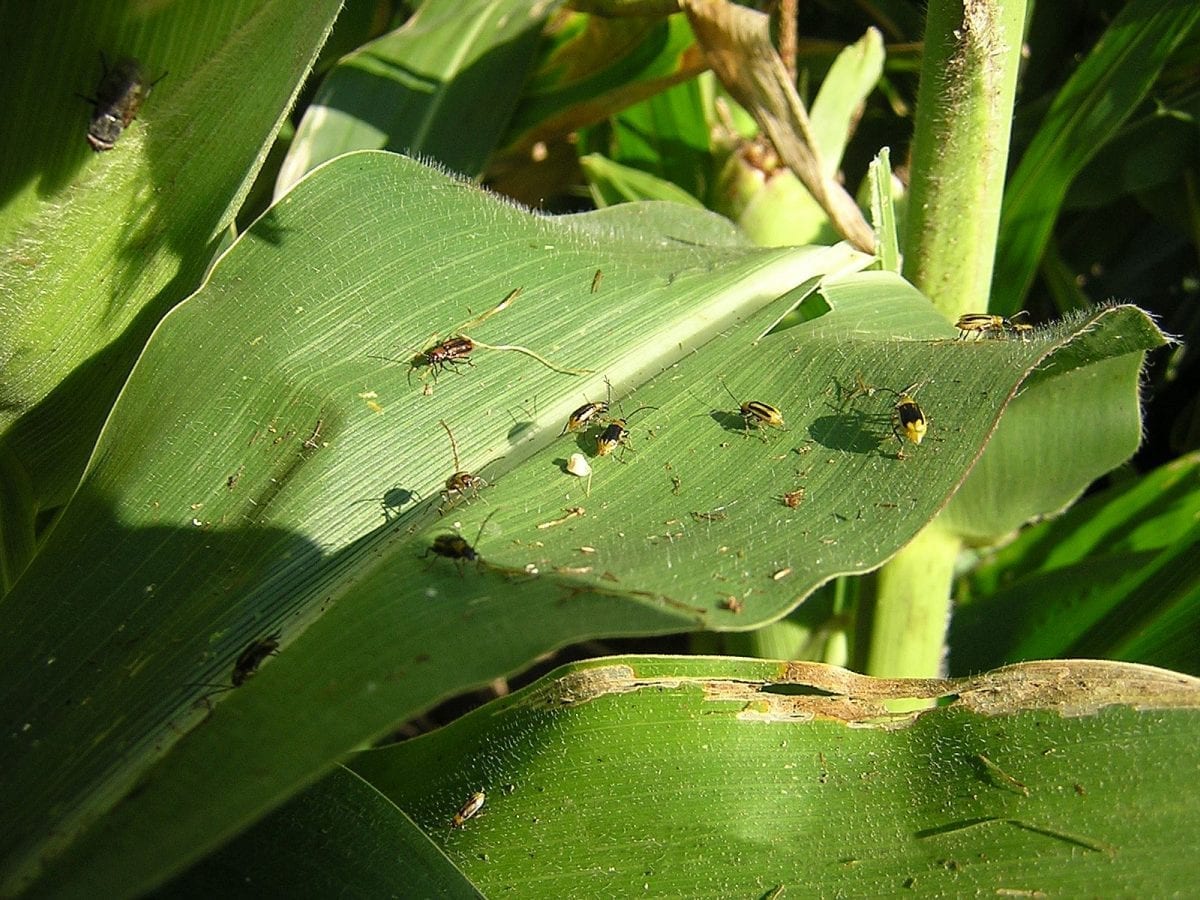 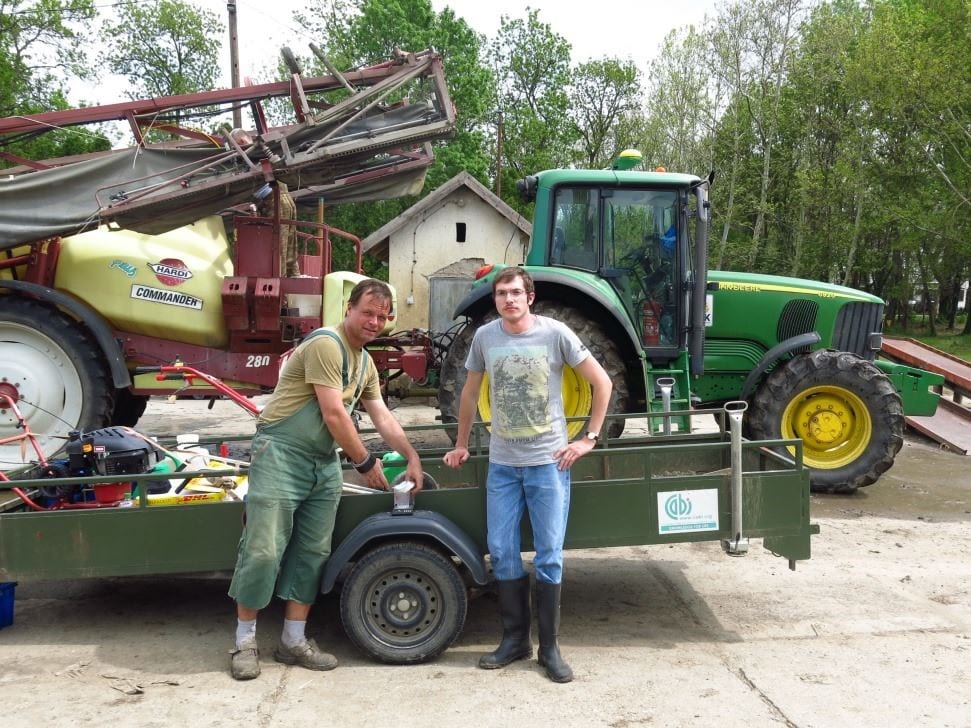 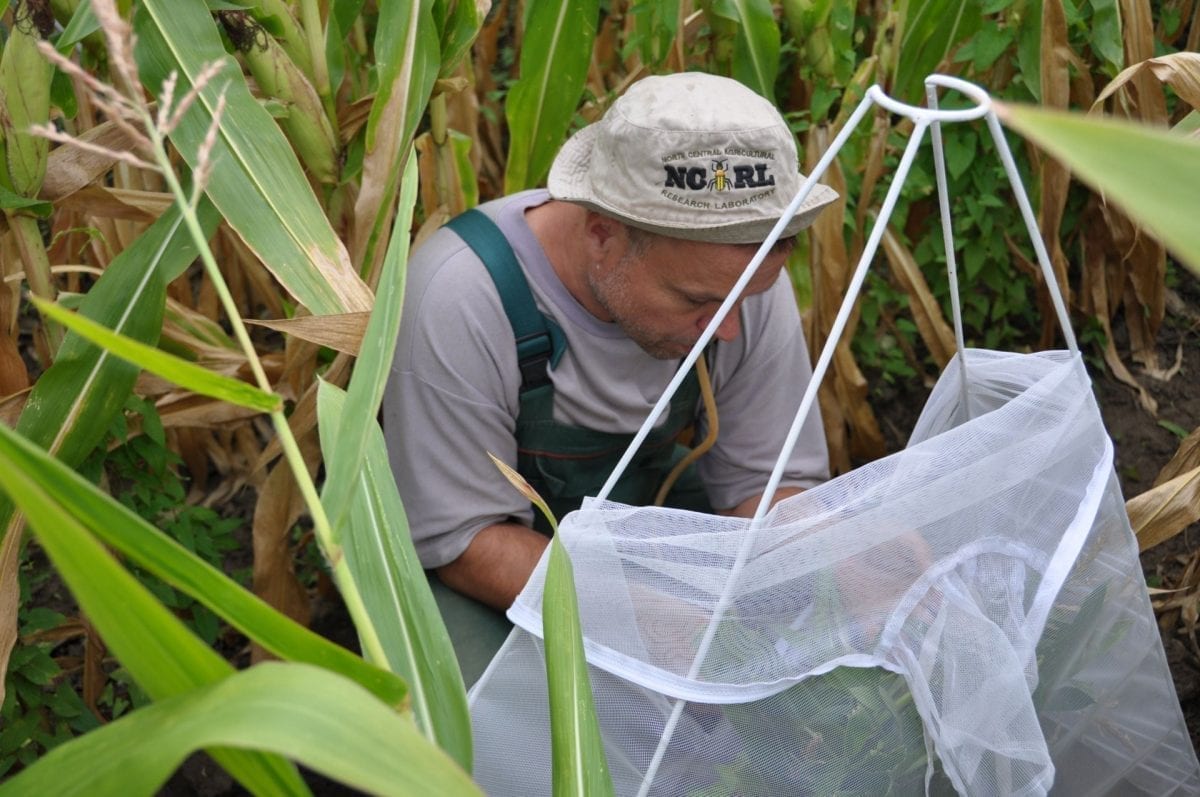 The western corn rootworm, Diabrotica virgifera virgifera, is a leaf beetle with eggs that overwinter in the soil. After the maize has germinated, the eggs hatch and its three larval instars feed on maize roots. This often causes the stems to bend (lodging) which hinders harvesting. Adult beetles can reduce yields through intensive silk feeding, which interferes with maize pollination.

Until recently the pest has been managed by rotating the crops, granular soil insecticides, and/ or insecticide seed coatings. However, the western corn rootworm has been shown to be able to develop resistance against nearly all of these control measures. Additionally, some chemical insecticides are not deemed sustainable so being phased out. Environmentally friendly control measures, such as beneficial, entomopathogenic nematodes which kill the rootworm are needed.

Mass-production of Heterorhabditis bacteriophora has been developed as an environmentally friendly biocontrol solution. This beneficial nematode kills and feeds on the pest’s root feeding larvae.

Previously, the CABI team and partners have looked at application techniques such as spraying a fluid containing the nematodes into the furrow during sowing, registering the biocontrol agent in many European countries, and dose efficacy trials to establish the minimum nematode dosage needed to suppress the pest and its damage below damaging thresholds. As a result, mass-produced product has been available as a commercial product since 2012.

The project is now focussing on selecting more drought-resistant and more virulent nematode strains. The CABI team is then testing those novel strains under field conditions, assuring that no key traits are lost and control efficiency on corn rootworms is maintained or even increased.

10 years of joint research and development efforts have led to a nematode-based biological control solution for this destructive maize pest. During this period CABI collaborated with partners that including universities (eg of Neuchâtel, and of Kiel), research institutes (the Cereal Research Station in Szeged, Agroscope Switzerland, Landwirtschaftliches Technologiezentrum Augustenberg, Bavarian State Research Centre for Agriculture in Freising), government institutions (the Plant Protection Directorate in Hodmezovasarhely and the Austrian Agency for Health and Food Safety), farmer associations (fenaco – UFA  in Aesch), nematode producers (e-nema in Schwentinenthal and Andermatt Biocontrol in Grossdietswil), nematode application manufacturers (Cult-tec in Freiburg) and many others.

Previous results revealed that both nematodes and pesticides achieve varying levels of control. Nematodes however, can usually achieve sufficient reductions in pest levels to prevent severe root damage. Our latest results show that nematode strains that are specifically selected for better drought resistance and thus are better able to survive shipment, may lead to better control of rootworm larvae in the field. 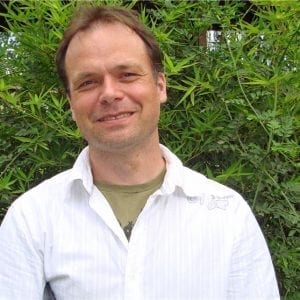 Ministry for Rural Affairs and Consumer Protection of the State of Baden-Württemberg, Germany, through LTZ, Augustenberg in Germany

Bavarian State Ministry of Food, Agriculture and Forestry through LfL in Germany