Geoffrey Omollo, a smallholder farmer in Nyaraha village, western Kenya, grows kale and tomatoes but crop pests, and a lack of know-how about how to tackle them, meant he struggled to get good harvests. Fortunately, Geoffrey heard about the Plantwise plant clinics and he sought the advice of local plant doctors. With their pest management recommendations, not only did he save his tomatoes but he harvested an unprecedented bumper crop, which he sold for KSh 325,000 (US$3,500). This enabled him to build a new house and pay for his children’s education. 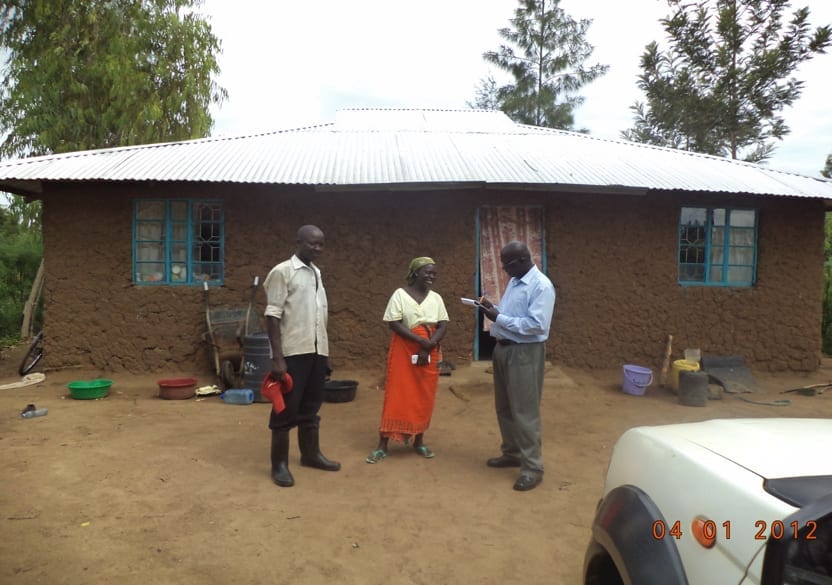 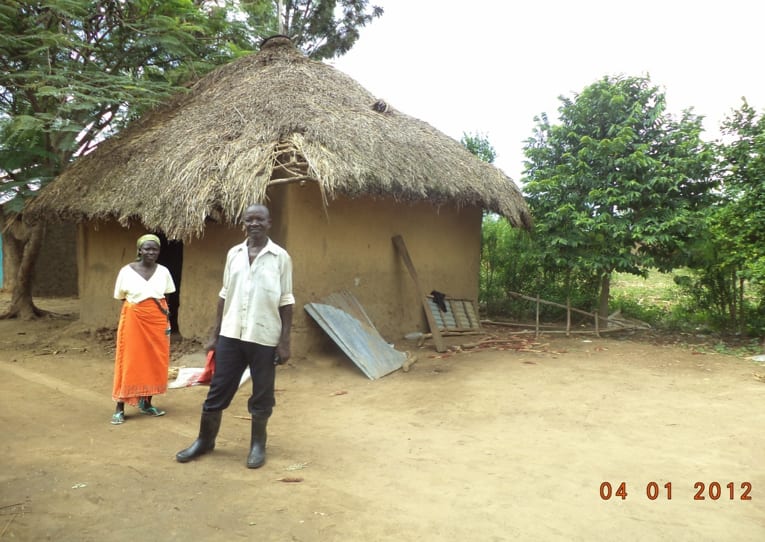 Geoffrey Omollo is a smallholder farmer in Nyaraha village, western Kenya. He has been growing kale and tomatoes on his farm for the last six years to make money to support his family and educate his children. Crop pests, and a lack of know-how about how to tackle them, mean he struggles to get good harvests.

Most of the world’s food is grown by smallholders like Geoffrey. Perhaps surprisingly, small-scale farmers in developing countries tend to be those most badly affected by food insecurity.

They grow crops not only to eat, but also to sell. With their incomes, they buy the food they cannot grow. When crops fail, both their own food production and income are affected.

In Nyaraha, Geoffrey put aside most of his farm to grow tomatoes. Several years ago, a tomato pest (Tuta absoluta) ravaged Africa, decimating crops. It reached Kenya and affected most tomato farms in Geoffrey’s area. His livelihood was under threat.

At the time, other smallholder tomato farmers in Kenya, like Elias Kamuga, were reporting massive crop losses. “I have suffered [crop] losses amounting to 90%. I have no other source of income apart from tomato farming. I was relying on this crop to feed my family.” Elias Kamuga, Farmer, Kenya

But Geoffrey had heard about the Plantwise plant clinics and his life was about to change. In 2016, he sought the advice of local plant doctors and, with the pest management recommendations they gave, not only saved his tomatoes but also, for the first time in his life, harvested a bumper crop of 65 crates of tomatoes, selling them for KSh 325,000 (US$3,500).

With this income, he took care of his household and farm and also built a new house – his old house was collapsing – paid for one child to go to secondary school and the other to go to university, including fees and shopping. Standing in front of his new house in 2017, Geoffrey now preaches the benefits of plant clinics to neighbours saying plant doctors ‘oyawo wang’a’, meaning plant doctors have opened his eyes. He now believes good farming can change lives.’

Kenyan farmers reap the benefits thanks to Plantwise plant clinics

CABI’s global Plantwise programme has a major impact helping farmers in Kenya grow more and lose less to crop pests and diseases, according to a new impact report published.