As a very important crop in India, the growing of rice and tackling pests and diseases is given lots of attention. Rice planted directly into the field cuts effort and water consumption but increases the likelihood of pest damage. Our aim therefore is to develop a sustainable and scalable system of plant health management, especially for directly planted seedlings, to encourage an irrigation-economy for rice production. 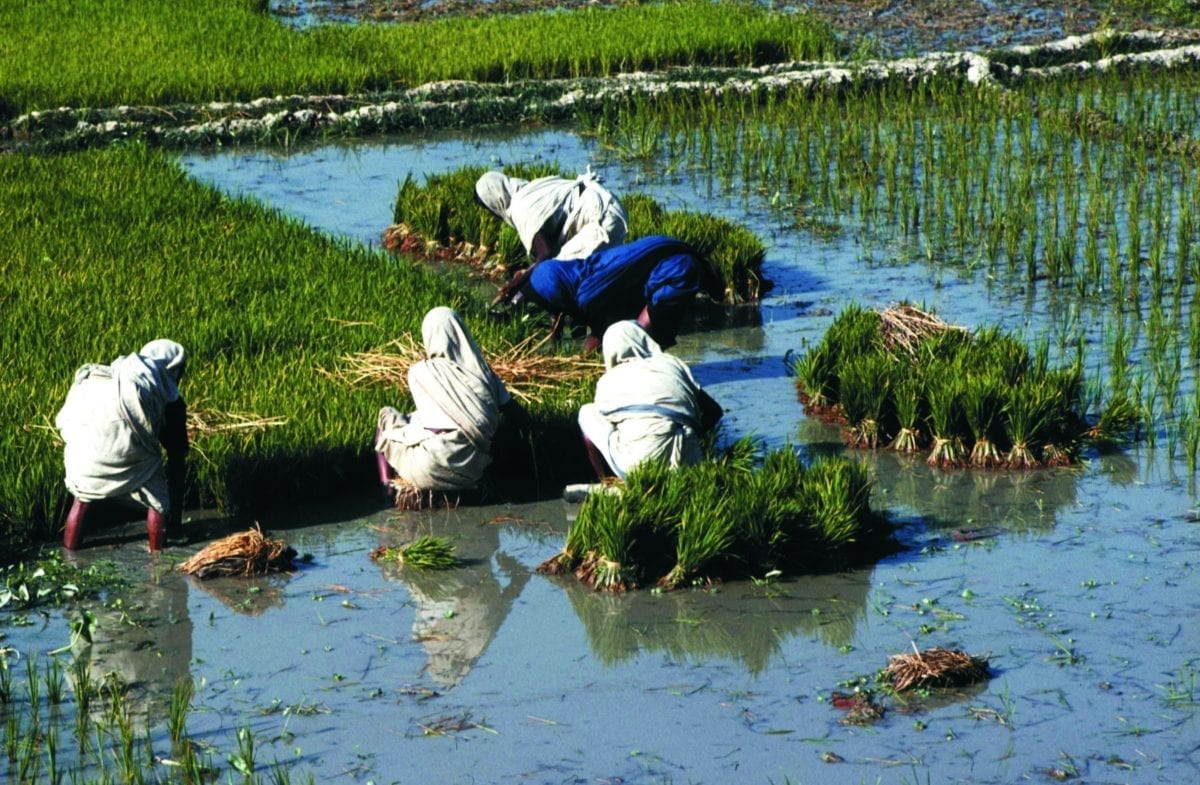 Of the rice growing countries of the world, India has the largest area under rice crops (about 45 million ha.). As it is the most important crop here, it occupies over 20% of gross cropped area of the country and contributes to 43% of total food grain production.

Traditionally, rice is sprouted in a nursery and seedlings are then transplanted into standing water. With direct seeding, rice seed is sown and sprouted directly in the field, eliminating the laborious process of planting seedlings by hand and greatly reducing the crop’s water requirements.

To manage the reducing water table in rice producing areas, direct seeded rice instead of transplanted rice can be a better solution for food production and food security. But, in trying to do this, farmers often encounter weed control problems and encounter unconventional pests which thrive in the dry areas – both serious challenges for the direct seeding approach. Weeds are one of the main reasons rice is traditionally sprouted in nurseries and transplanted as the standing water prevents germination of competing plants.

In some areas, only a small amount of India’s rice fields are irrigated, meaning crops are highly vulnerable and dependent on monsoons. Because of this and use of traditional cultivation methods, rice productivity is low.

Undertaken as a pilot project, our aim is to develop a sustainable and scalable system of plant health management, especially for directly planted seedlings, to encourage an irrigation-economy for rice production.

To do this the CABI team will build the communication network of partners to promote directly planted rice seed and management of the health of the crop. We also want to encourage community participation and engagement to promote directly seeded rice. We also aim to streamline the operation of extension workers, build their capacity and by producing a health card with a unique identification number, we hope to avoid multiple recommendations.

The capacity building will be done through classroom and field activities in Chhattisgarh state which is traditionally known as the ‘rice bowl’ of central India, with rice grown on about 77% of the total sown area.