Invasion by the alien plant – Madagascar rubbervine is endangering native flora and fauna in northeastern Brazil. In the Caatinga area, the endemic Carnaúba palm, with its highly valued wax, has come under threat. CABI, in collaboration with Brazilian counterparts, is seeking to evaluate the rust Maravalia cryptostegia as a potential biocontrol agent for Madagascar rubbervine. The same rust has been used in Australia to successfully control another invasive alien rubbervine species. 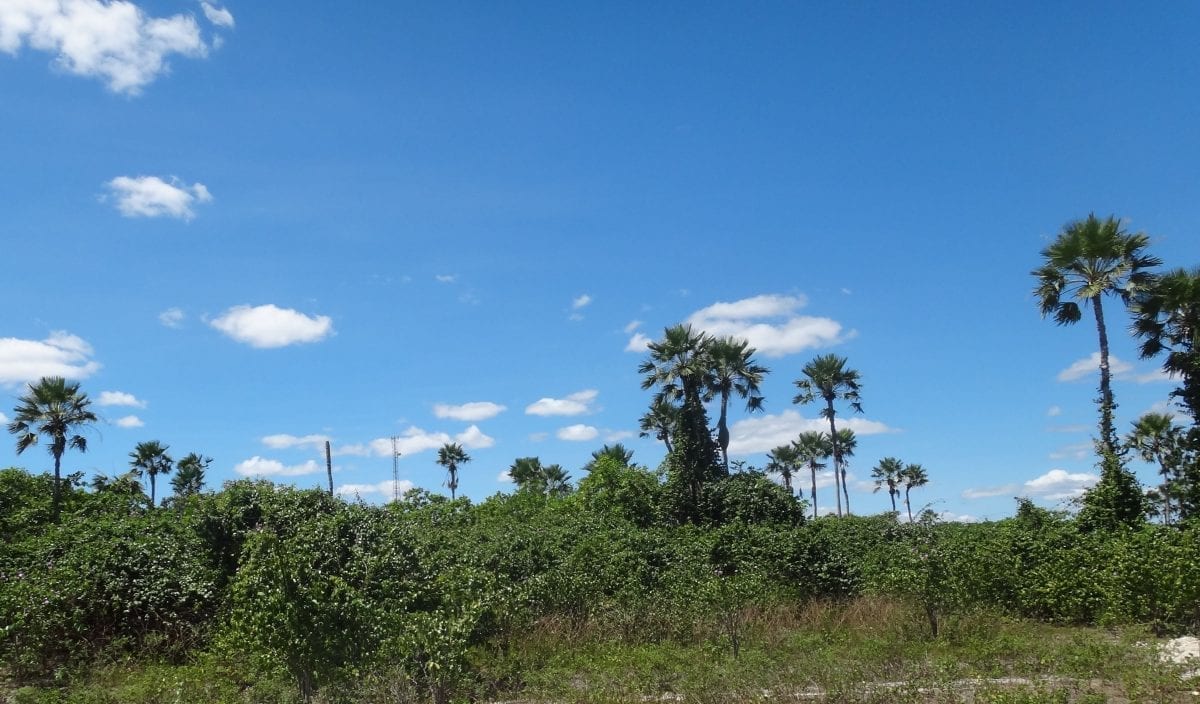 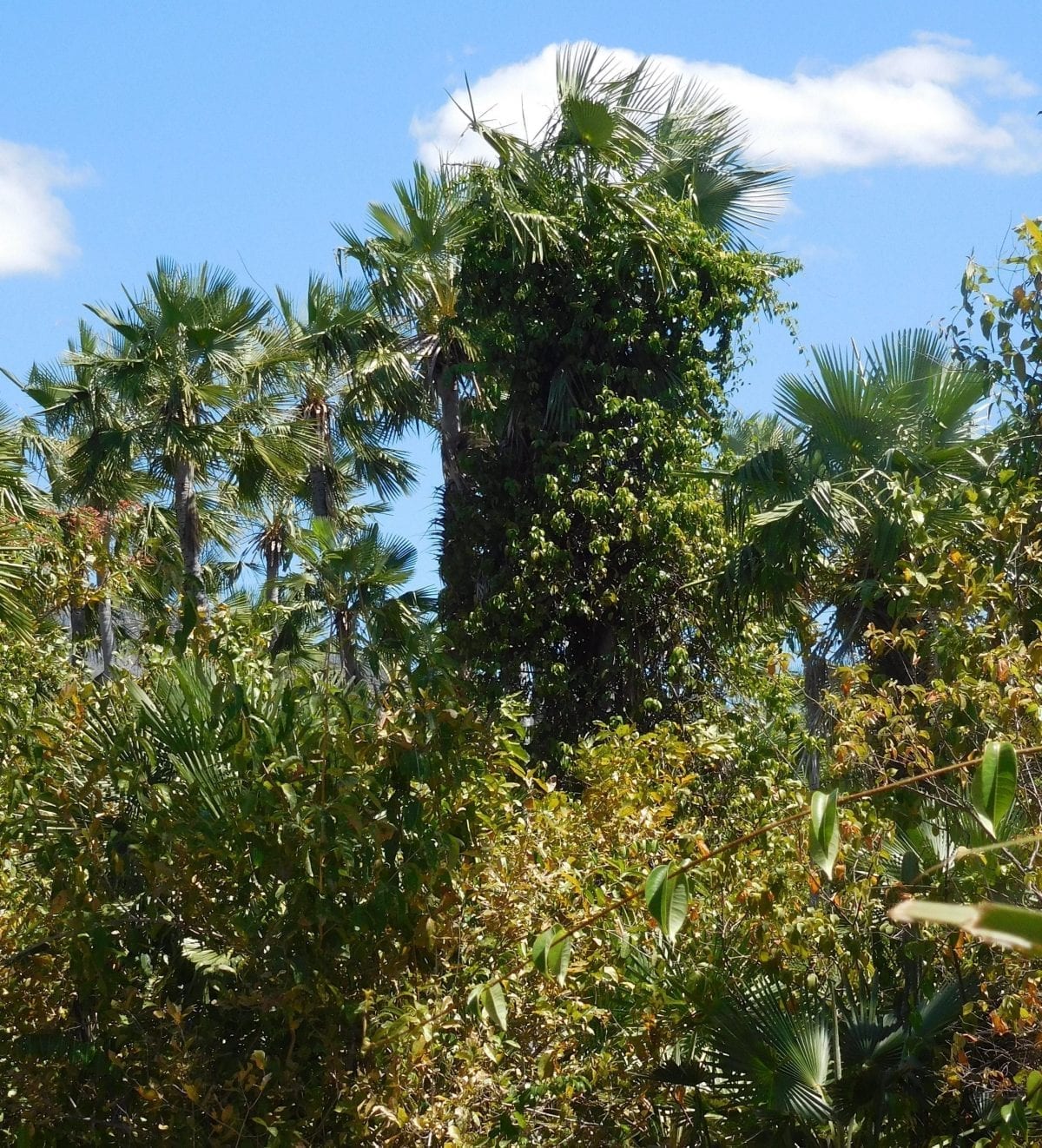 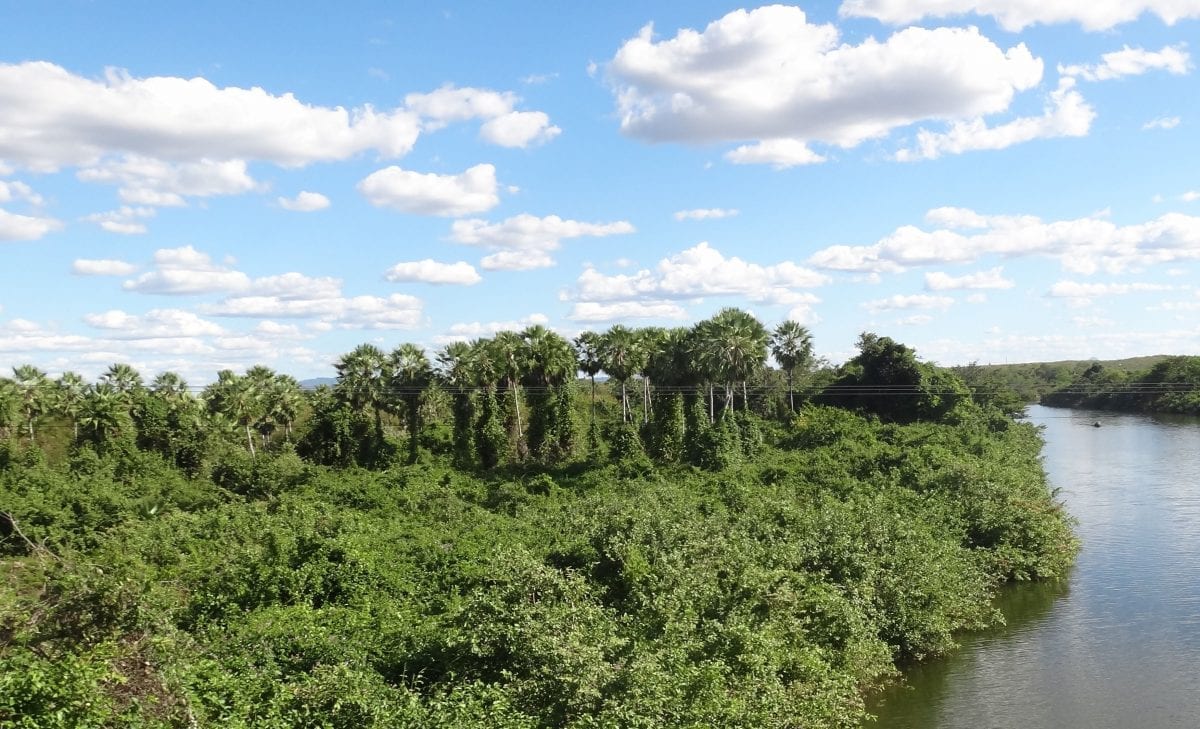 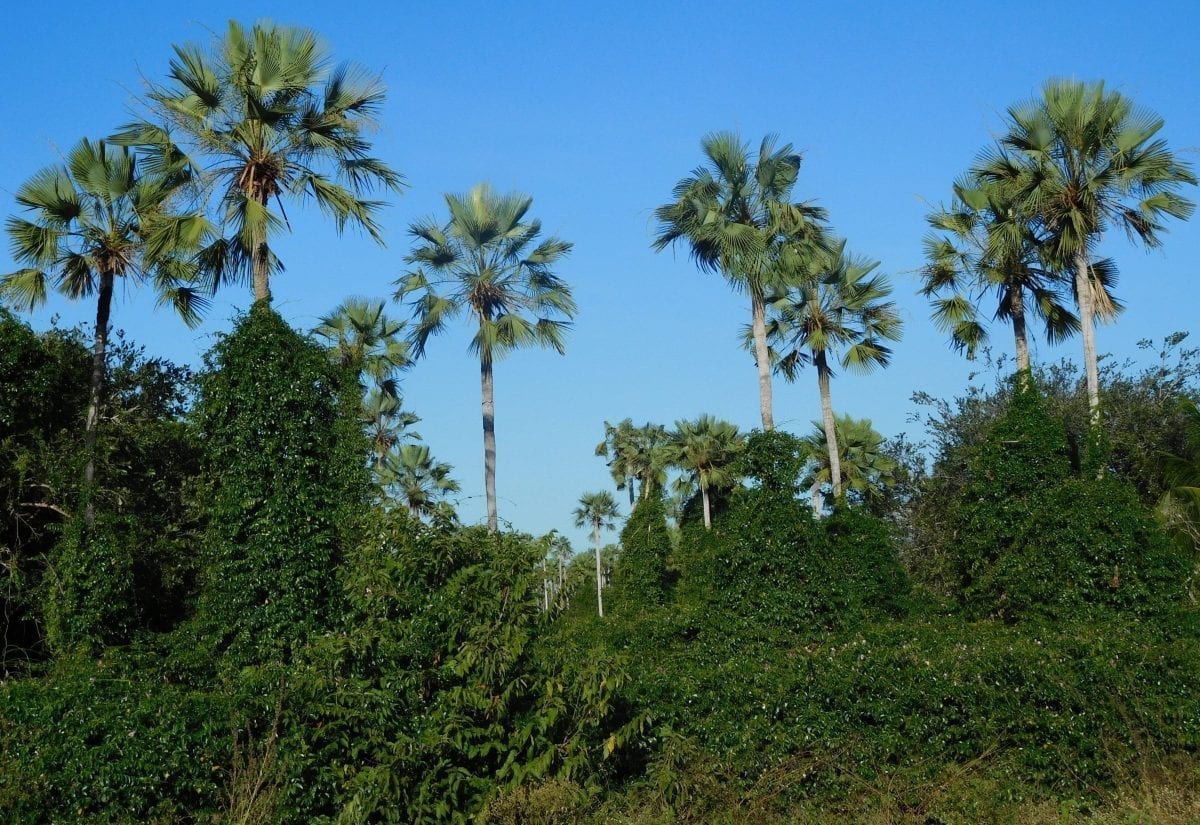 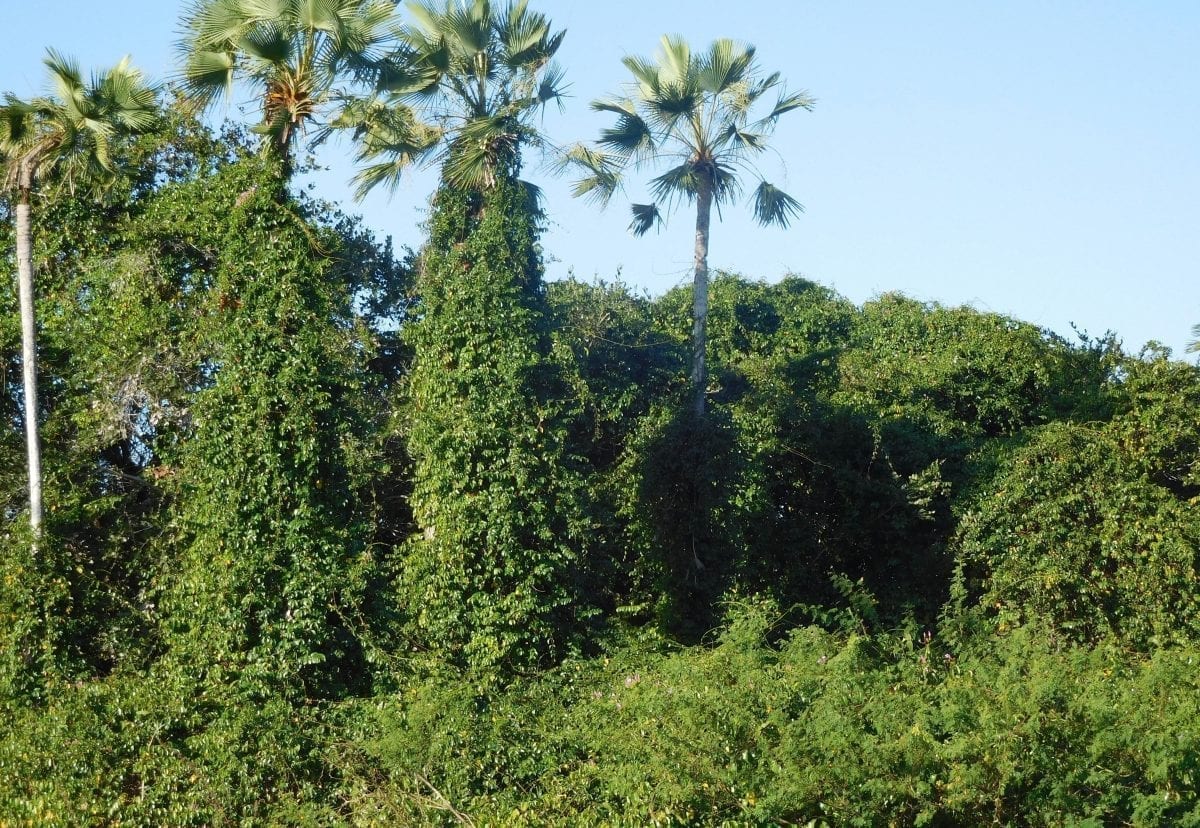 Madagascar rubbervine, Cryptostegia madagascariensis (common name: devil’s claw, Portuguese: unha-do-diabo) is a serious invasive weed. Native to Madagascar, it was introduced to Brazil as an ornamental plant but has since invaded the semi-arid northeastern region of the country, especially the unique Caatinga ecosystem. Madagascar rubbervine is well adapted to Brazil’s climate, producing a large seed bank and abundant toxic latex, all of which makes its control with conventional methods extremely difficult.

In the Caatinga, the vine is threatening endemic biodiversity such as the three banded armadillo (mascot of the 2014 FIFA world cup) and the Carnaúba palm by smothering vast areas of pristine riparian habitats and forming impenetrable masses that are killing trees and preventing animal and human movement, as well as depleting scarce water resources.

The iconic Carnaúba palm (Copernicia prunifera), native to northeastern Brazil, is known as the ‘tree of life’ due to its many uses. The palm  is the sole source of the Carnaúba wax, known as the ‘queen of waxes’, which is a valuable natural resource used in polish, skincare and cosmetic products. For over a century, rural populations have been sustainably harvesting Carnaúba leaves and extracting wax for processing by local industry. Extensive stands of the Carnaúba palm have already had to be abandoned by harvesters due to invasion by Madagascar rubbervine. Worth up to US$120m a year, the many industrial applications of the wax are also under threat.

Classical biological control has the potential to offer effective and sustainable management of invasive alien weeds such as Madagascar rubbervine. And as successfully undertaken for Australia previously, a team from CABI, with our Brazilian counterparts, is investigating whether a suitable biological control agent could be introduced to Brazil to address the problem of Madagascar rubbervine invasion.

This biocontrol strategy involves the deliberate release of safe and highly specific natural enemies from the native range of the target weed. The aim is to reduce the abundance of the weed in its introduced range below an ecological or economic threshold. This kind of biocontrol has a proven track record of success and can be a highly cost-efficient approach to control invasive weeds.

The biocontrol agent in mind here is the damaging rust fungus Maravalia cryptostegiae known to infect the vine in Madagascar. An isolate of the same rust fungus was used to successfully control another rubbervine species in Australia and evidence suggests that this one is equally safe as it is anticipated to be specific, damaging and highly likely to have a similar impact.

The objectives of the proposed project are to undertake ecological and socioeconomic baseline studies of the Madagascar rubbervine invasion in the Cerea State of northeastern Brazil, to match the plant biotype with a virulent rust biotype, to assess the host specificity of the selected pathogen isolate against an agreed test plant list and to evaluate its safety as a potential biocontrol agent for introduction into Brazil.

CABI has internally funded the preparatory phase of this programme and helped to organise an event in Fortaleza, Brazil to raise awareness. This brought together stakeholders and potential sponsors from the governmental, NGO and corporate sectors. Furthermore an initial field survey funded by the Brazilian Government has been conducted in the affected region to map the infestation.

The fully funded biocontrol project commenced in February 2018. Several rust isolates were collected during a field survey in Madagascar in April 2018.

Using inoculation studies, mass spectrometry and molecular techniques, the isolate best matched to the invasive weed biotype in Brazil and to the local climatic conditions will be selected for testing. Since most of the research into the rust has already been carried out during the respective Australian biocontrol project, the focus will be to assess the safety of the rust for the native Brazilian flora against a specifically compiled test plant list.

Three field stations have been established in the Brazilian State of Ceará to monitor the rubbervine invasions according to a bespoke monitoring protocol. In parallel, a socio-economic questionnaire has been devised which will target land-owners and collectors involved in the Carnaúba wax production. Should the selected rust isolate be considered safe for release in Brazil its impact will then be monitored in the field. Government of Ceará through the Development Agency of Ceará (ADECE)/Brazil