Cocoa is a highly important export in Papua New Guinea, 80% of which comes from smallholders dependent on it for their livelihoods. But, production is threatened by the cocoa pod borer. Tricky to control, it is now one of the most serious threats to the global cocoa industry. We are developing effective ways to detect and predict infestations such as evaluating improved clones and then promoting better crop management, intensification and diversification, and region-specific extension. 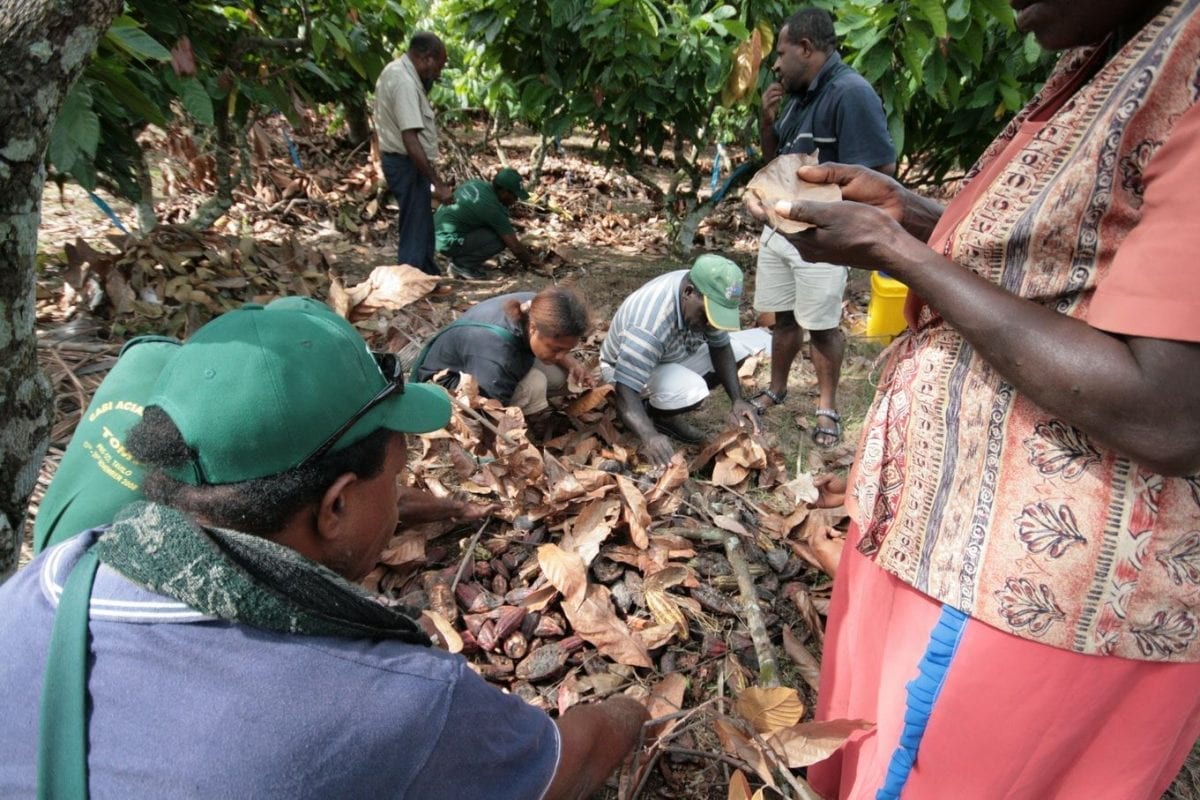 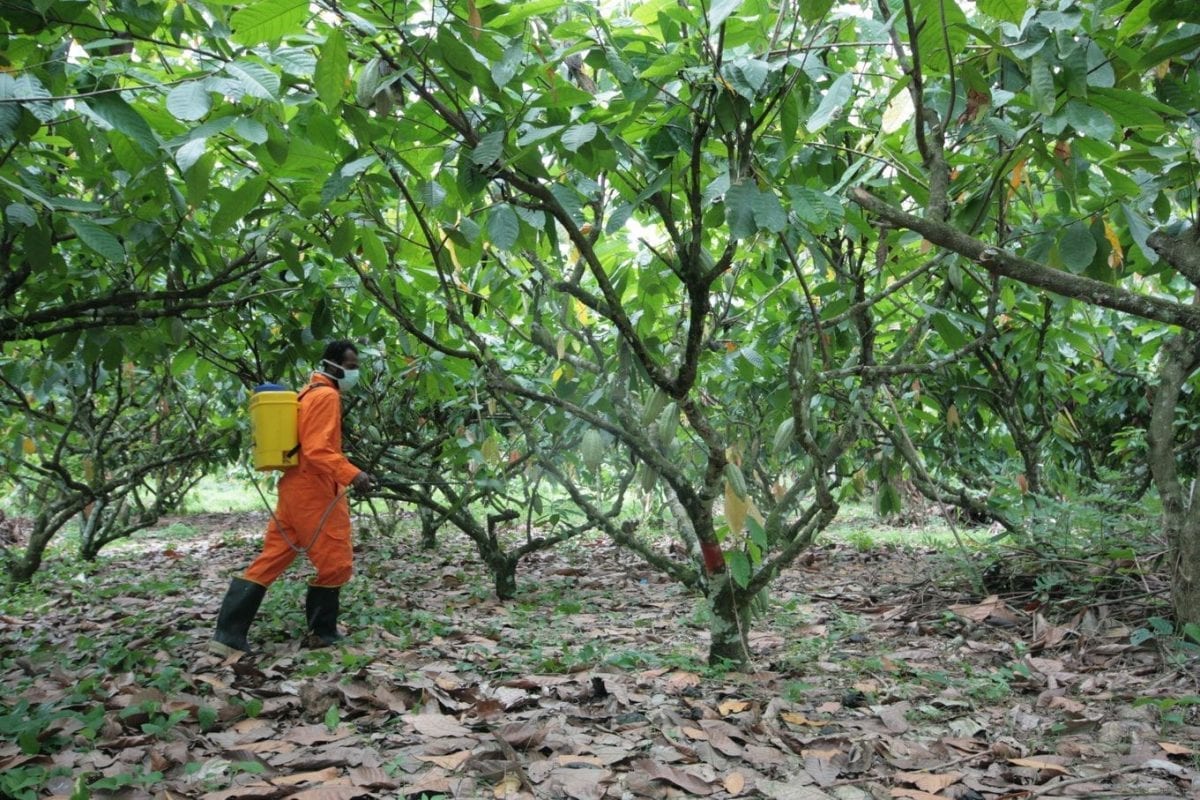 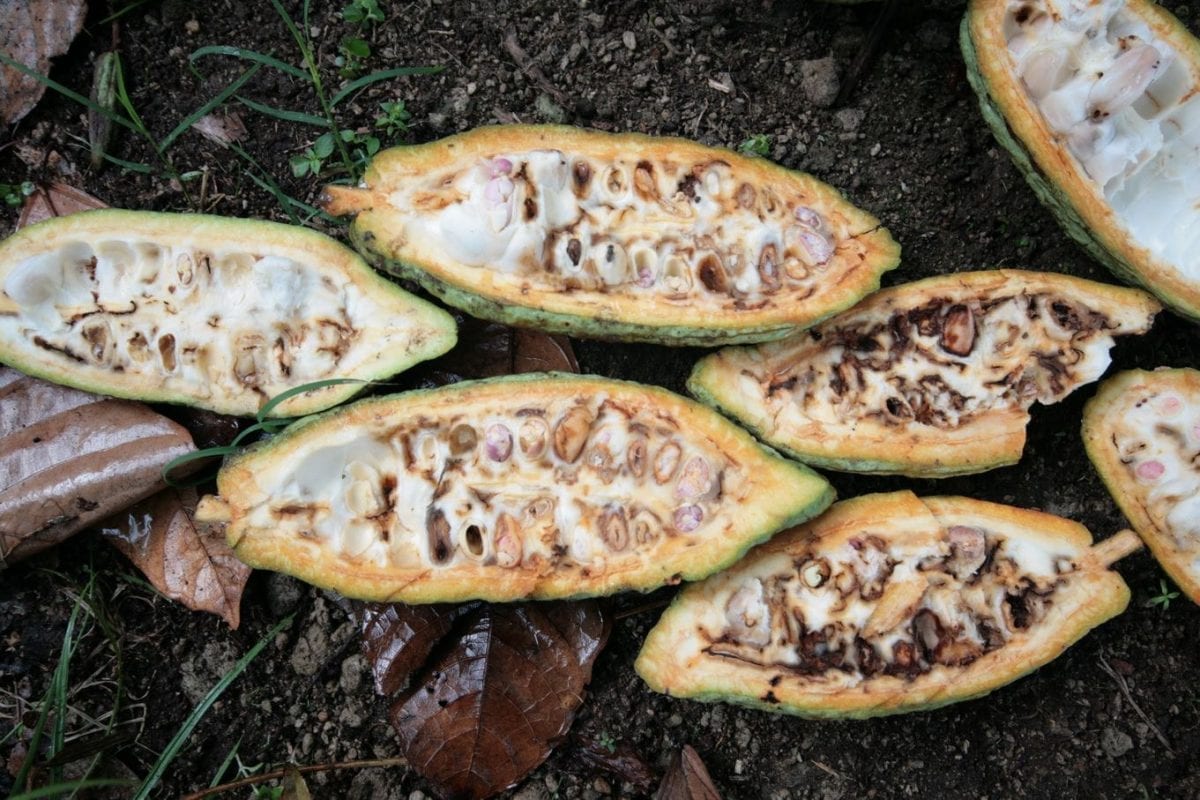 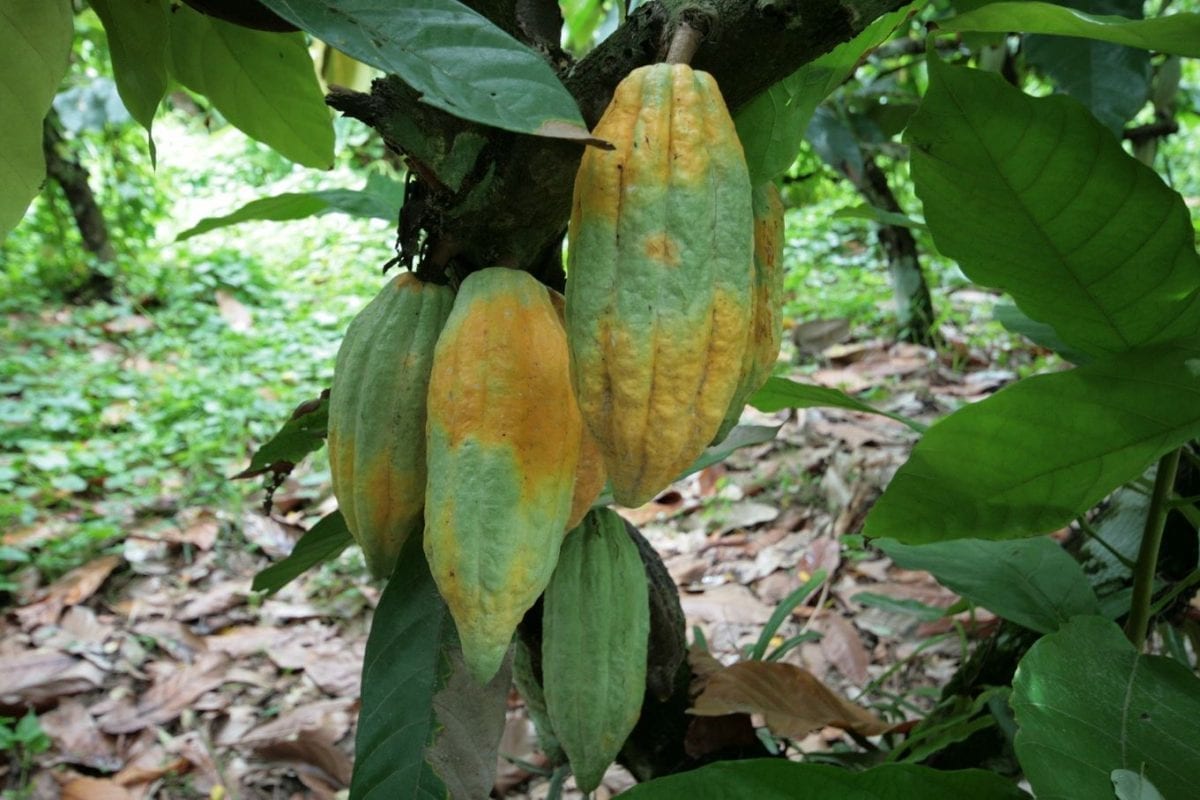 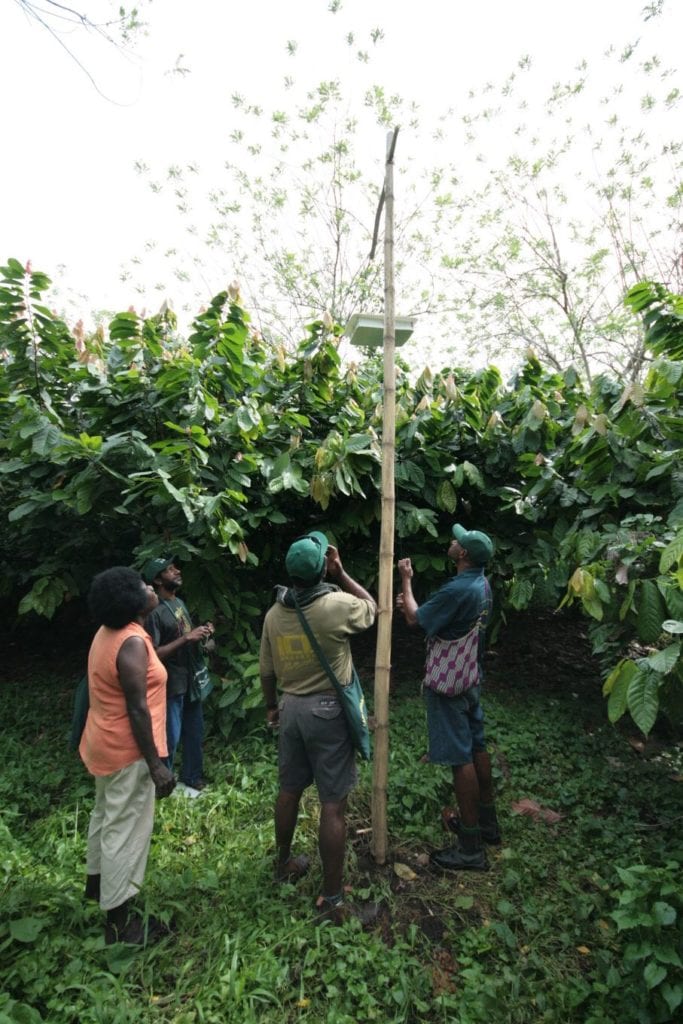 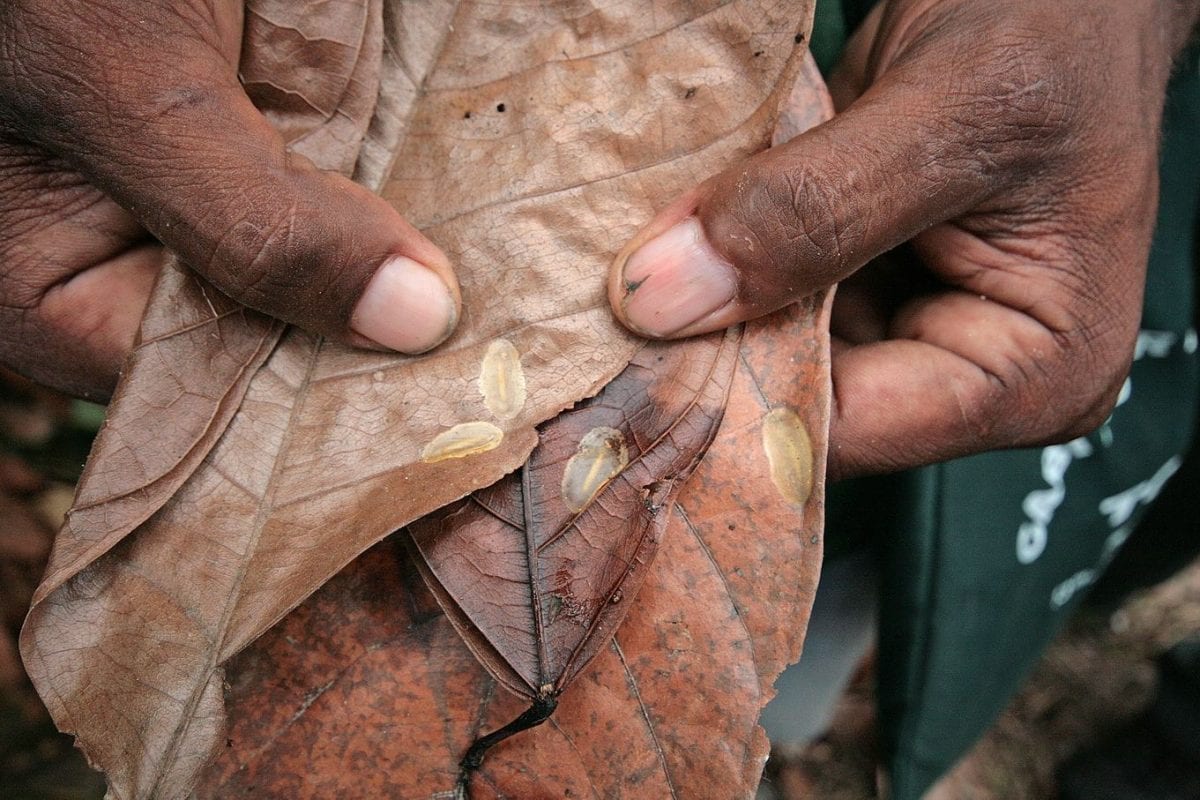 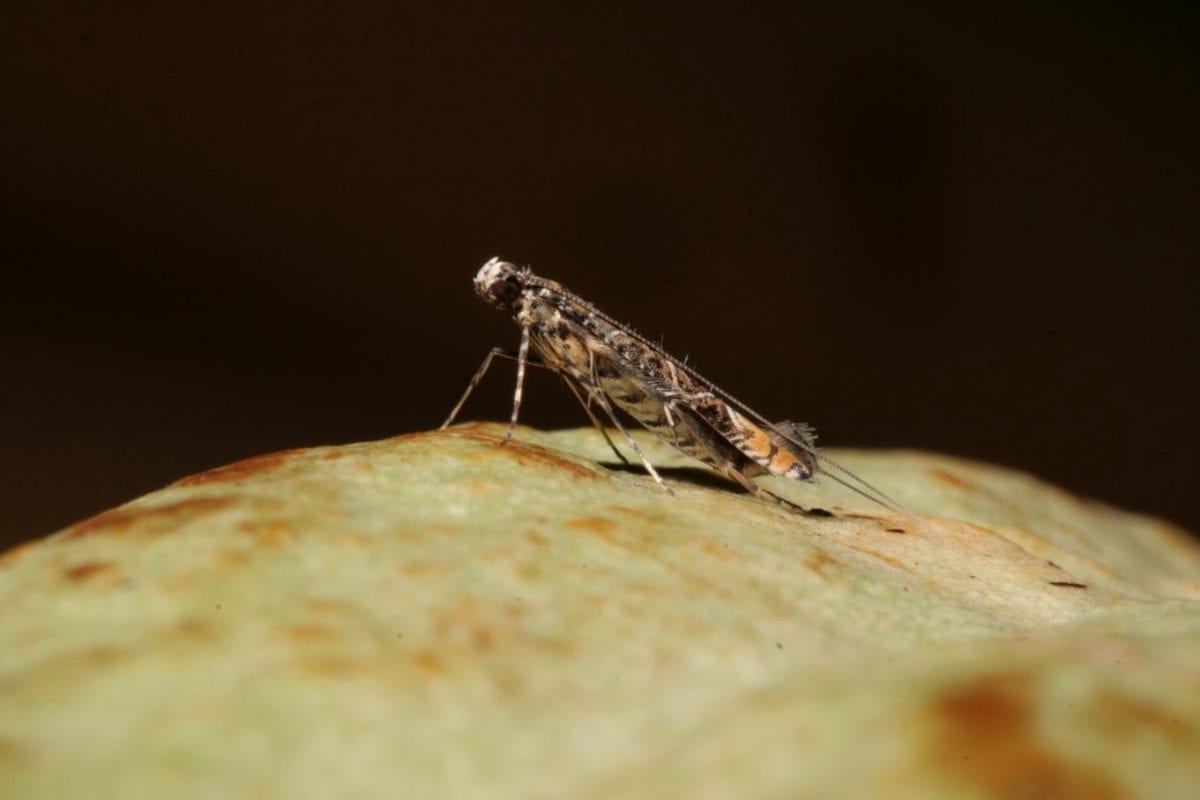 Despite growing global demand for cocoa and the economic importance of the crop, the cocoa industry in Papua New Guinea is in crisis. Production in East New Britain Province (formerly the highest producer) plummeted by 82% between 2008 and 2012. The main cause is cocoa pod borer, first reported in this province in 2006 and it is now beginning to impact on cocoa production in East Sepik Province, Madang and the Autonomous Region of Bougainville.

Money earned through cocoa exports halved between 2011 and 2012, but with cocoa prices predicted to rise to more than $3,000/tonne, lost revenue will become even more damming and apparent.

Past Australian Centre for International Agricultural Research (ACIAR) funded projects indicated that while eradication of cocoa pod borer is impractical in the country, the use of improved genotypes and more intensive management significantly reduces its impact. Regular harvesting, pruning, good block sanitation and pod burial, combined in an ‘integrated pest and disease management’ approach, have been shown to reduce losses due to the cocoa pod borer as well as the main diseases: pod rot and canker caused by Phytophthora and vascular-streak dieback respectively. These measures can eliminate as much as 98% of cocoa pod borer infestation and have been shown to lift yields from 300 kg/ha to over 1,200 kg/ha.

Private sector stakeholders have been instrumental in promoting ‘Certification schemes’ that integrate pest and disease management with sustainable agricultural practices to revive production and consolidate Papua New Guinea’s position as a supplier of fine flavour premium cocoa. These initiatives now form the basis of the Productive Partnerships in Agriculture Project (PPAP), supported by the World Bank, which provides loans to stakeholders for nursery establishment, farm rehabilitation, improving cocoa agronomy and quality. It encourages subsistence farmers to be commercial farmers.

Furthermore, intensification of cocoa production in pilot trials has allowed cocoa-growing communities to reduce the area planted with cocoa crops and diversify their land to include high-value vegetable crops that provide important supplementary nutrition and income.

The primary aim of the project is to build on the successes of our previous work in integrated pest and disease management and extension for cocoa pod borer control in Papua New Guinea, to incorporate improved control elements and extension in an overall package.

The focus will also be on the use and value of the new strategies in regions of new cocoa pod borer infestations in Papua New Guinea. Primarily benefitting smallholder and subsistence farmers.

Overall, the project will do this by:

Guidelines to maximize impact and cost-effectiveness of extension strategies will be used to develop improved, region-specific extension plans. The project outputs will be used to compile guidelines on participatory and discovery learning approaches for farmer field schools (FFS) that improve cocoa productivity and sustainability, including management of the cocoa pod borer, good agricultural practice (GAP), and its extension for cocoa growers in Papua New Guinea. Throughout this part of the project, the team will engage private sector stakeholders to build on the extension work already underway. 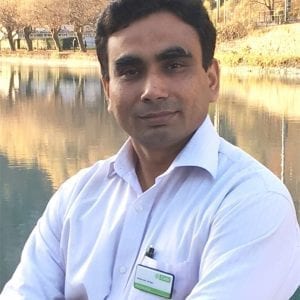