Plants from the Hedychium genus are widely loved and cultivated as ornamentals but a few are threatening delicate ecosystems in Hawaii, New Zealand, the Macaronesian Archipelago (Azores, Madeira and the Canaries), Brazil, Australia and La Réunion. We are researching natural ways to manage the plants where they have become invasive, which involves returning to their original home range in the North eastern Himalayan foothills to try to find damaging and specific insects and/or pathogens which may prove suitable for release in the invaded range. 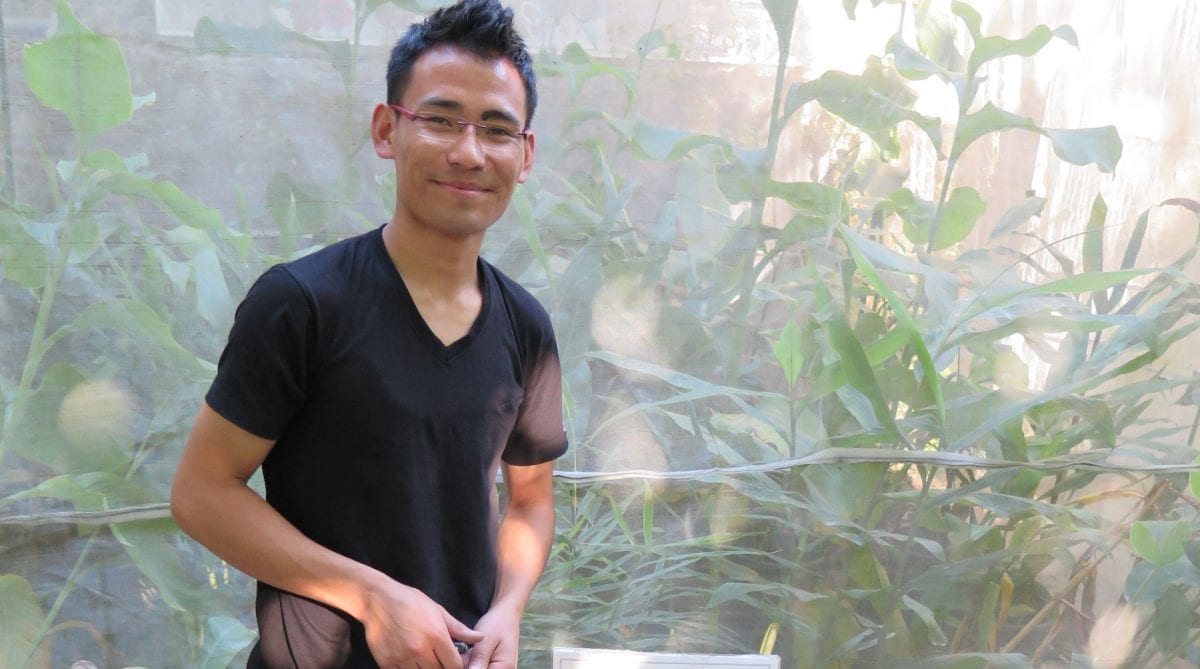 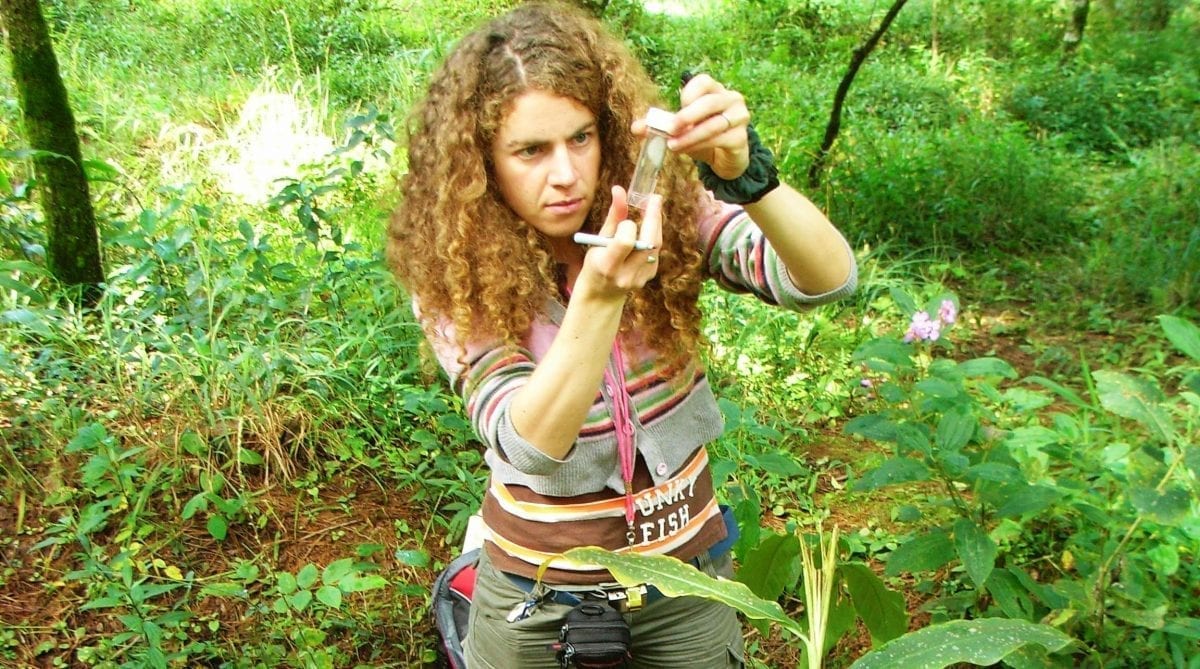 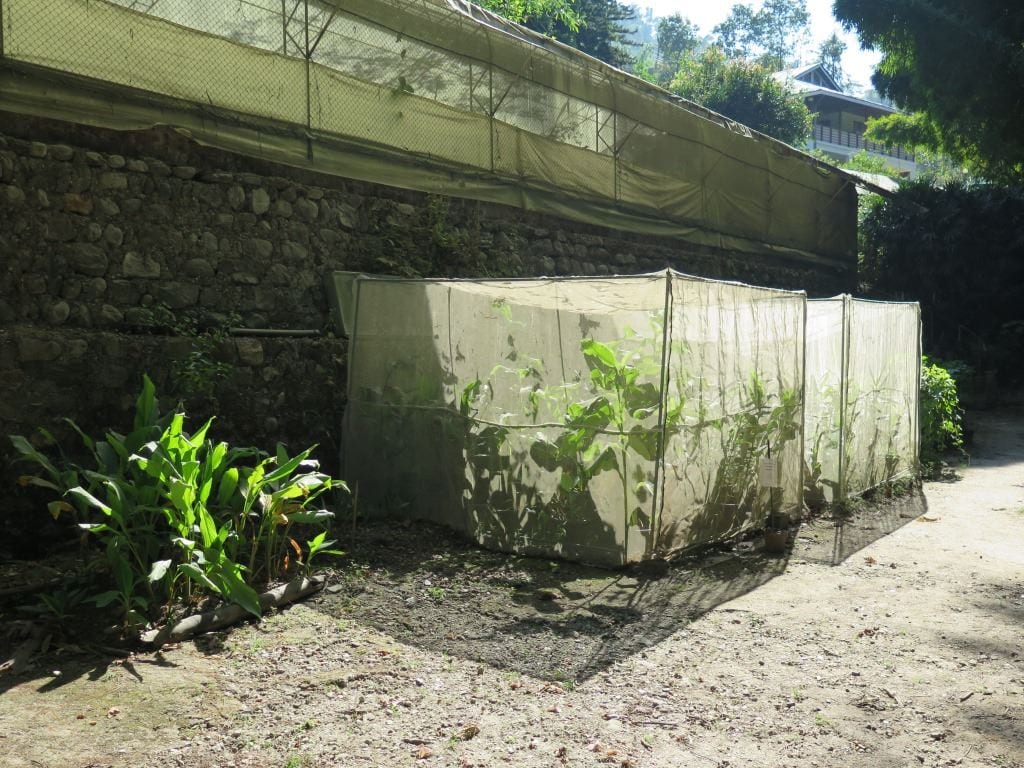 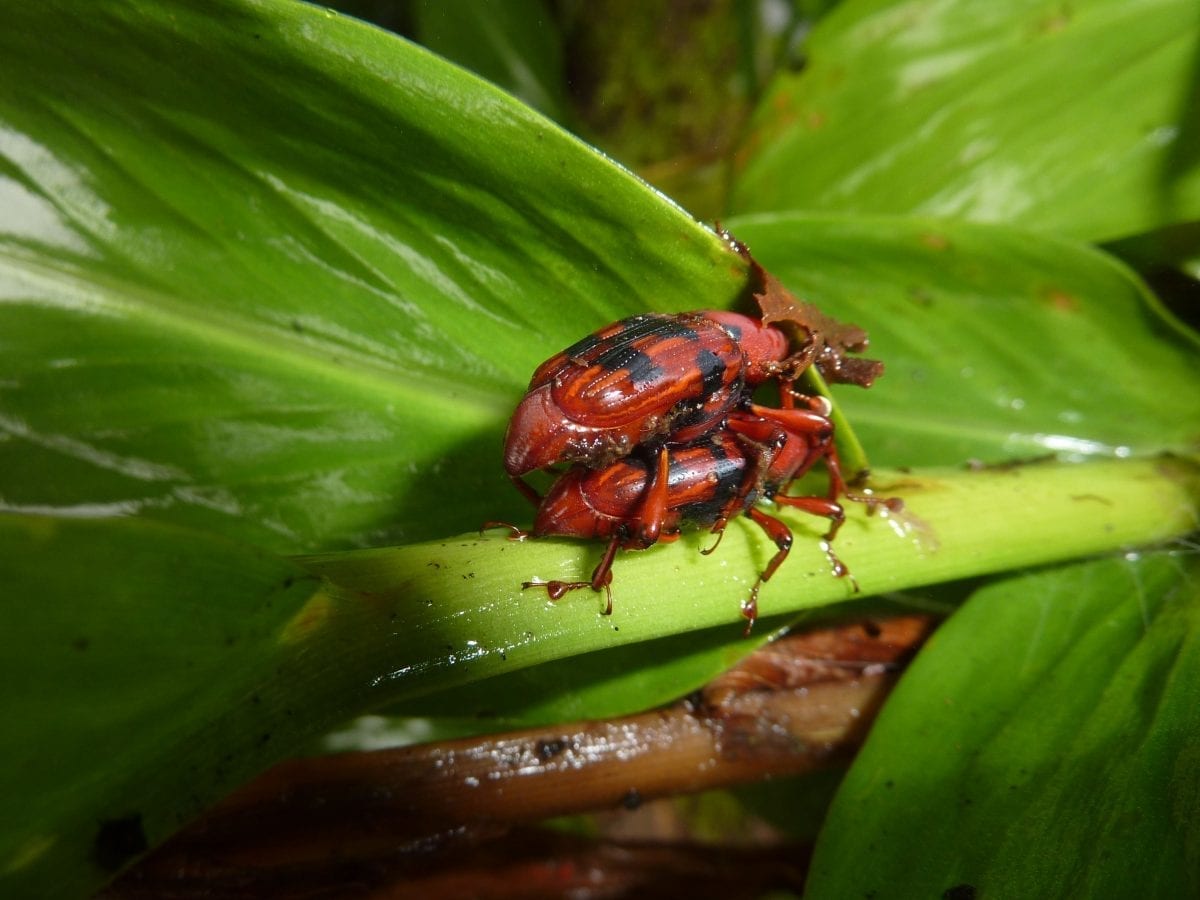 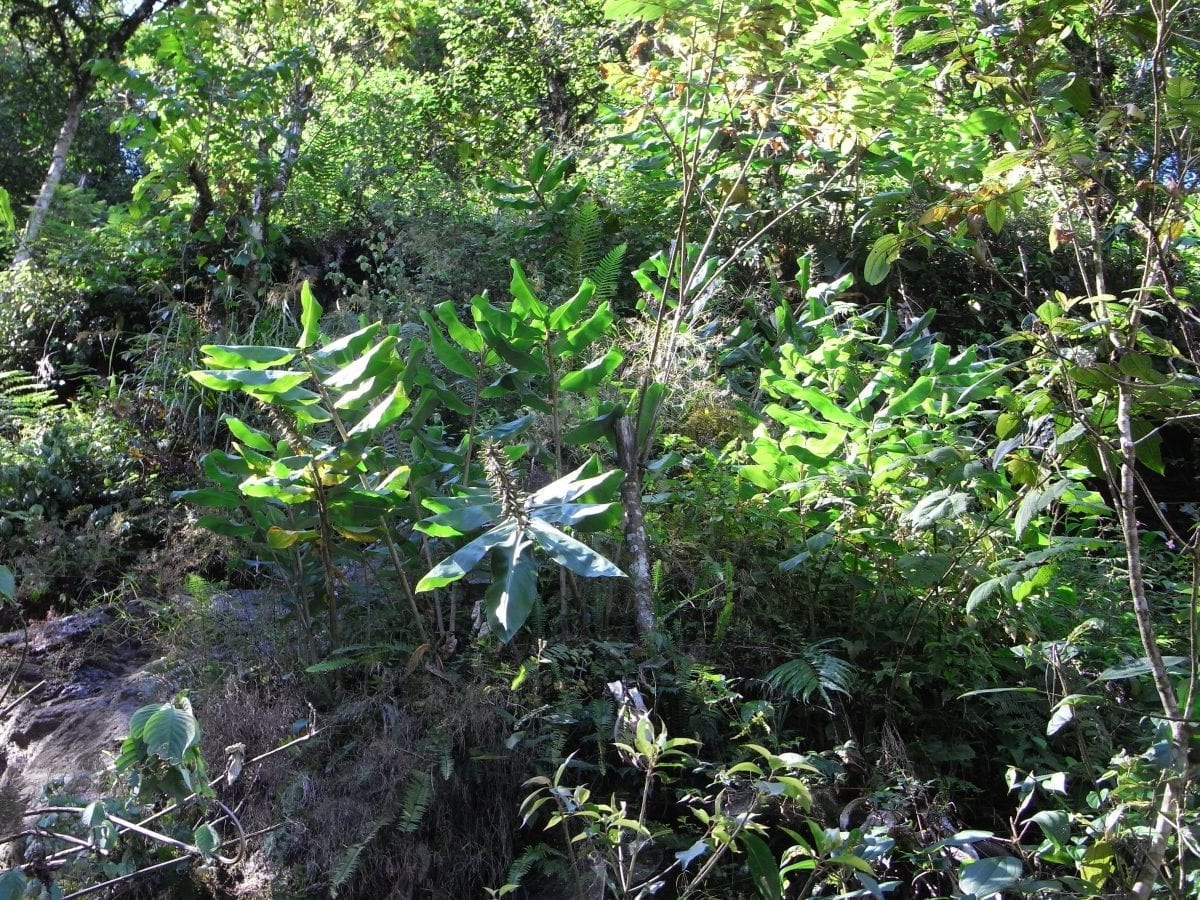 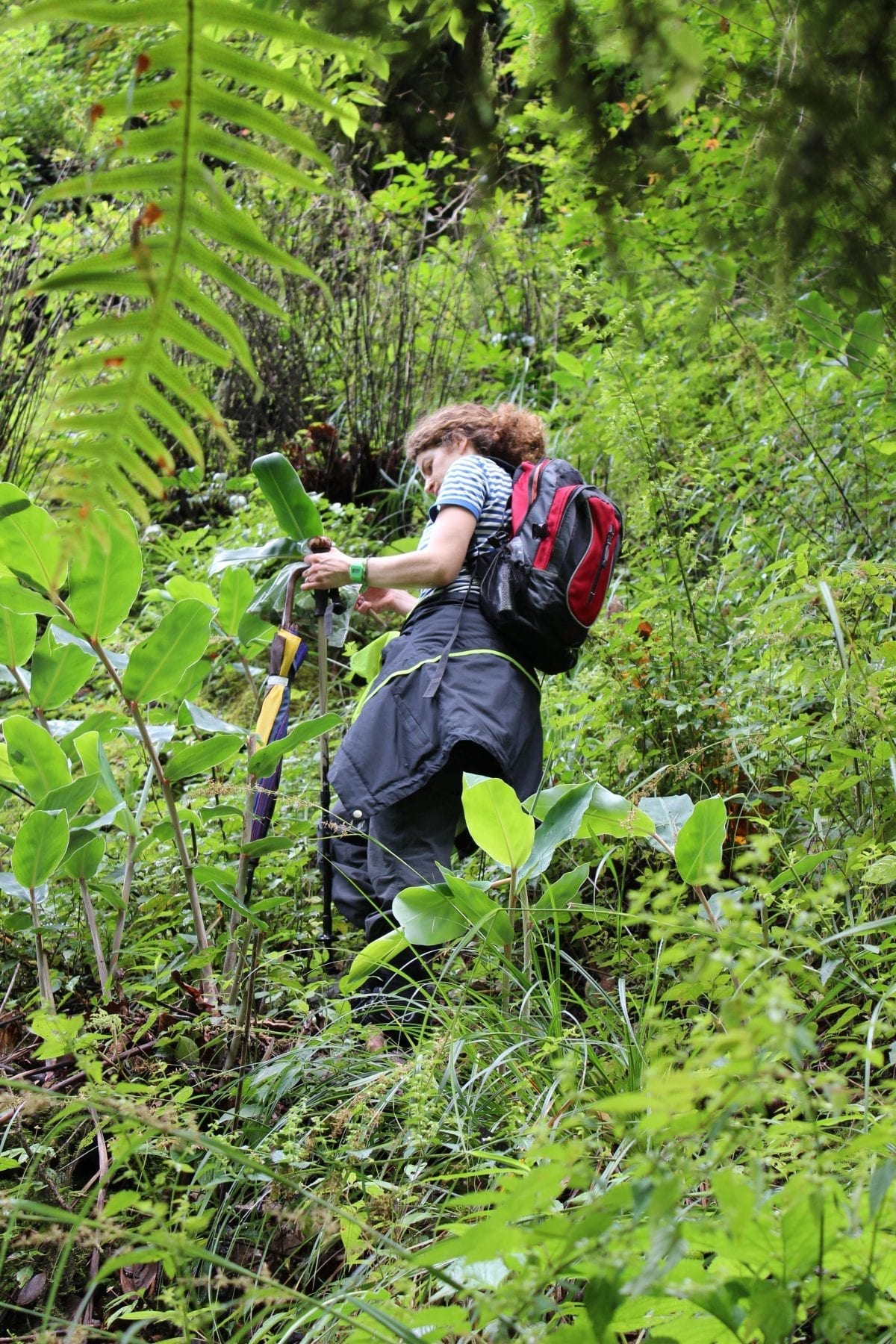 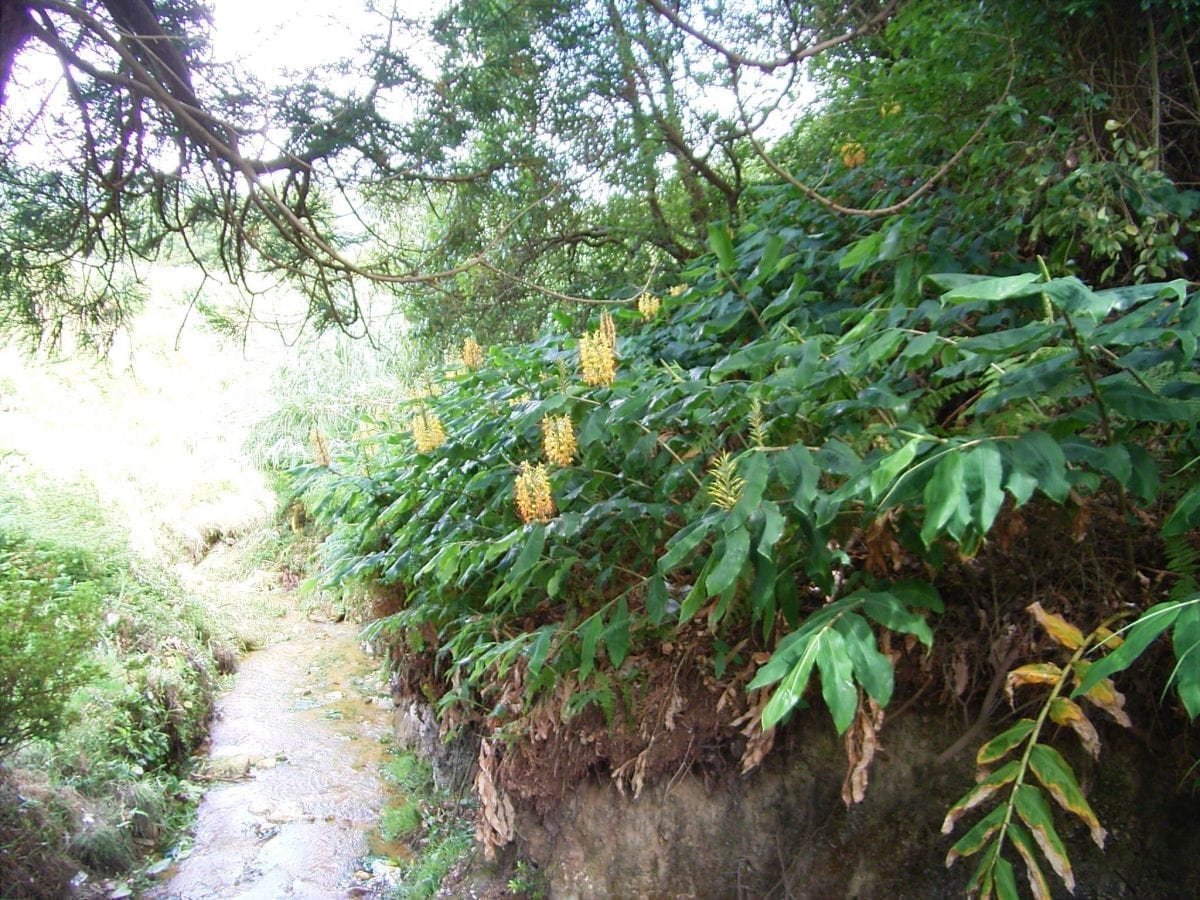 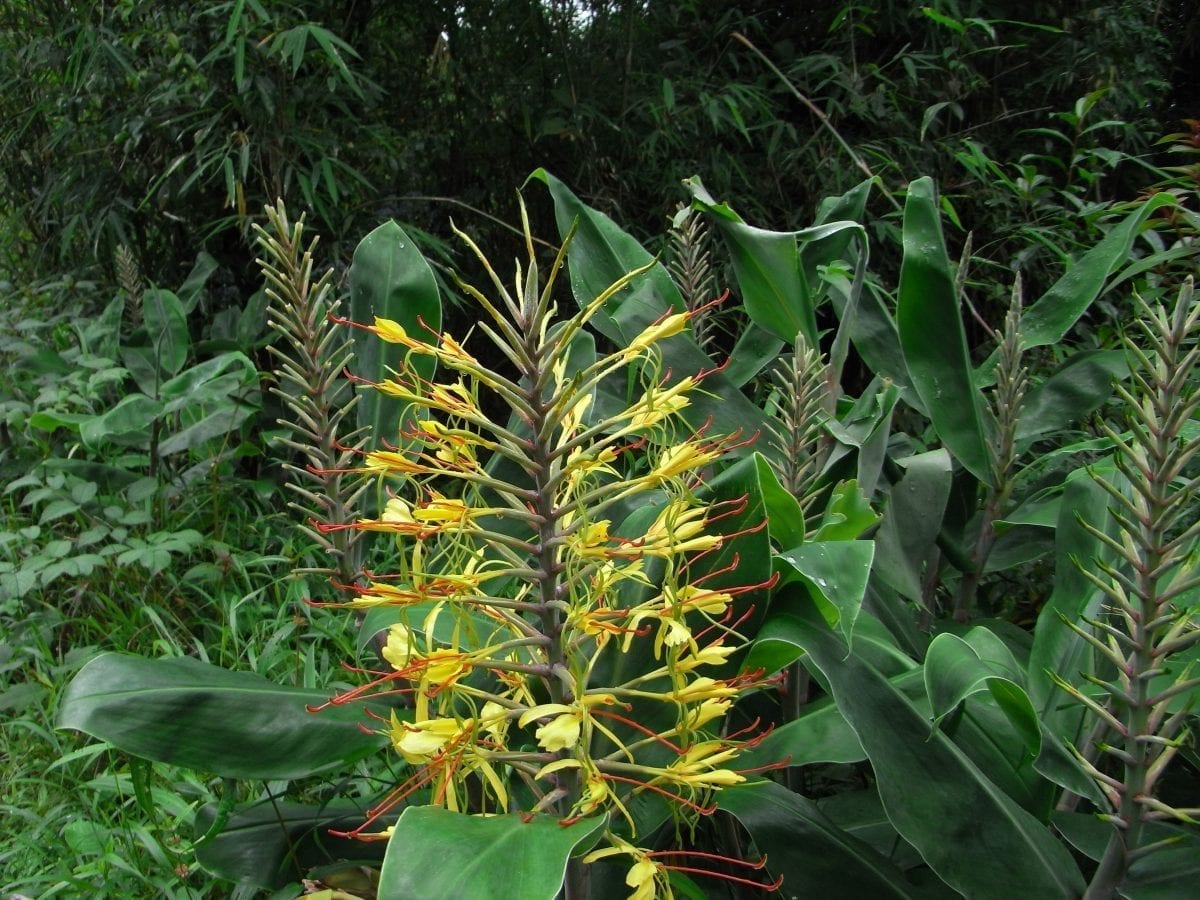 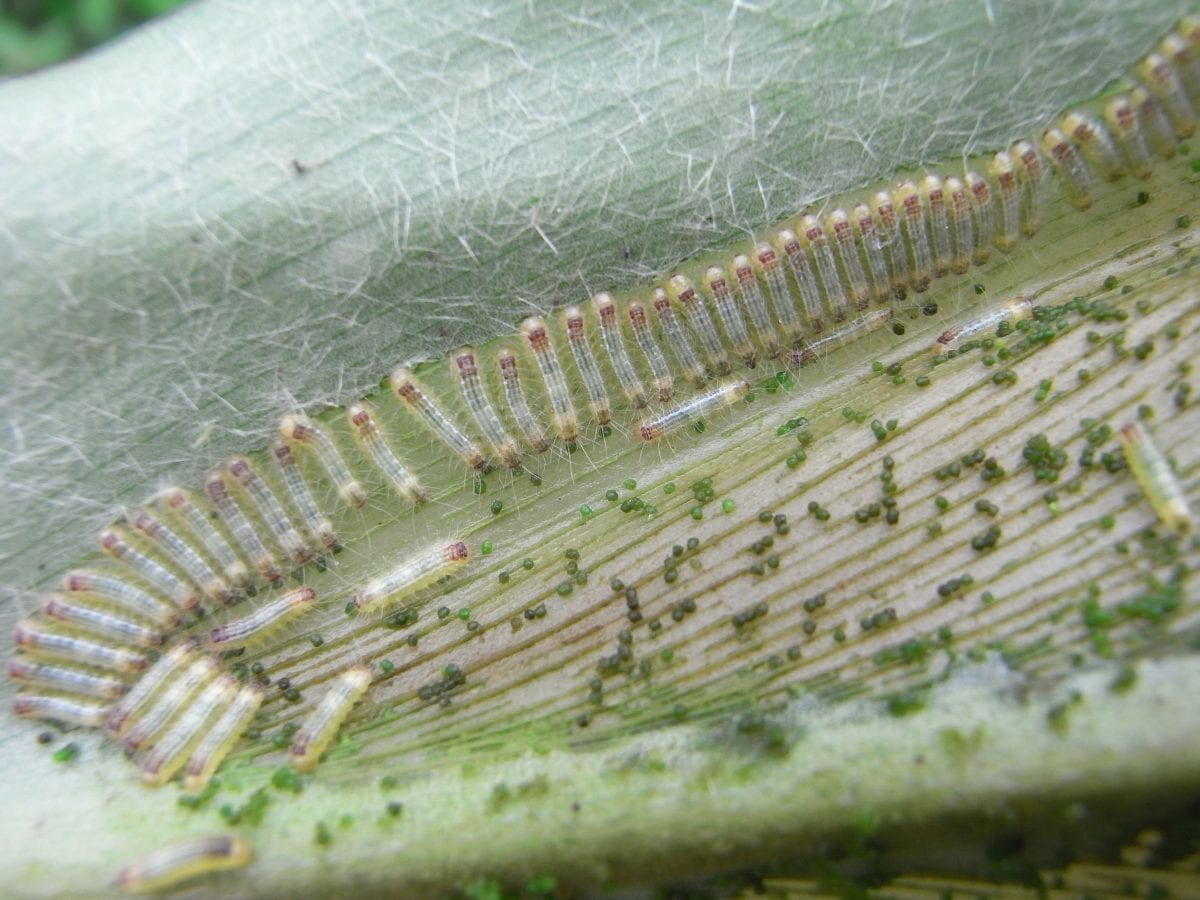 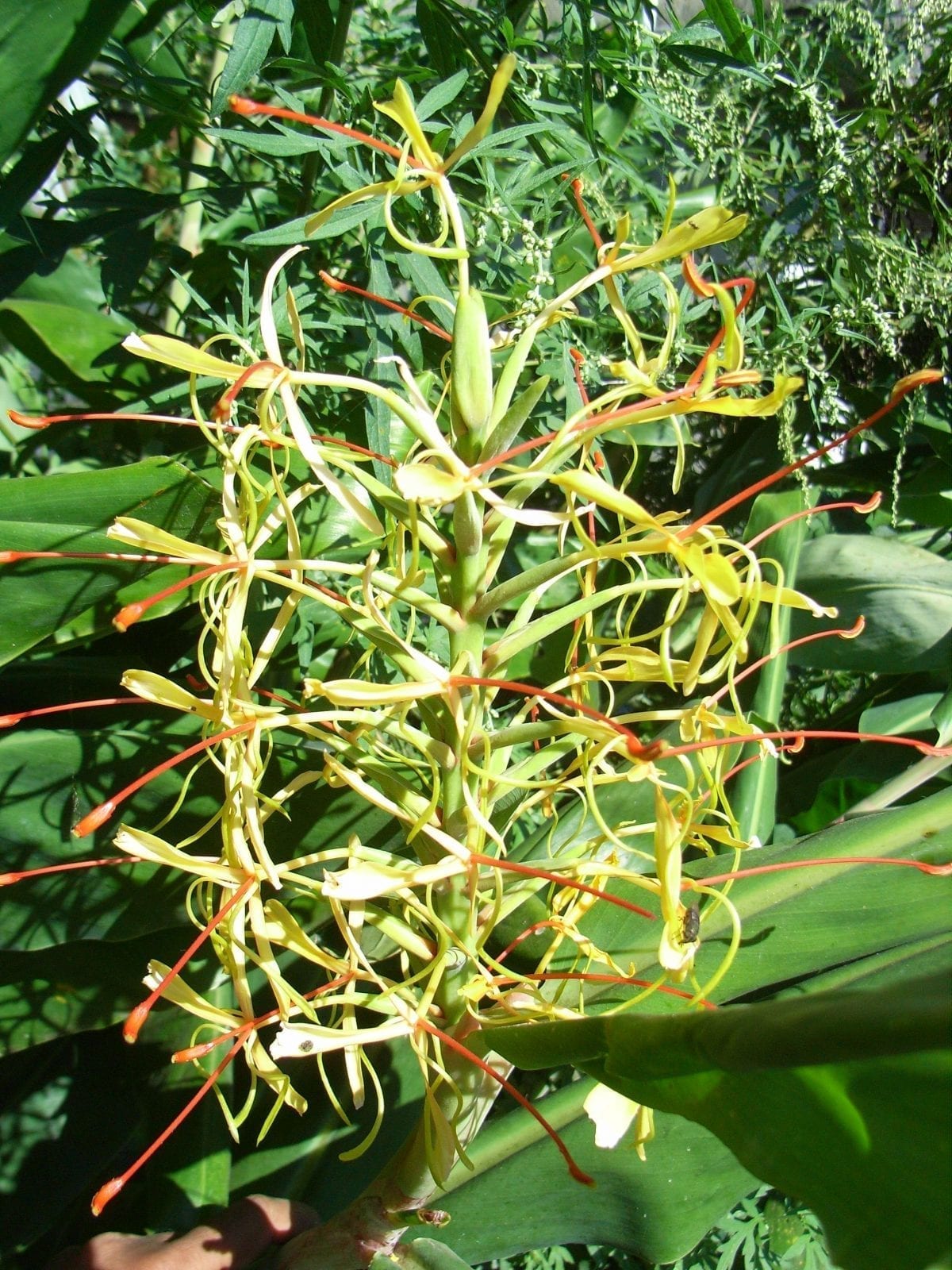 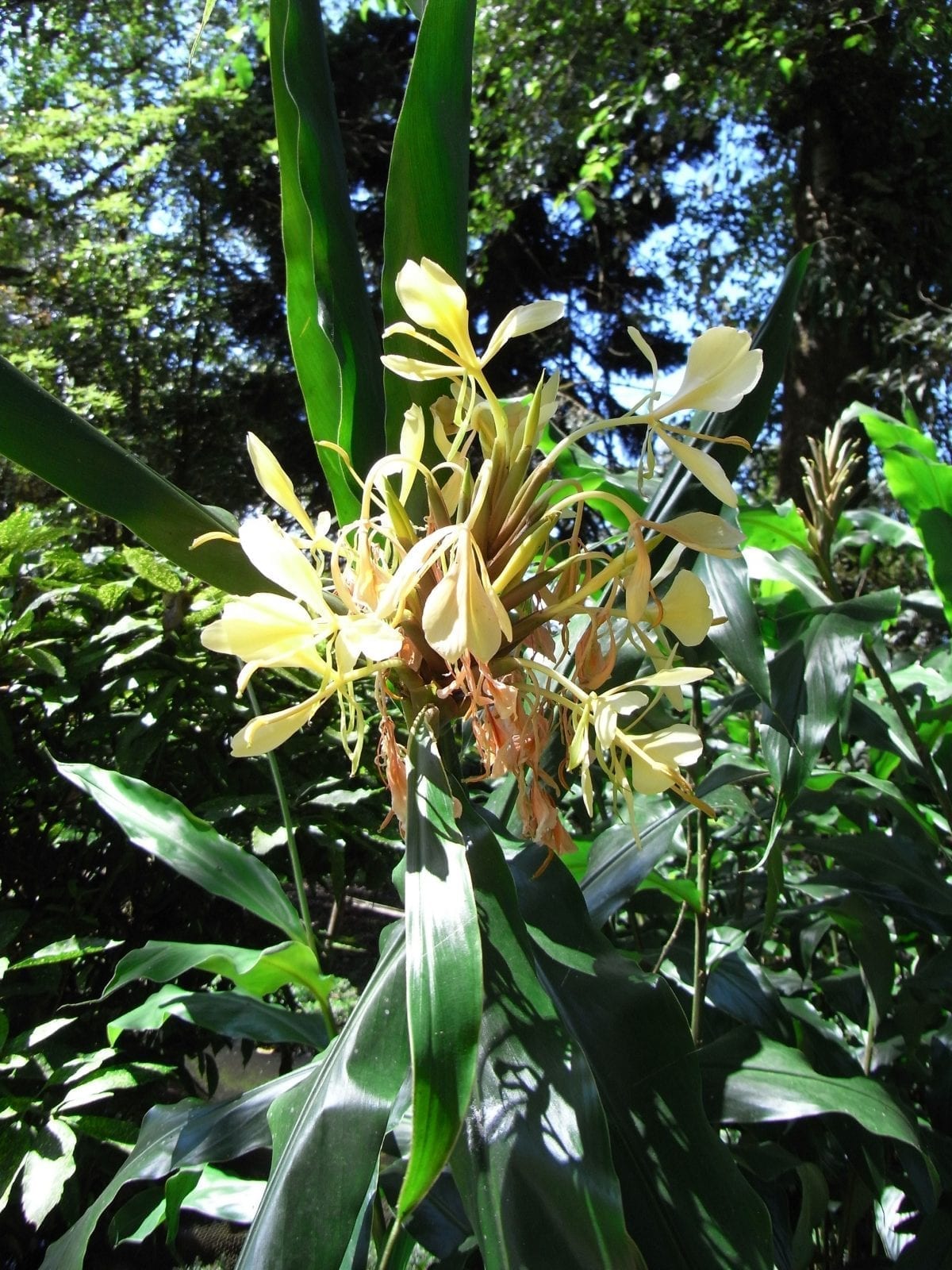 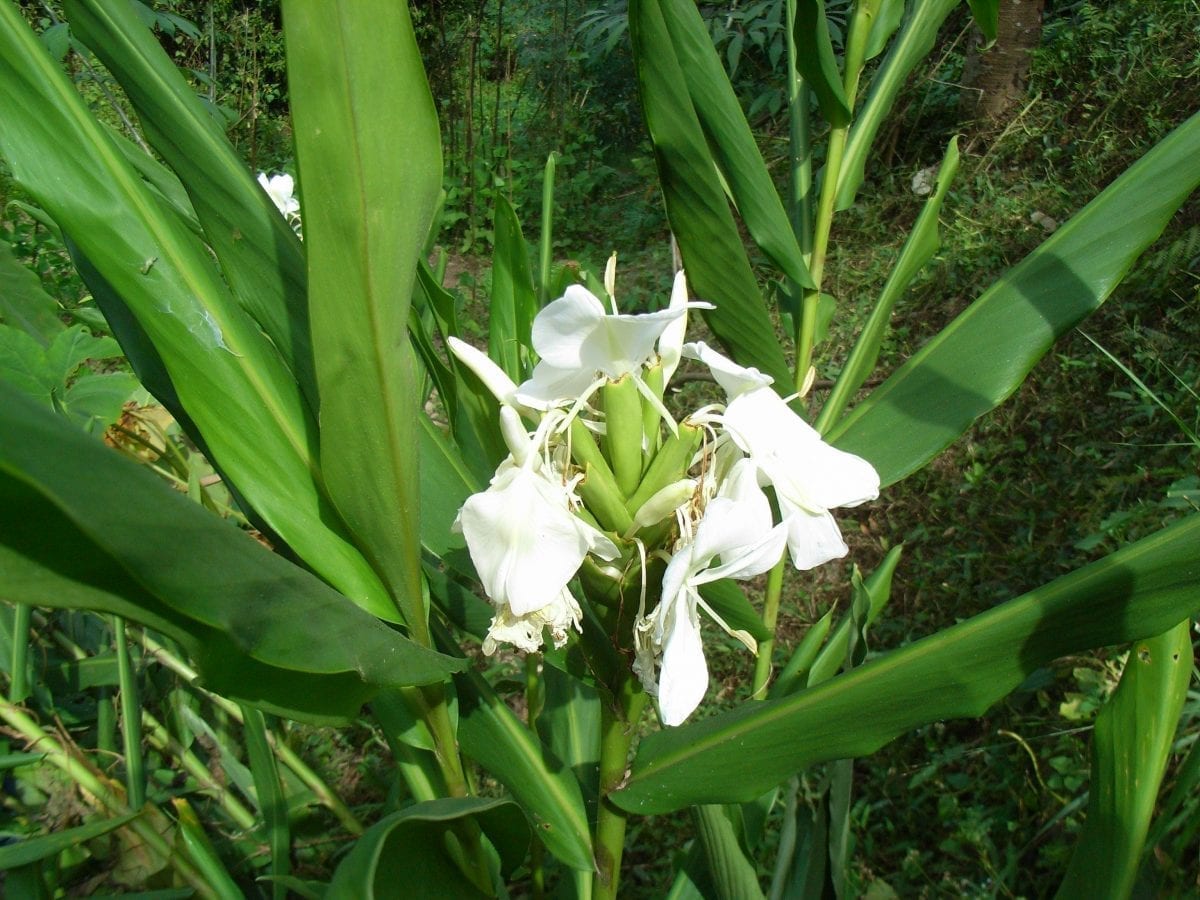 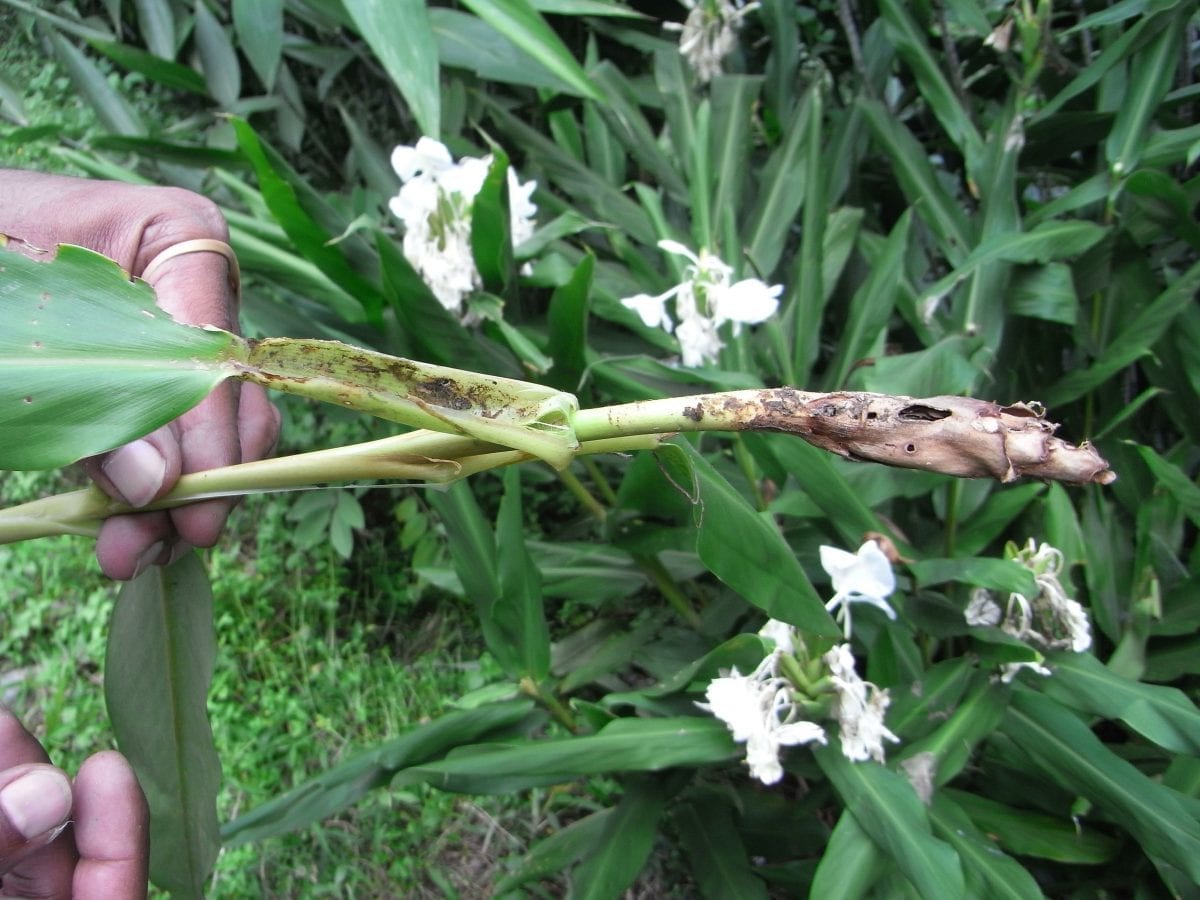 Many species in the Zingiberaceae family have been widely used throughout history. Root ginger (Zingiber officinale) and turmeric (Cucurma longa) for instance, has been cultivated across Asia both for its medicinal and culinary purposes.

Plants in the genus Hedychium have long been traded and grown as ornamentals due to their heady perfume and attractive flowers. Three of these ’wild gingers’: Hedychium gardnerianum, H.flavescens and H. coronarium, known as Kahili ginger, yellow ginger and white ginger respectively, have escaped from botanical and public gardens and are now aggressively invading many forest ecosystems across the world.

Most of the threatened ecosystems are on islands and these are often unique and delicate. Rare invertebrates in Brazil and the Portuguese Azores bullfinch are threatened by habitat loss, while in New Zealand and Hawaii the smothering of native young plants and the prevention of seedlings establishment threatens whole ecosystem processes and endangers the biodiversity of native, undisturbed forests.

In their native range of the North eastern slopes of the Indian Himalayas, Nepal and southern China, these wild ginger species grow in harmony with their surroundings. Predators and diseases have co-evolved alongside the wild ginger and so naturally keep it under control. However, due to a lack of predators and diseases in the invaded countries, the plants grow un-checked, spreading with abandon, forming dense thickets and outcompeting native plants. The species are prolific seed producers, have strong vegetative reproductive potential and produce a vast network of rhizomes (roots) which form a barrier to native plants and impact on ecosystem function. The sheer density and often the remoteness and inaccessibility of some of the colonised areas mean mechanical control is ineffective.

The use of chemical herbicides also has its problems with concerns of their damaging environmental side-effects. This means that natural control – the use of specific predators and diseases as a means to manage these invasive species – offers the only realistic solution for long-term, sustainable control.

Since 2008, CABI has been funded by a consortium of sponsors from Hawaii and New Zealand to find a biological control for the most invasive of the Hedychium complex, Hedychium gardnerianum.

Having prioritised several promising species, this ongoing project aims to complete the specificity testing against a number of closely related and economically important non-target plants for Hawaii and New Zealand. The agents under evaluation include: a stem mining fly (Merochlorops cf. dimorphus) and a striking weevil (Prodioctes sp.), as well as the Hispine beetles (Prionispa patra and Gonophora pulchella). If these prove suitably specific to the target host, H. gardnerianum, applications will be made to the relevant regulatory bodies in Hawaii and New Zealand to release into the wild.

We also want to complete the inventory of species on Hedychium hosts from the eastern Himalayas.

In order to implement this research, collaborations with Indian institutes are essential. CABI has ongoing collaborations with the Indian Council of Agricultural Research (ICAR) through NBAIR (National Bureau of Agricultural and Insect Resources), Sikkim Government’s Department of Forest, Environment and Wildlife Management (DFEWM) and Sikkim University (through funding a PhD student). These in-country links are crucial to progress the science and field research, to negotiate the national legislation requirements and to facilitate the export of insect agents to the UK, and, ultimately, to New Zealand and Hawaii if they prove specific enough.

CABI will continue to promote the project and seek further stakeholders for the consortium through publications and presentations at high-level international conferences.

The project began in 2008 with a feasibility study and exploratory surveys across North East India. Funding has been ongoing year-on-year thanks to stakeholders from New Zealand and the USA.

Export of natural enemies from India was approved in 2011/12 and since then, surveys in the Himalayan foothills (state of Sikkim) have been carried out every year to collect and prioritise natural enemies associated with invasive Hedychium species. In 2016 and 2017, a hiatus in export precluded any progress in the UK, although some research was undertaken in India.

Host range testing in the UK and field testing in India have concentrated on the highly-specific Merochlorops fly and the large, conspicuous Prodioctes weevil. When sufficient, robust evidence has been gathered for the specificity and safety of these agents, an application to the New Zealand Environmental Protection Authority will be submitted.

The fly and weevil will also be characterised through taxonomic and molecular studies, whilst joint publications are anticipated and form an important part of the application process. The inventory of species associated with H. gardnerianum, H. flavescens and H. coronarium continues to be consolidated and any new species of interest are assessed accordingly.