The desert locust Schistocerca gregaria (Forskål) is considered as the most devastating transboundary pest of all migratory pest species in the world due to its high reproduction rate, ability to migrate long distances, and destruct the crops. The ongoing spread of desert locusts in the region of South Asia represents an unprecedented threat to food security and livelihoods. Although there are many factors involved, change in climate directs unpredictable direction to wind which is responsible for this unusual spread of pest from India towards Nepal. According to the Food and Agriculture Organization of the United Nations (FAO), even before the cyclone Amphan hit the country, dry conditions prevailing in the west forced immature adult swarms to move eastward in India, crossing the entire northern India as far as Bihar and Orissa. Though the risk posed by desert locust is extremely low in Bangladesh, the chances get much lower because of the monsoon. During the monsoon it gets very humid and the potential of nymphs getting infected by pathogens is high and they die naturally being completely outside of their desert habitat. The rapid and sudden upsurge of the locust population that is unleashing destruction globally can be attributed to aberrant and erratic climatic behaviour triggered by global warming. Therefore, the government of Bangladesh is taking proactive steps to manage different transboundary pests to ensure food security and livelihoods. 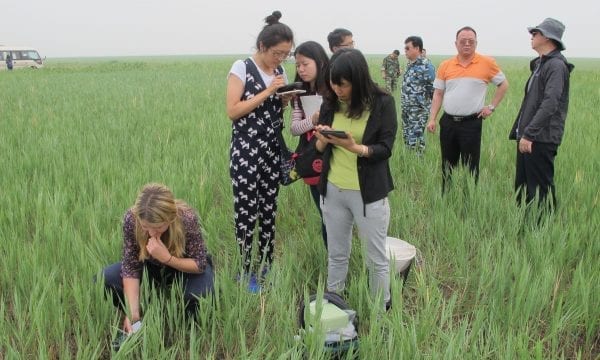 Improving the rational use of pesticides for locusts in China