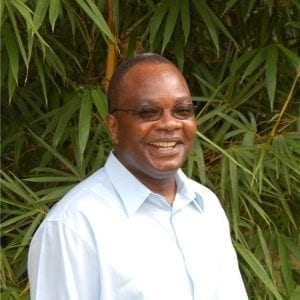 BSc in Agriculture; MSc in Plant Biology/Pathology; PhD in Microbiology

I have worked for CABI since April 2001 on agricultural development projects. Throughout my time at CABI, I have been responsible for developing and disseminating management strategies for diseases, insect pests, seed systems challenges, and development of disease resistant/tolerant varieties using participatory approaches.

Previously, I led a team which developed kale varieties from an indigenous kale landrace in Kenya. And, together with other team members, I also developed a seed production model for the varieties. Two of the developed varieties were officially registered and released by the government variety release committee of Kenya. Furthermore, I have worked on vegetable viruses, identified two major viruses; Cauliflower mosaic virus (CaMV) and Beet mosaic virus (BtMV) infecting brascicas in Kenya, and determined their impact on cabbages and kales. An IPM strategy for their management was also developed. I led a capacity building project in upland rice, NERICA, seed production in Uganda, and contributed to developing and implementing a similar project for Uganda and South Sudan.

I have led  multi-country programmes and projects for management of coffee wilt disease (Uganda, DRC, Ethiopia, Rwanda, Tanzania and Uganda), coffee leaf rust (India, Kenya, Rwanda, Uganda and Zimbabwe), and white coffee stem borer (India, Malawi and Zimbabwe). Developed a coffee leaf rust resistant variety through single plant selection, and the variety was registered in Malawi. A range of management strategies (varietal, chemical, and cultural) were developed and are being used in respective countries. I have also led work on development of awareness raising and training resources for Cassava brown streak virus disease for countries in eastern and central Africa. Finally, I have carried out a consultancy on determining the storage pest status in Millennium Village project countries of Kenya, Malawi and Tanzania, and recommended management strategies for identified storage pest problems.

As a manager, I am currently overseeing CABI’s Southern Africa regional centre. So far my role has led to fostering and establishing of systems of administration and infrastructure in the new centre. I am also developing links and strengthening productive relationships with member countries, and stakeholders operating in these countries, which include regional, national and other bodies responsible for research and development. 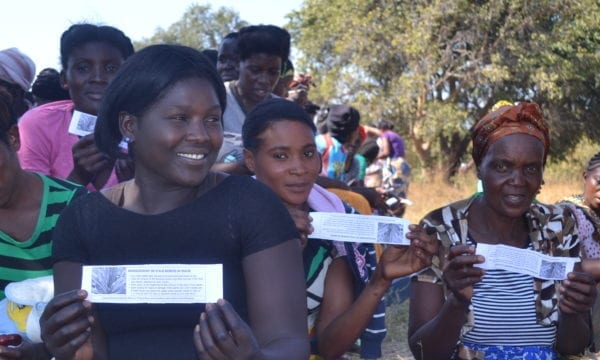 CABI’s Zambia office serves the Southern African region. As agriculture is the main employer and source of income for the majority of the population here, this office executes our development projects and improves knowledge sharing to address agricultural and environmental challenges encountered by Southern African smallholder farmers.

Pests and diseases often limit how much smallholder famers can produce. They affect crops both pre and post-harvest by reducing their value or making them unsafe for human consumption. Farmers try to reduce losses through a range of techniques, some of which have human or environmental health impacts. This project aims to understand and report on current crop protection practices and identify the most effective, safe and innovative options to integrate into GIZs programmes in 14 countries.

Pests can decimate crops and are estimated to cause around a 40% loss. These insects, mites and plant pathogens can impact on food security and impede supply chains and international trade. A Pest Risk Information SErvice (PRISE) aims to solve this problem by using data to help farmers manage pests in up to five countries in sub-Saharan Africa.