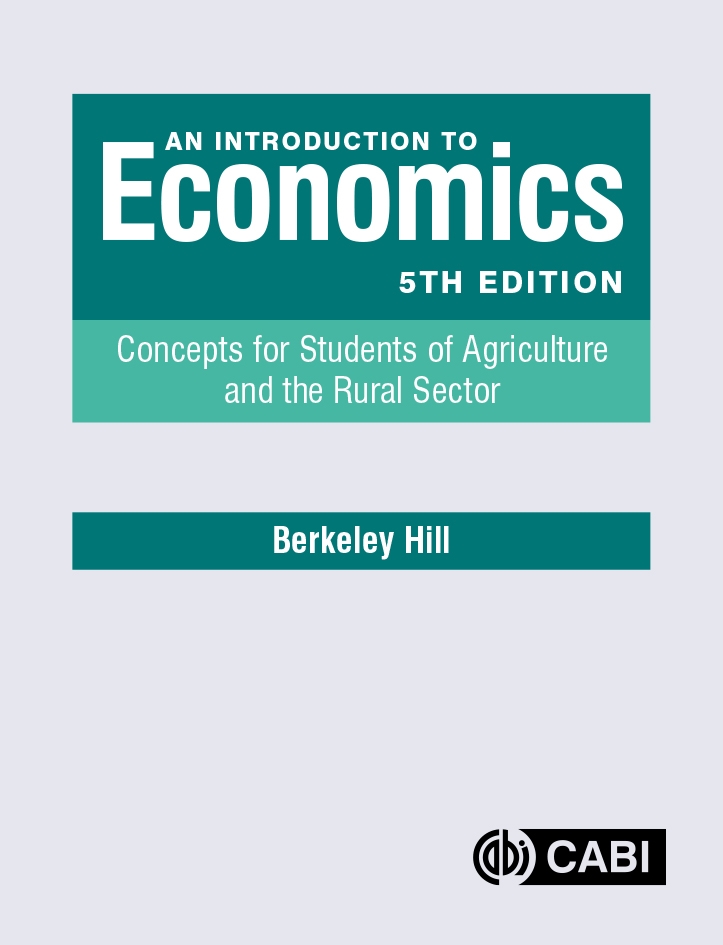 An Introduction to Economics

Concepts for Students of Agriculture and the Rural Sector

Updated and revised, this fifth edition incorporates recent developments in the environment in which agriculture operates. Issues that have gained prominence since the previous edition (2014) include climate change and agriculture's mitigating role, concern with animal welfare, the social contributions that agriculture makes, risks associated with globalization, and rising concern over sustainability. Important for UK and EU readers are the adjustments needed now that the UK is no longer a member of the European Union and the nature of the national policies developed to replace the EU's Common Agricultural Policy. Containing all the major economic principles with agriculture-specific examples, An Introduction to Economics, 5th Edition provides a rounded and up-to-date introduction to the subject. The inclusion of updated chapter-focused exercises, essay questions and suggestions for further reading make this textbook an invaluable learning tool.
This book:
Is updated to include new developments, such as Brexit, importance of climate change and animal welfare.
Includes exercises and essay questions.
Suggests further reading to supplement the text.
This book is recommended for students of agriculture, economics and related sectors.

For students of agriculture, the rural sector and related studies in universities and colleges

Successively from 1970 to 2005 Berkeley Hill held the posts of lecturer, senior lecturer, reader in Agricultural Economics and, from 1999, professor at Wye College (University of London) and, following its merger in 2000, Imperial College London. This involved teaching economics and policy and researching at the interface between statistics and policy. On early retirement in 2005 he was made Emeritus Professor of Policy Analysis by Imperial College London (currently being listed within its Environmental Policy group). In 2008/9 Berkeley Hill was elected President of the Agricultural Economics Society. Since 2005 he has worked as a consultant for the World Bank, FAO, OECD, Department for Environment, Food and Rural Affairs, and the UNECE. He has also worked as part of the AgraCEAS Consulting team (a business part-owned by Imperial College) evaluating aspects of rural development policy in England, Wales and Scotland and in assessing the impact on agriculture of Brexit.

Digital Technologies for Agricultural and Rural Development in the Global South