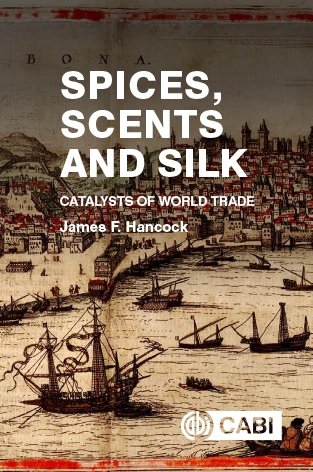 Spices, scents and silks were at the centre of world trade for millennia. Through their international trade, humans were pushed to explore and then travel to the far corners of the earth. Almost from their inception, the earliest great civilizations - Egypt, Sumer and Harappa - became addicted to the luxury products of far-off lands and established long-reaching trade networks. Over time, great powers fought mightily for the kingdoms where silk, spices and scents were produced. The New World was accidentally discovered by Columbus in his quest for spices.

What made trade in these products so remarkable was that the plants producing them grew in very restricted areas of the world, distant from the wealthy civilizations of northern Africa, Greece and Europe. These luxuries could be carried from mysterious locations on the backs of camels or in the holds of ships for months on end, and arrived at their final destination in nearly perfect condition. Once the western world discovered the intoxicating properties of these products, their procurement became a dominant force in the world economy. Nothing else compared with their possible profit returns.

In this book, eminent horticulturist and author James Hancock examines the origins and early domestication and culture of spices, scents and silks and the central role these exotic luxuries played in the lives of the ancients. The book also traces the development of the great international trade networks and explores how struggles for trade dominance and demand for such luxuries shaped the world.

Recommended for academics, students and general readers with an interest in crop and agricultural development, world trade, economic botany, history of food, and global economics and public policy, Spices, Scents and Silk offers a fascinating and insightful history.

James F. Hancock is a University Distinguished Professor at Michigan State University. He received his BS in Biology from Baldwin Wallace College (Berea, Ohio), a MS in Botany at Miami University (Oxford, Ohio) and a Ph.D. in Genetics at the University of California, Davis. After a short stint in the Biology Department at the University of South Carolina, he moved to Michigan State University (MSU) as an assistant professor of Horticulture, where he was for over thirty years, being promoted to Professor in 1986. He was the Director of the Plant Breeding and Genetics Program at MSU from 2004 to 2009. The emphasis of his research has been on the breeding and genetics of blueberries and strawberries, and he has published prodigiously in these areas. His previous books have been “The Strawberry”, “The Blueberry” (with Jorge Retamales), “Plantation Crops: Power and Plunder, Evolution and Exploitation” and “Plant Evolution and the Origin of Crop Species”. He has also edited “Temperate Fruit Crop Genetics: Germplasm to Genomics”, and “Environmental Biosafety” (with Rebecca Grumet, Karim Maredia and Cholani Weebadde). He is fellow of the American Society for Horticultural Science, Wilder medal recipient of the American Pomological Society, a former Fulbright Fellow to Chile and received the Technology Transfer Achievement Award from the Innovation Center of MSU for his blueberry cultivar releases.

Nature of Crops, The

Toxic Plants and Other Natural Toxicants