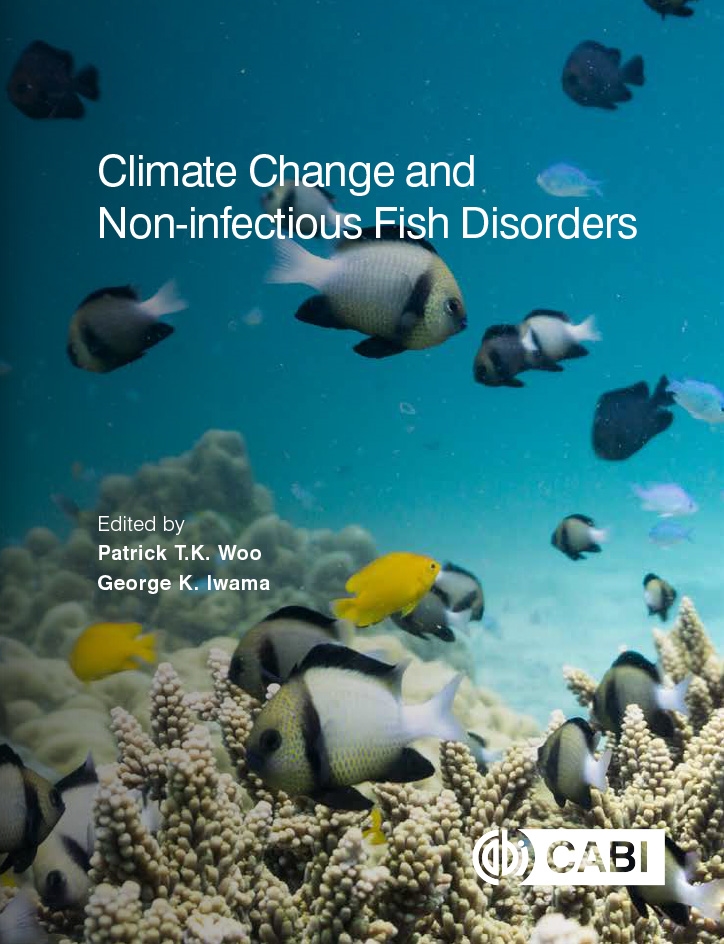 Freshwater, brackish and marine ecosystems are particularly impacted by the effects of climate change and global warming. A global rise in water temperature and acidification of the aquatic environment will continue even if we can significantly reduce the current output of greenhouse gasses. Increases in water temperature will affect the life cycle, physiology, behaviours, distribution and community structure of aquatic organisms, especially fish.

This important new text on climate change, and its effects on selected non-infectious disorders of fish, contains contributions by internationally recognized experts who have contributed significantly to our knowledge in this area. Comprehensive and thought provoking, the text details abiotic and biotic environmental changes associated with climate change and their effects on fish in tropical, subtropical and temperate waters. It proceeds to cover in detail developmental, physiological and metabolic disorders of fish.

Outlining both current and expected changes in aquaculture systems due to climate change, plus suggestions for further studies, this contemporary text is key reading for biologists, aquatic ecologists, fish health consultants, veterinarians, policy makers and all those involved in fish health and the environment.

Patrick has been a faculty member at the University of Guelph since 1974 (Assistant Professor, 1974; Associate Professor, 1978; Professor, 1984). He was also Professor (1993) of Collaborative International Development, and was Director (2002), Axelrod Institute of Ichthyology. The University Senate elected him University Professor Emeritus, and it was conferred at convocation (2006) by The Honorable LM Alexander, Chancellor.

George began his academic career at the University of British Columbia (UBC) as an Assistant Professor (1987), Associate Professor (1991) and Professor (1996). He went on to serve the National Research Council of Canada as Director General of the Institute of Marine Biosciences in Halifax (2000). During his tenure there, he led the initiation of NRC’s newest Institute on Prince Edward Island, the Institute of Nutrisciences and Health (2003). He returned to Academia in 2004 in senior administrative roles at Acadia University (Dean of Science, 2004; Vice President Academic 2006) and Carleton University (Dean of Science 2007). George served the University of Northern British Columbia as President and Vice-Chancellor (2009). Most recently, George was the Executive Vice President at the Okinawa Institute of Science and Technology Graduate University (2014). He has returned to Canada where he is an Adjunct Professor of Zoology at UBC and consults in tertiary education. His work has been supported by a variety of public and private funding sources. Support from the Natural Sciences and Engineering Research Council and the Killam Foundation are gratefully acknowledged. George was awarded the Queen Elizabeth II Diamond Jubilee Medal in 2013. He has published 141 papers, 1 letter, 45 conference proceedings and edited 2 books. He has applied the outcomes of this research to areas such as aquaculture and environmental issues.

Dietary Supplements for the Health and Quality of Cultured Fish

A Manual for Tilapia Business Management