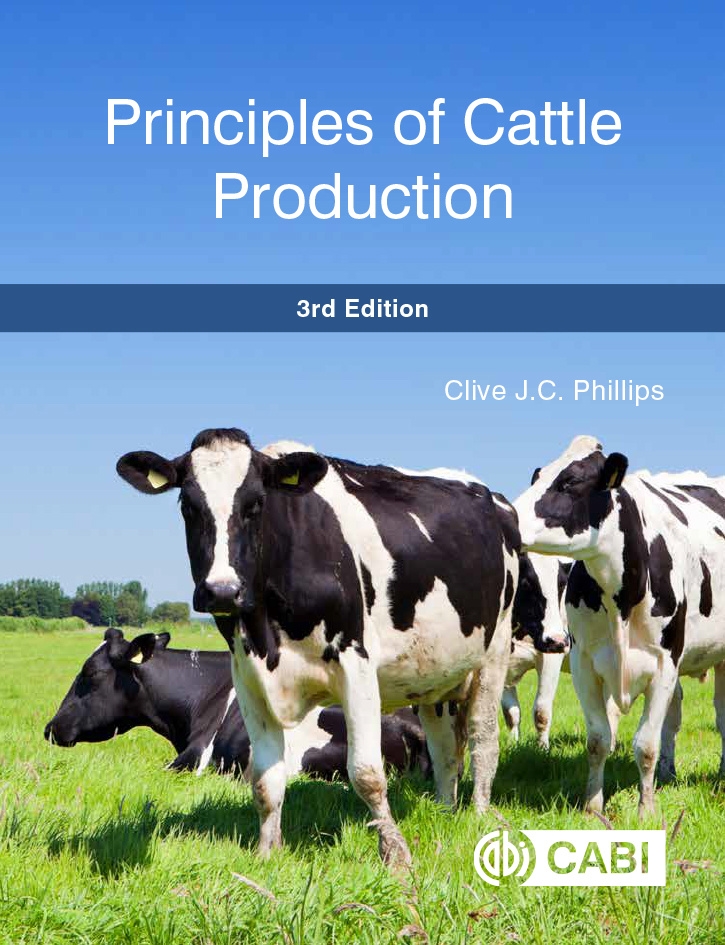 Completely updated and revised, the new edition of Principles of Cattle Production continues to provide an introductory level text for all interested in dairy and beef cattle production systems. This edition presents a vision for a cattle industry that addresses issues about impacts on the environment, the welfare of cattle and the provision of safe and high quality food for an increasingly demanding world population.

- Is expanded to include more on animal welfare, sustainability and production systems in low and middle income countries, including smallholder production systems.
- Has undergone a thorough review of all the existing chapters, with new content on the future role of cattle.
- Contains quality colour illustrations, so that key information can be found at a glance.
- Is beautifully written with many examples and pointers for further information.
- Tackles key issues of sustainability and the requirement for increased production.
- Now contains helpful exercises and other resources for students and their teachers to consider the role of cattle in the world today and in the future.

Suitable for students of animal science and veterinary medicine.

Although the third edition of Principles of Cattle Production looks at cattle production from an international perspective, many of the topics dis-cussed are applicable to farmers and veterinarians in the United States. The text is easy to read and written at a level that will be readily understood by undergraduate students and farmers. The classroom exercise on animal welfare, in particular, is a wonderful resource for teachers to stimulate a productive conversation on critical dilemmas en-countered in real-life cattle production. The breadth of content makes this book a good introductory resource for educating clients and students about all aspects of cattle production. - Elizabeth Brock

Genetics of the Dog