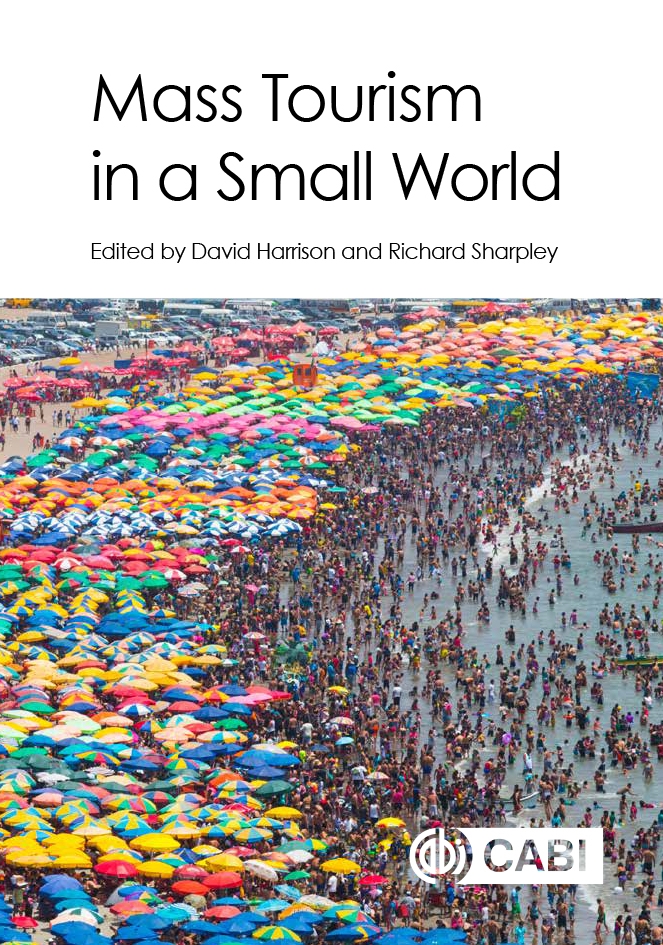 Mass Tourism in a Small World

This book reviews all aspects of the phenomenon of mass tourism. It covers theoretical perspectives (including political economy, ethics, sustainability and environmentalism), the historical context, and the current challenges to domestic, intra-regional and international mass tourism.

As tourism and tourist numbers continue to grow around the world, it becomes increasingly important that this subject is studied in depth and best practice applied in real-life situations. This book:

- Is the first to address a range of theoretical issues relating to mass tourism;
- Uses a wide selection of case studies to translate theory into practice, covering the historical rise and fall of UK seaside resorts, the increase in Chinese tourism, conflict between different mass tourism groups, destination transformation from mass to niche tourism, and specific problems facing cruise ships;
- Is written by a range of international, established authors to give a global perspective on the subject.

Finishing with a speculative chapter identifying potential future trends and challenges, this book forms an essential resource for all researchers and students within tourism studies.

Suitable for researchers and students within tourism related studies

David Harrison has been Professor of Tourism at Middlesex University since 2014. Before then, he was Professor of Tourism at the University of the South Pacific (1996-1998 and 2008 to 2014) and similarly at London Metropolitan University (1998-2008). Since 1987, his research has concentrated on tourism in deveioping societies. He is is author of The Sociology of Modernisation and Development, (Routledge, 1988), and editor of numerous texts on tourism, including: Tourism and the Less Developed Countries, (Belhaven,1992). Pacific Island Tourism (Cognizant 2003), The Politics of World Heritage ( with Michael Hitchcock, Channel View, 2005), Tourism and the Less Developed World, (cab International (l2001). More recently, he has edited Tourism in Pacific Islands (with Stephen Pratt, Routledge, 2015) and, with Richard Sharpley, Mass Tourism in a Small World (CAB International, 2017)

Emotional Intelligence in Tourism and Hospitality