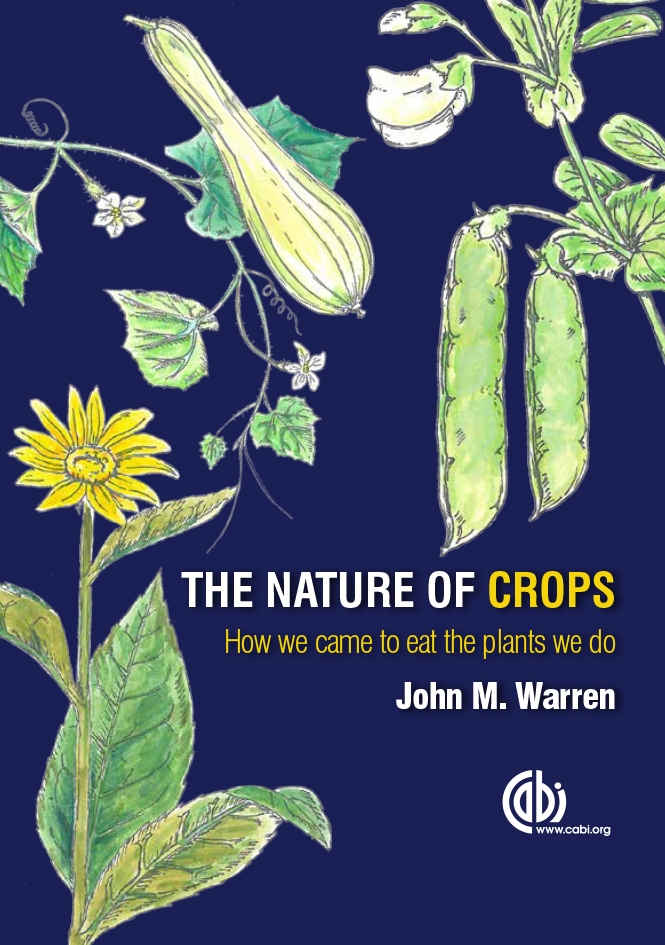 The Nature of Crops

How we came to eat the plants we do

Have you ever wondered why we eat wheat, rice, potatoes and cassava? Why we routinely domesticate foodstuffs with the power to kill us, or why we chose almonds over acorns? Answering all these questions and more in a readable and friendly style, this book takes you on a journey through our history with crop plants.

Arranged into recurrent themes in plant domestication, this book documents the history and biology of over 50 crops, including cereals, spices, legumes, fruits and cash crops such as chocolate, tobacco and rubber.

In The Nature of Crops John Warren reveals:

-Why the Egyptians worshipped onions;
-Why red-flowering runner beans provide fewer beans than white-flowering;
-The inherent dangers of being a pineapple worker; and
-Why a bird will always beat you in a chilli pepper eating competition!

"Glorious in breadth and fascinating in depth, all the short stories means the The Nature of Crops can be read and reread in the room where Sterculius is king." - New Scientist - Adrian Barnett

"The writing is accessible and good-humoured. At times it almost reads like an audition for QI. It would be easy to see Stephen Fry asking, "What product, controlled by the Mafia in America in the 1920s and 1930s, would later launch Marilyn Monroe's career?" The answer is, of course, the artichoke." - Alun Salt, AOB Blog - Alun Salt

John Warren is Director of Education at Aberystwyth University. He has an academic interest in the sex-life of plants and a recreational interest in all things edible. Formally a cocoa breeder, he worked on the world chocolate gene bank at the University of the West Indies in Trinidad. Whilst there he published scientific papers on the unusual sexual practices of Caribbean cocoa and also pried into the private lives of several less familiar tropical crops including the star-fruit and tree cucumber. Prior to working in the Caribbean he spent two years literally sowing wild oats at the University of Liverpool. He has made regular appearances on BBC Scotland’s Beechgrove Potting Shed. The research for this work has relied heavily upon consultations with strawberry pathologists, rhubarb tasters, chocolate scientists and coffee geneticists, better known to the author as friends.