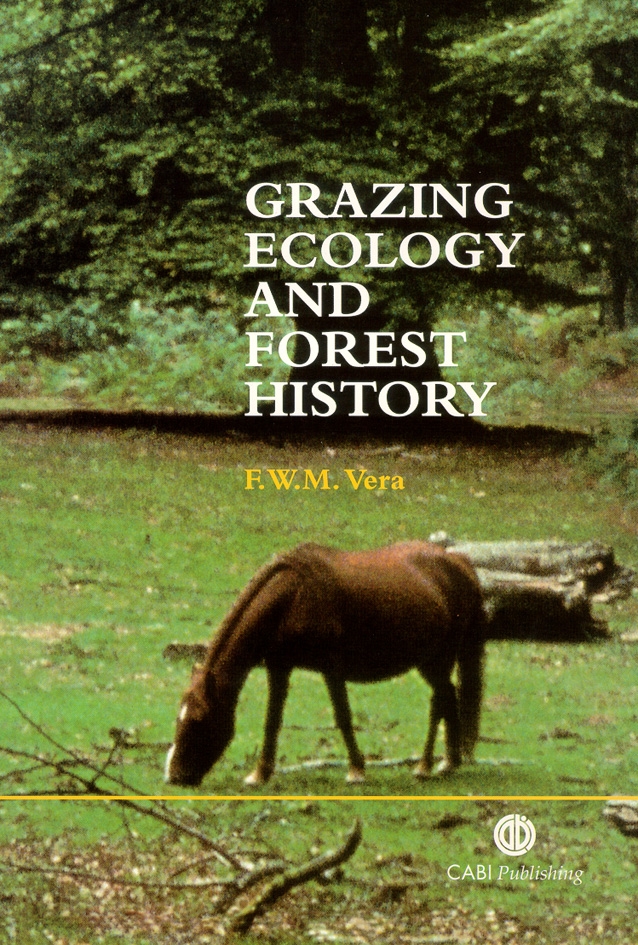 It is a widely held belief that a climax vegetation of closed forest systems covered the lowlands of Central and Western Europe before humans intervened in prehistoric times to develop agriculture. If this intervention had not taken place, it would still be there and so if left, the grassland vegetation and fields we see today would revert to its natural closed forest state, although with a reduced number of wild species. This book challenges this view, using examples from history, pollen analyses and studies on the ecology of tree and shrub species such as oak and hazel. It tests the hypotheses that the climax vegetation is a closed canopy forest against the alternative one in which species composition and succession of vegetation were governed by herbivores and that the Central and Western European lowlands were covered by a park-like landscape consisting of grasslands, scrub, solitary trees and groves bordered by a mantle and fringe vegetation. Comparative information from North America is also included, because the forests there are commonly regarded as being analogous to the primeval vegetation in Europe. This title is a revised, updated and expanded translation of book published in Dutch.

Vera's book is a major contribution to a stimulating debate. Forest Ecology and Management, June 2002 "Inspirational, scholarly and supremely well-argued", Keith Alexander, woodland specialist, British National Trust "One of those potentially paradigm-shift books", Keith Kirby, woodland ecologist, English Nature "A magnificent book, a landmark book, of the very greatest importance to ecology and conservation". Francis Rose, a leading British field botanist "One man is challenging the time-honoured picture of the landscape our ancestors inhabited". Gail Vines, New Scientist, 7 September 2002 "How has the landscape of Europe changed? In pre-agricultural times, was it largely dense forest as is often assumed? Vera has provided an alternative interpretation..." William J Sutherland, Nature, 22 August 2002 "F W M Vera has written a provocative and simulating book". "It should be read by all concerned with forest and landscape ecology and conservation".Journal of Biogeography, September 2002 "Grazing Ecology and Forest History is an important and fascinating book and it has been published not a moment too soon, for the last vestiges of "natural" Europe are currently slipping away unrecognized. Technical in nature, it is likely to be read by relatively few, yet so explosive are its implications that it may well set off a revolution". The New York Review of Books, March 2003